Like Kojo Cue said, "Though money can do everything, it is not everything but never make it seem money is not anything". This guy over here raised the bar far too high and I am sure many girls are going to put pressure on their innocent boyfriends to replicate his actions.

Please, just know not all men are the same. Don't disturb the inner peace of your boyfriend by comparing the achievements of some people to them. You never know who sponsors the people you are using as your "set target".

To all those boys who are going to experience pressure from their girlfriends because of this picture, please don't be moved by their actions. You can get drowned in the pressure to the extent that you will have no option but to obtain money illegally so as to make someone's daughter happy. 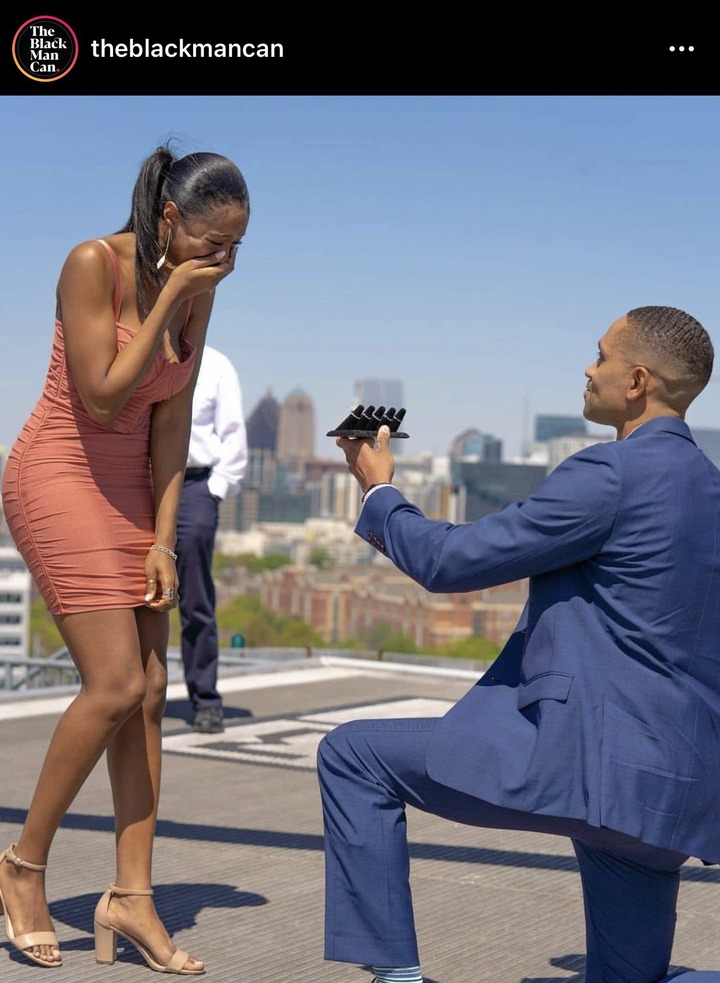 It's cool making someone's daughter happy but think twice before acting if you don't have the resources to make her feel like a queen.

During proposals, men usually kneel down and pull out expensive rings asking for the hand of their partners in marriage by posing the question, "Will you marry me?"

These days, women even propose but men dominates in the "proposal game"

This handsome guy on Twitter didn't pull out a single ring, he put out many rings and gave his girlfriend many options to choose from. This is the power of money. 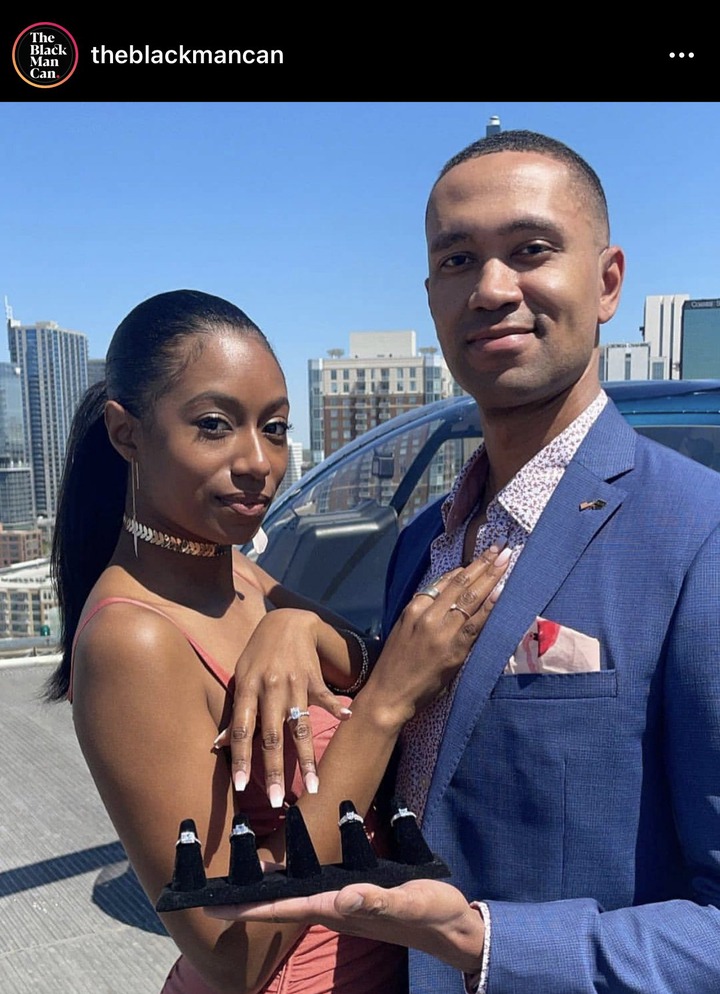 Never have I seen anything of this sort. He gave her five whooping options to choose from. Who does that? This guy has certainly made history

This picture is circulating on Twitter and people can't stop talking about it. A Twitter user known as @ToriToreyTorrie graced us with this cute picture. She posted it and used the caption, "Homeboy gave her options" and the replies she's getting is just marvelous.

This guy is very rich. At the end of it all, he gave her all the five rings even though he asked her to choose one out of them.

There is no way these rings are not going to be expensive. I wonder the amount of money he pumped into getting this beauty. 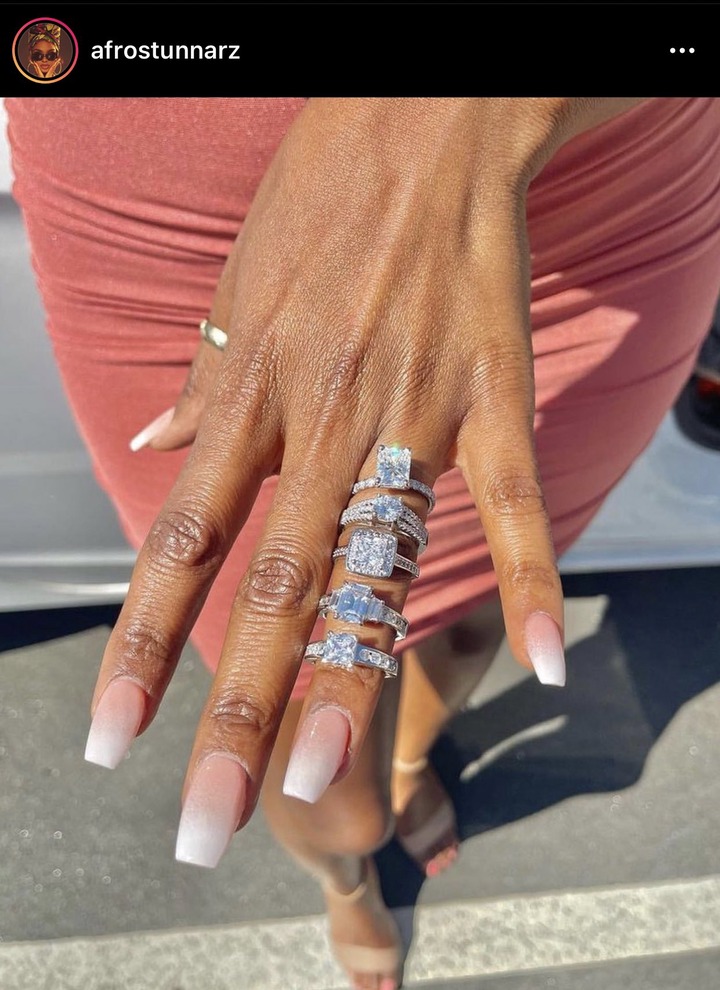 1. @leeknelly thinks this is a very big problem since the guy has raised the bar far too high. She added it with a meme in which two girls were laughing which is an indirect shade to broke men. Apparently, they have to work extra harder to catch up with rich men.

This world is not fair!!!

2. Daniel is fed up. Even though he's doing his best in life but he has realised the bar this rich guy set is way above him and he just can't compete.

Nick came in with a nice reply telling Daniel not to be drowned by the pressure of social media. If a girl loves you, it doesn't matter how rich you are, she comes in for love and not the numerous rings you'll give her.

3. The last comment is what got me. Many people after seeing this will assume it is normal to attain that height and strive to replicate the exact thing even if it will cost their lives. She's asking people not to expect this from anyone in real life because it will finally end in disappointments.

What do you think about this whole beautiful thing? You can make me know in the comment section. Don't forget to like and hit the follow button.