Ghanainans cannot stop talking about the latest occurrences in the music industry. Self acclaimed Dancehall King Shatta Wale has been in the news since yesterday and the way the case surrounding him is been handled if he is not lucky he might be prosecuted like Josephine Panyin Mensah's case. Shatta Wale on yesterday was reported to have been allegedly shot by some unknown assailants or gunmen but it turned out to be a prank that he pulled on Ghanaians, the police service and importantly the prophet who prophesied that he will be shot by armed robbers on the 18th of October, 2021.

The Police Service on yesterday evening revealed that, they have been searching for him but all their efforts have been proven futile. 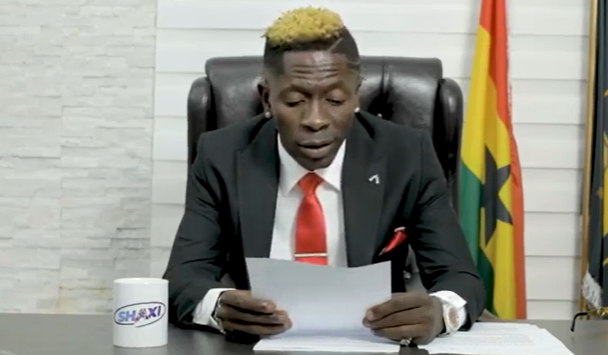 And just this morning, Shatta Wale took to his Facebook platform to let Ghanaians, his family and friends to know that he actually faked yesterday's incident. He asked his friends, family and his fans to forgive him for what happened.

In the write up to Ghanaians he also said that he did all that just to let the police know that if they can't protect him from threats then he will do what is best in the eyes of God to survive. He said the police service heard what the Prophet said concerning his deaths but nothing was done about it, so he won't wait for the Police Service to call his father and tell him that his son has been shot 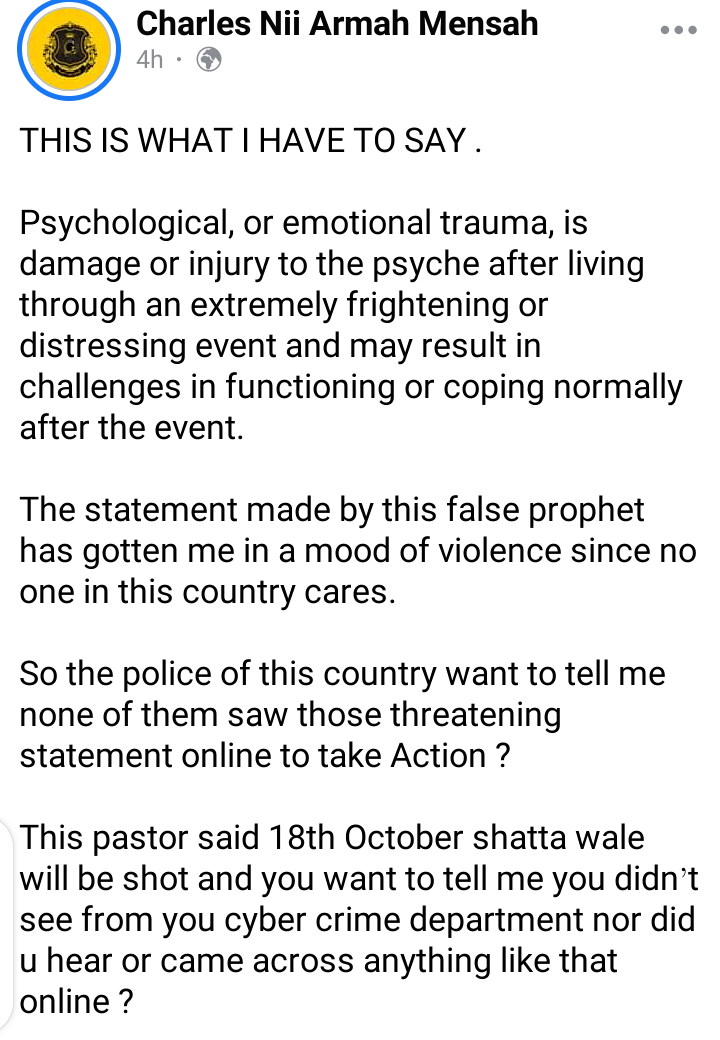 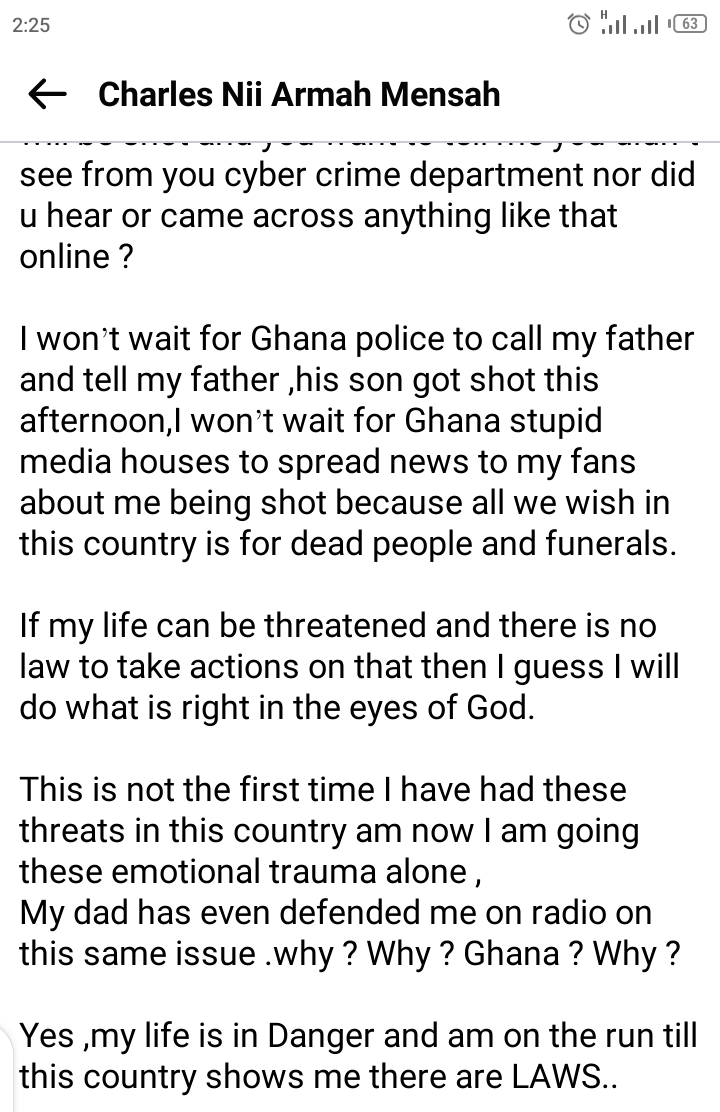 And just this morning the Ghana Police Service arrested the Prophet who had earlier in the year prophesied his death through gunshot. Shatta Wale's prank made the police service to arrest the prophet, besides if nothing had happened or if Shatta had not done that he wouldn't have been arrested by the Police Service. 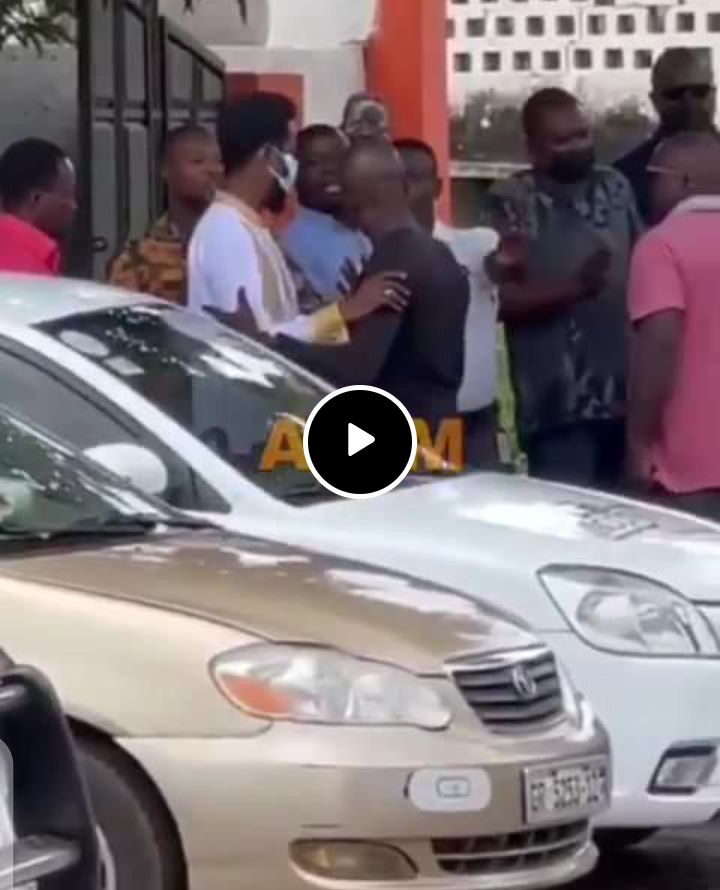 Shatta Wale's action rather placed the Police Service on their toes to do what they were supposed to do a longtime ago. He should rather be praised and not criticized.