Tv3 Ghana Launched 'Date Rush' season 6 and 7 last night. And these seasons are expected to be in session for about Twenty Six (26) weeks. It may end in Six and half months time. Probably in July thereabout.

Apparently season 6 and 7can not be launch without referring audience and viewers to the previous seasons (4 and 5). What has happened in those seasons and what they should be expecting or if there is any change in the show. Of course there wasn't any changes compared to the previous show. Except for the fact that Date Rush podium were more decorated and the light colour is a bit dimmer. 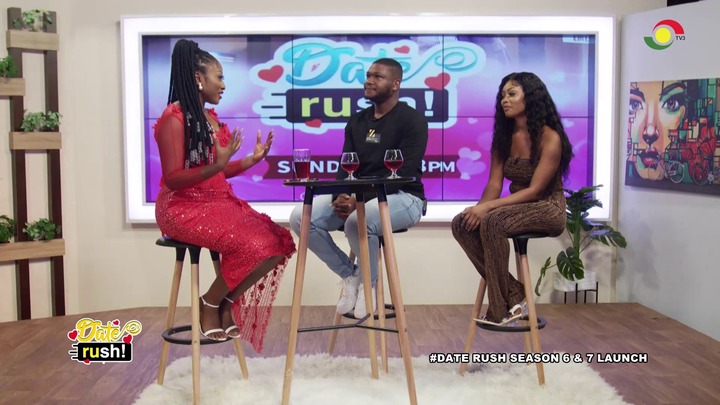 The Head of Date Rush season 4 and 5, Dzato and Grace who also double as Best Couple of the season (Yeah) were there with Anita (Co-host) to express their experience from the last season. And also give advice to the Love seeker‘s in the up coming season. "Dzato and Grace, their relationship ends in tears", so what advice can they give? They could only talk more about the trips to Dubai. Grace said that the trip was a remarkable one though yet there were certain things she felt uncomfortable with; she sharing a hotel room with Dzato. In fact, she added they even slept on the same bed. An.. And... She was talking and Dzato interrupted. He said even though they aren't in relationship but they are close in friendship. He also pretended as if he wasn't okay sleeping on the same bed with a lady he had dated. Hmm. "I thought the two of you were couple, why complaining about sharing the same room and bed? Queens size bed in that matter!! That was Anita asking with some kind of confusion and seriousness. 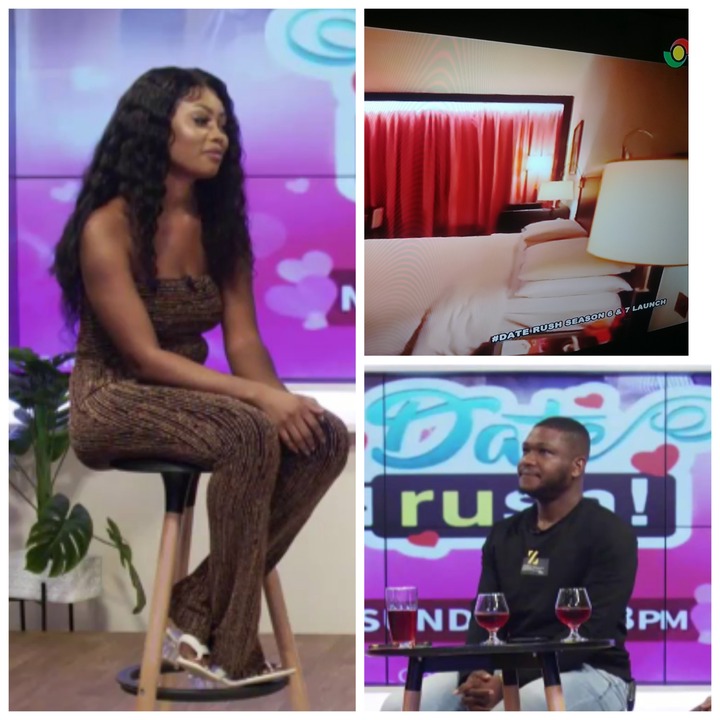 Talking about Best Couple of the year. The Award, Dubai Trip, Booking and other preservation were made before their breakup. If they are not in a relationship they could have just forfeited the trip. Perhaps, forfeiting the trip can also bring a bad reputation to Date Rush show. Probably one may think without justification that Tv3 is just building castle in the air. In that case they were forced to be couple in disguise just to make things happen.