Sammy Gyamfi, Do Not Be That Cynical: Kweku Baako Tells Sammy Gyamfi In The Face 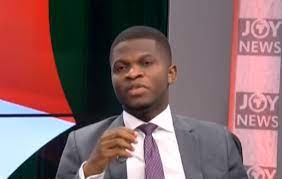 Today, Kweku Baako Jnr and Sammy Gyamfi joined Randy Abbey on the Good Morning Ghana Show, Metro TV. Speaking about the matter of the vetting of the Special Prosecutor, Sammy Gyamfi explained that he has no issue with the appointment of Kissi Agyabeng as he had not been seen clearly speaking against his appointment. Sammy Gyamfi went ahead to say that there were certain issues that were being investigated before Martin Amidu resigned. Thus it is of the best interest of the country for Kissi Agyabeng to continue with that task. He went ahead to explain that the CID and the other investigative bodies obviously cannot handle this issue as they have no credibility. 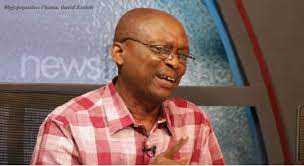 "Even before his appointment, the Office of The Special Prosecutor was seized with a matter which was in an investigative process. He is just coming to continue from where his predecessor ended. My point is that it is in the interest of the Republic investigate this matter because clearly, the CID cannot be trusted to conduct any credible investigation in this matter. . So if it is not the CID, then who else.", Sammy explained. 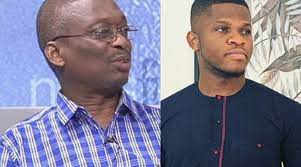 Interrupting Sammy Gyamfi, Kweku Baako told him not to be cynical. He explained to Sammy Gyamfi that these bodies were state and governmental bodies. Thus, he must not speak in that matter

"The National Intelligence Bureau, EOCO. Sammy please do not be that cynical. These are institutions of state.", Kweku Baako tells Sammy Gyamfi

The Popular Fruit Drinks Which Contain Harmful Chemicals, FDA Cautions And Recalls Them

Is This Mahama's Fresh Strategy To Weaken Bawumia's 'World Bank' Of Votes?

He Needs A State Burial: Ghanaians Massively React To The Death Of Western Togoland Leader