By VeronicaPenelopeOnuman (self meida writer) | 1 months

News of reunion of depressed comedian Funny Face and his Baby Mama, Ama Vanessa was greeted with excitement by fans and players in the entertainment industry, but Counselor Cyril George Lutterodt has described the entire episode as the worst blunder anyone could commit in a relationship.

Clearly, disgusted by the development which was widely covered by bloggers and media houses in the country, the self-acclaimed counselor condemned the reunion, blaming actor Kwaku Manu for facilitating the move.

“Kwaku Manu has done Funny Face and Ama Vanessa a great dis-service!” he huffed and puffed on Okay FM on Thursday.

“All through Funny Face’s mental ailment. He kept calling for “Ellembelle”, pet name for his twins Ella and Bella and not his Baby Mama. Simply put, the guy is not seeking a reconciliation with the Baby Mama. He only appears to say, he missed his children period!” he said.

The counselor affectionately called the love fixer, went on to say that he was even more disappointed in the Baby Mama who allegedly succumbed to pressure from Kwaku Manu to come to the rehabilitation center with the children to visit the depressed comedian.

“It beats my imagination why Ama Vanessa would cling on to a relationship that ended up putting the name of her family in disrepute.

“Funny Face did not only physically abuse this woman, but hurled unprintable words against her mother and their entire family. Why are you still hanging on to such a man? You are a beautiful woman and will get a worthy man to marry you any time and day. That’s why I am disappointed in Kwaku Manu for arranging this entire visitation episode with all its ramifications,” George Lutterodt retorted. 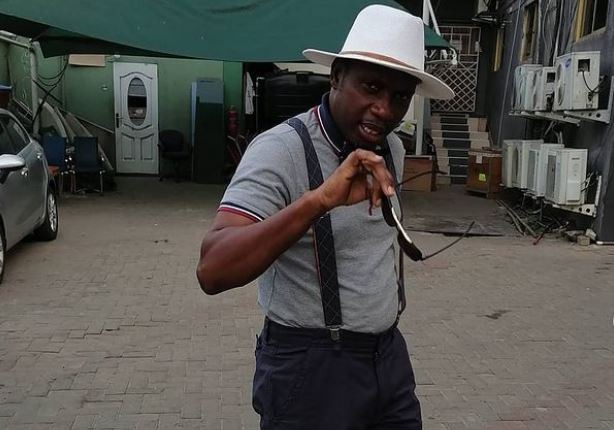 According to him, a rehabilitation center is supposed to reform the man and for that matter anything he craved for and he was at liberty to access when he was living well, ought to be taken away from him to serve as a motivation to recover quickly. If those things that matter to him like; his children, social media and friends are all brought to the facility then there’s no motivation for him to strife to become better.

The children and Baby Mama were not supposed to go there. If he truly wants his family back, he must work on himself at the rehabilitation center to recover before he comes out to reclaim his family.

This development comes after Comedian Funny Face was arrested for discharging a fire arm at a pub over an altercation earlier this month. He was referred to seek help at a mental facility after he was arraigned before court over the matter by the court.

Content created and supplied by: VeronicaPenelopeOnuman (via Opera News )