By Laazio (self media writer) | 5 months ago 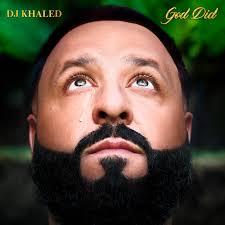 The hip-hop star gained first popularity in the 1990s as a radio host on the radio station 99 Jam and translated his popularity by working with Terror Squad as a DJ for their live performances. The hip-hop star released his first album in 2006 which earned him a gold certificate, followed by his second album called We the Best which was also released in 2007 and many more. 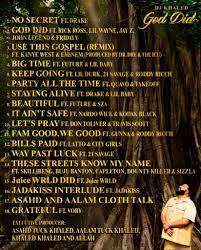 God Did was released yesterday via We the Best/Epic Record and this album comes from the hard work of the hip-hop star. Like so much of his tracklist, it’s filled with A-list collaborations, from Drake to Kanye West and Future, R&B artists SZA and John Legend, Jamaican dancehall stars Buju Banton, Bounty Killer and Sizzla, and there’s a contribution from the late Juice WRLD.

Containing 18 tracks, the album also contains “Staying Alive,” the Drake and Lil Baby-assisted update on the Bee Gees’ disco classic. The first single from God Did, “Staying Alive” debuted at No. 1 on Billboard’s Hot Rap Songs and Streaming Songs charts, and peaked at No. 21 on the Official U.K. Singles Chart, for his best performance there in two years. 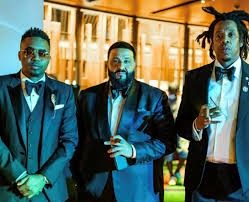 “To get to a 13th album is, like, beyond incredible for me,” he told Billboard‘s Carl Lamarre,. “The greats that I look up to, when I see how many albums they put out, I’m on the right track. And I know how hard it is to be in this game — some people can’t make it past their first single or their first album.”