By TheNewsPod (self meida writer) | 15 days

He did not say the title though or give any information on it, he just posted an image of himself in gold grills and captioned it "New music Tomorrow". 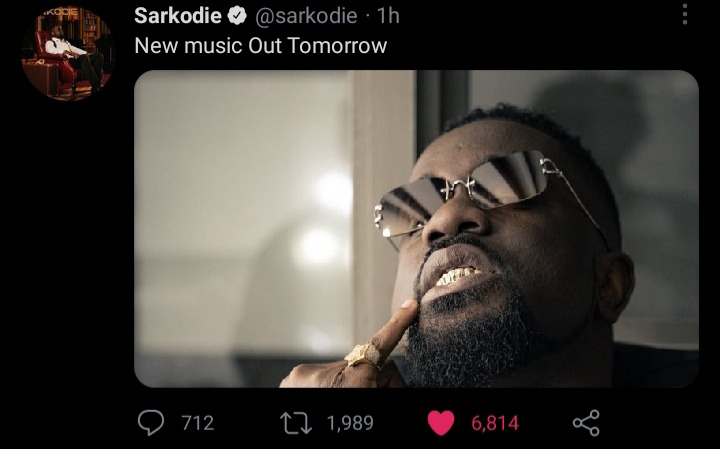 The comment section was packed and thrilled. Sarknation has been waiting for him to release a song since last year, though he has been featured on numerous songs, they say it does not count.

Sarkodie has been in the UK since, and he is back now. Sources stated that he came back last weekend. He had an interaction with his fans over the weekend on Twitter. Looks like most of their grievances have been fulfilled.

Content created and supplied by: TheNewsPod (via Opera News )