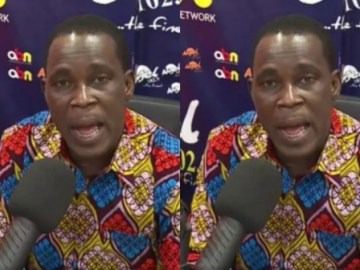 Ghanaians greeted a series of strange news when a young man was reported to be carrying a white coffin in the middle of the night on the streets of Abuakwa Manyhia in Kumasi.

This strange occurrence prompted many to assume that the young man, who has not yet been identified, was carrying out an occultist ritual.

The man who wanted to perform his act unnoticed was caught by an eye witness who was seated outside because he had problems sleeping at 1am.

Apparently, he was carrying the coffin on the top of his car. An enquiry by the eye witness as to the strange activity led the culprit to lie that he was carrying out a task for the priest of the town. The priest however confirmed that his statement were lies when he was contacted.

Neighbors and bystanders gathered near the scene then got upset and started beating the culprit as they believe he is trying to use people in the community for some sought of rituals.

Angel FM (102.9) has been covering the case and thus contacted an expert in spiritual matters for more clarity as to the strange behavior, and for explanation of what was found in the white coffin. 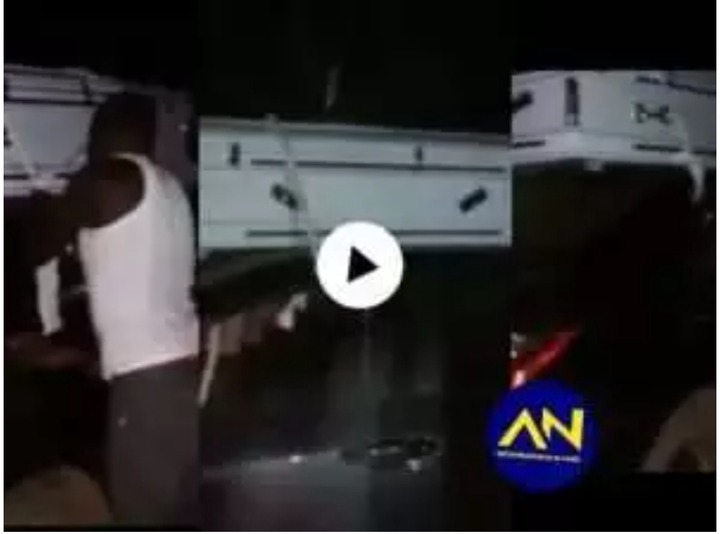 The expert states that, the 8 padlocks found in the white coffin represents the number of humans needed for whatever activity the mysterious man needed to carryout.

The expert who Kwadwo Dickson referred to as "Ambassador", continued to state that those who do not have a strong spirit or strong willpower are those danger, especially those near the incident.

He further educated the news castors as to the different spiritual characteristics that humans have.