Why the dancehall king Shatta Wale changed his name from Bandana

Shatta Wale is a great artiste hail from many people in Ghana and Abroad. But at first he was called 'Bandana' but now he is known everywhere to be Shatta Wale,why? Lets check out. 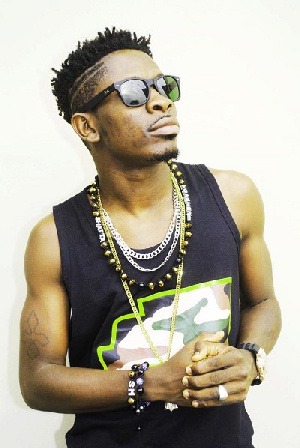 Some years ago,dancehall artiste Bandana re-emerged in the Ghanaian music scene after about 10-years 'disappearance' with a new name .The artiste who was popular for the song'Moko Hoo' wanted to be known as 'Shatta Wale' .

His 'second coming' happened as a results of him losing out a Dancehall category award to Kaakie at the 2013 Ghana Music Awards. Backstage,he called the winning artists and the organisers and gave them all sorts of derogatory and unprintable words,that act as bad as it was happened to be his breakthrough moment. He also recorded videos in which he called 'CharterHouse' and its CEO names,leading to the former being sued.

In an interview with MTV.CO.UK,Wale spoke about why he decided to change his name from Bandana to his current moniker. Lets proceed with what Wale said,

"Well, it was rebranding I want to explore more into the world. I want to make my song known by the bigger markets and as a dancehall artiste, I thought that the name Bandana was a bit local for the international market. Because we all know what a Bandana is,but I had a different meaning for it. Later on, I decided to get that will at least cause a news,the only name that could do was Shatta". He also claims the decision has been financially rewarding. "But most Nigerians think that I'm Nigerian because of it . It's good as a marketing strategy because anytime I go to Nigeria, people always ask if I am from there and I'm like 'No'. They have a different meaning for Wale,so I just felt let me add the "Wale" to the "Shatta" and see how it goes and I think it has really worked. It's an African ting"