If You Are Planning To Marry A 'Ga Adangbe' Lady, Do These Things If You Want To Be Accepted

Marriage rites are treated with much regard and honor in Ghanaian culture. It is a whole lifetime decision of a man who wants to leave the rest of his life with a woman. Marriage is a very crucial and sacred institution in the life of the Ga-Adangbes. In their custom, marriage is considered a duty and a requirement from the corporate society, and a pattern of life in which all must follow.

The Ga-Adangbe people of Ghana grip the marriage process dearly as they see it as the compliment of their cultural and religious beliefs. As custom demands when a man is seeking for a lady to marry in the Akan tribe, there are certain requirements he must fulfill in other for him to be accepted by the lady's parents, likewise the Ga-Adangbe people also do the same. So if you are planning to get married to 'NAA, DEDE, KOKO', or any beautiful and adorable Ga-Adangbe lady, then sit comfortably and go through this article and know what you are supposed to do in other for you to be accepted. 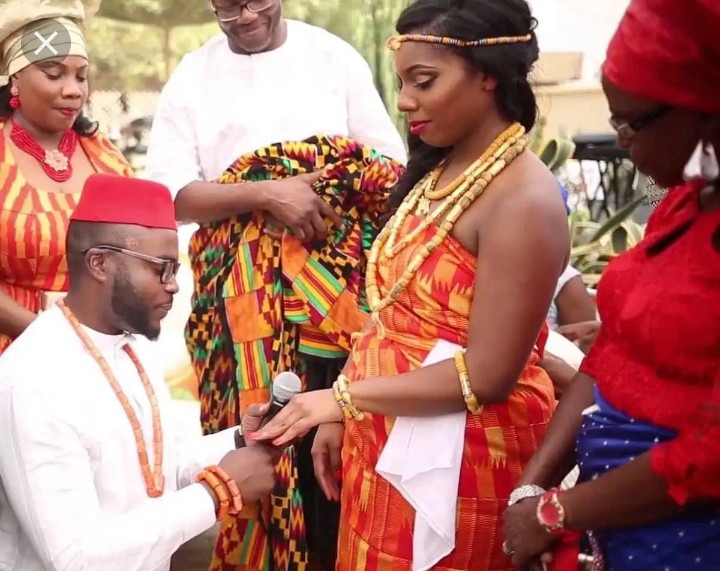 In Krobo customs, before any marriage can be contracted between any couple, 'Se Pomi' (investigation) is first done by both families, especially the man’s family. This is done to ensure that there are no strange or hereditary health problems or any bad characters in the family. This is a key element in Krobo/ Dangme marriages. They the saying goes, A hyɛɔ to nyɛ nane loko a heɔ e mi bi which means “one looks at the legs of the mother sheep before one buys the kid”

Now after the investigation is done, the mother of the man in company with an aged woman seeks a permit to inform the would-be mother-in-law for the hand of her daughter in marriage. This unofficial rite is done so that the would-be mother-in-law will inform the husband of plans to have their daughter married. The amount paid upon visiting the mother of the woman is not fixed since depending on the family. This stage is known as 'Tsutsumi lemi'.

Then after the tsutsumi lemi is the He Sijemi which is the self-introduction where the formal marriage rite begins. This ceremony brings together the families of the man and the lady. At this gathering, official information from the man's family is given out to the woman's parents expressing the wish to marry their daughter. This rite customarily attracts two bottles of Schnapps. Before the acceptance of this drink, the man’s family must have already given out a drink (the previous night) for putting the girl’s family to sleep which is known as Sihwɔmi da, and a drink for waking them up the morning of the marriage ceremony which is also call Sitlemi Da. 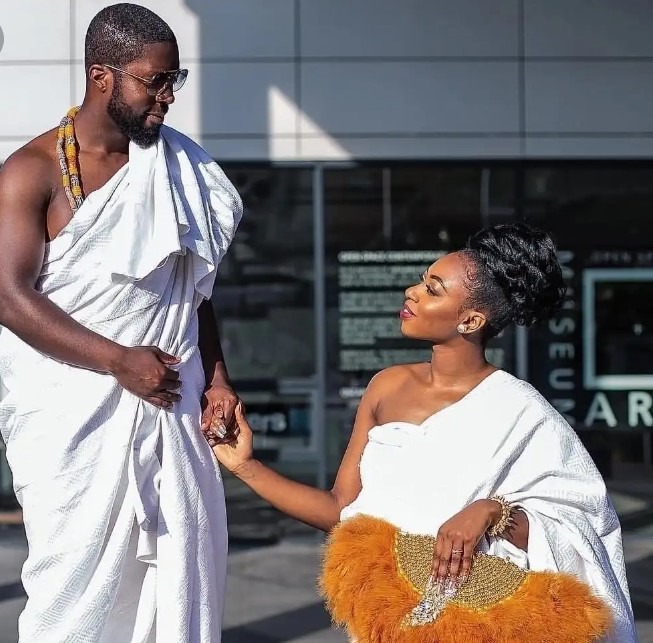 The next stage is called Yobami which is the bridal permission and it marks the end of the preliminary official rites according to Krobo tradition and open way for Yo he nitsumi . Here, the man's family official asks permission from the girl’s family to have the girl given to them. This enables the woman to move to the man’s house. For this, the man’s family is made to present two bottles of Schnapps.

The final rite is called Fia Peemi which is performed during the marriage ceremony which is normally done in the Paternal Home of the wife by two elderly firstborn women (‘Wemi Dedehi’). The items needed for the performance of this custom are;

• An amount of money and a leaf.

In the performance of this rite, two elderly firstborn women (Dedehi), of moral uprightness from both families are selected to do it. These women by customary demands should have had all their marriage rites performed for them by their respective husbands. This notable rite is taking place at the entrance of the Father-in-law’s room where none of the couples are allowed to witness this rite. In the course of this rite, the bride's representative (one of the ‘wemi Dede’) sits inside the room while the groom's representative (the other ‘wemi Dede’) sits outside the room with the door sill (Sinya poku) in between them. The other people who matter most in this ceremony are the two linguists representing both families, as well as the many family members. 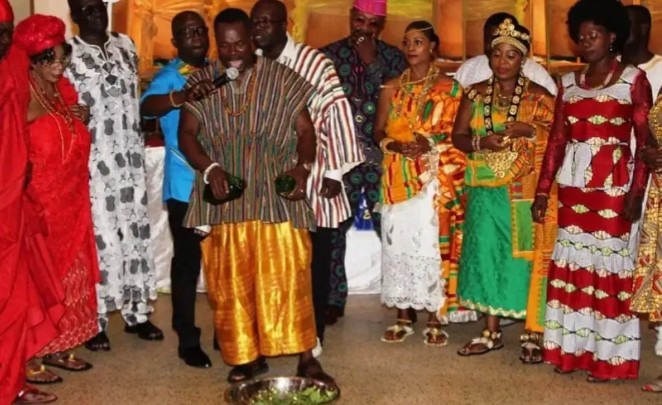 Before the start of the rite, the head of the bride’s family pours libation with the Da tsu or tsomi da to God, the ancestors, deities, and all invisible beings to invoke their blessings for the marriage. The next step is the breaking of the leaf or the blade of grass. This ceremony is known as ‘Gba yi pomi”. In this ‘Gba yi pomi’ ceremony, the two women representatives hold the blade of grass or the leaf under their crossed knees. They then pull the leaf until it breaks into two parts. They exchange the broken leaf three times under their knees. While exchanging the broken leaf, the representative of the bride says: “Fiaa, I jɔɔ nɔ ha mo” (I bless it for you), and the groom representative responds by saying “I sɔle” (I accept). The two representatives drink from the same glass in their sitting position and share the money equally among them amidst the singing and dancing of Klama songs as a sign of unity. The group that performed the rite then moves to the main marriage grounds to inform the elders about the success of the ‘Fiaa pemi’ rite accordingly.

Marriage is indeed a joyous and merry-making ceremony among Ga-Adangbes.

Meet The President's Daughter Who Happens To Be A "Fulani". (Pictures)