He Is A Living Legend; Check Out Six Awards Won By Augustine Abbey.

By _Genuinenews (self meida writer) | 17 days 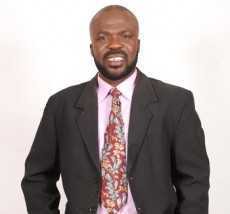 Ghanaians are blessed to have certain personalities. Comedy can be performed by anyone at anytime. However, certain people naturally have a funny appearance, funny way of talking and acting, etc which pass them for a comedian. One such individual is Augustine Abbey. He is an industrious alumni of the famous Presbyterian Boys Senior High School.

He is a veteran actor who started active acting as early as 1970. He is well known by his stage name, Idikoko. He was a Ghanaian actor, movie maker, comedian,producer, director and film writer. He has produced and starred in a BBC documentary and also directed and produced a film on HIV and AIDS in partnership with UNESCO and Esi Sutherland-Addy's MMOFRA Foundation.

Aside the film industry, he runs the Great Idikoko Ventures. Linda Quashiga is his wife She is the pillar of all his achievements.

Check Out some of the awards won by him.

Hearts vs Kotoko match day 31: The determiner of which club wins the 2020/21 Ghana league season

Did the IGP goof in the quest to raise morale in his men?

Asante Kotoko: In-Form Emmanuel Gyamfi Must Face The Law Regardless Of The Time [Feature]