A video has surfaced online and has gone viral on social media. Ghanaians could not bring themselves to believe what they have seen in the video since they believe that it was impossible for a real occurrence to take place in such a manner.

It is common knowledge that mostly, movie producers and actors seek to take advantage of viral stories in order to capture the attention of the populace. Since the LGBTQ debate is intense in Ghana, it is possible for movie producers to take advantage of the issue and make stories out of it.

It is however noteworthy that since the issue of LGBTQ is a national issue, producers and actors must be weary of the sensitivity of the issue and might not think of making fun of it. 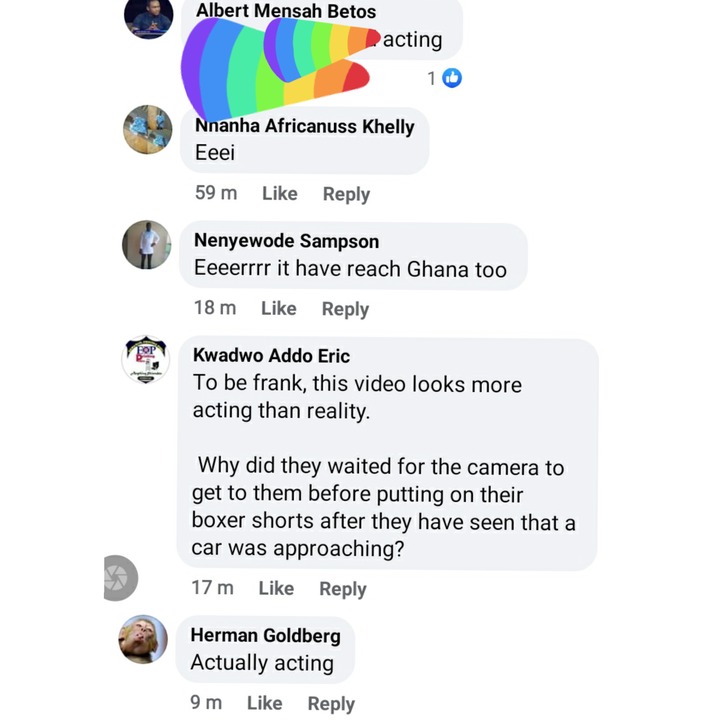 In the reactions above, Khelly could not believe his eyes and has expressed shock at the act in the video. The reaction of Sampson to the video has also proven that he is in shock at what is going on.

Kwadwo Addo actually believes that those in the video are simply acting. He has alleged that they could have put on their shorts before the lady with the camera would get to them.

It can however be argued that they might not anticipate that a car might stop by and attempt to capture them on camera, and so they can decide to continue their act even as they have seen the car passing. If they are so engrossed in their act, they might even be oblivious of the things going on around them, and so they might not notice the car that has passed early enough.

It should however not surprise you that he is not the only Netizen that believes that. Mark likens the video to a concert party, and King Clitt has alleged that it was staged. Asakinaba also believes that it is staged and has reacted as such. 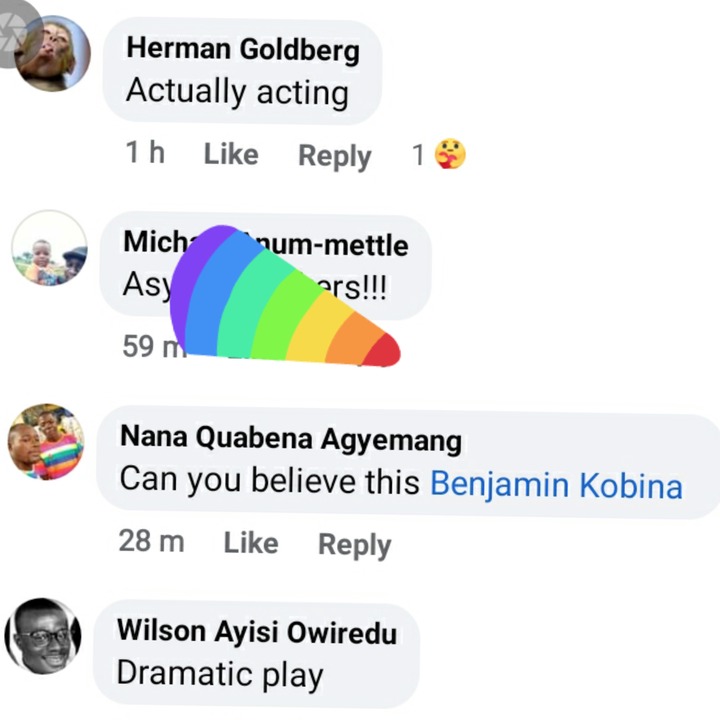 As you can see above, majority of the reactions prove that Ghanaians disbelieve the act. Is that because it is true that the act is staged or they just couldn't bring themselves to believe it.