It is a known fcat that death is the only price that every living Creature must pay, no matter the age or the level of our influence, fame, Popularity and acquisition of wealth in the Society. There is no human being that is immune to death, as we all will surely bow down to Nature Someday. And the word "Late" will be added to our Names, just as it has been added to the Popular Female TV Presenter that died Few Hours Ago.

There is a trending story that has virtually gone viral across all social media platforms, where a Female TV Presenter has reportedly died unexpectedly. 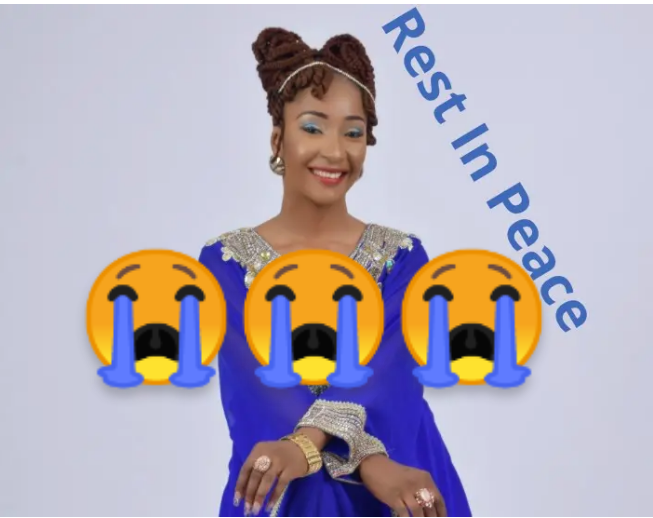 According to the information gathered by "Punch Newspaper", the prominent Television presenter whose name was given as "Rachel Bakam", a 38 year old woman and a mother of one, died of "Anaemia".

It was gathered that her Brother "Armstrong Bakam", was able to discover that she had Anemia, and had her admitted at the hospital few days ago, but she later died few hours Ago at the same hospital.

In the statement gathered he said:

"Presently, her dearest mother is not in the position to utter any word. "Late Rachel" was 38 years old when she died, there was Every tendency that she would have clocked 39 on 11th September 2021, if she had not met her Untimely death. She is survived by her son", He Said. 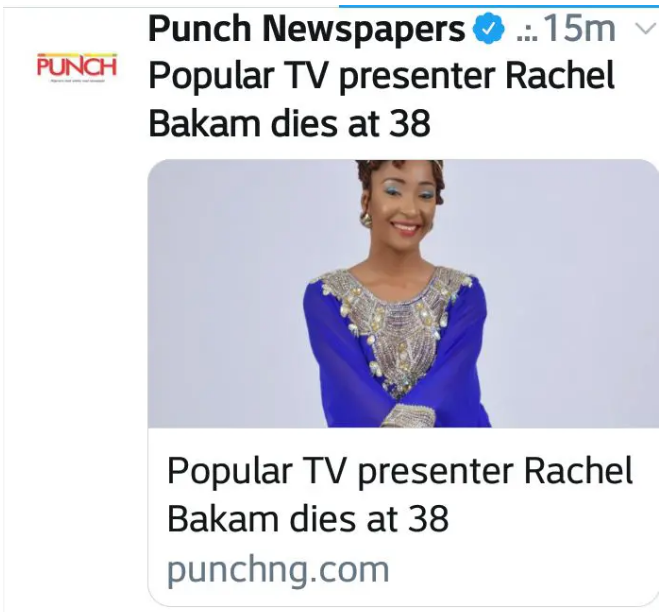 Furthermore, her brother "Armstrong Bakam stated that before her sudden Demise, she had earlier requested that her family members, should pray for her through the family's WhatsApp group precisely last Sunday, as they thought that she was going to recover. But it turned that she didn't survive the sickness. Adding that the news of her death has got many people shocked, and certainly her family members will miss her demise.

Meanwhile, "Rachel Bakam" was born in "Kaduna state Nigeria". She grew up there and had her primary and secondary education in the state. She also attended her University Education in "Ahmadu Bello University Zaria", where she studied English and Theater Art. She further studied "Digital Filmmaking in New York".

May the Gentle Soul of Late Rachel Bakam rest in Peace.