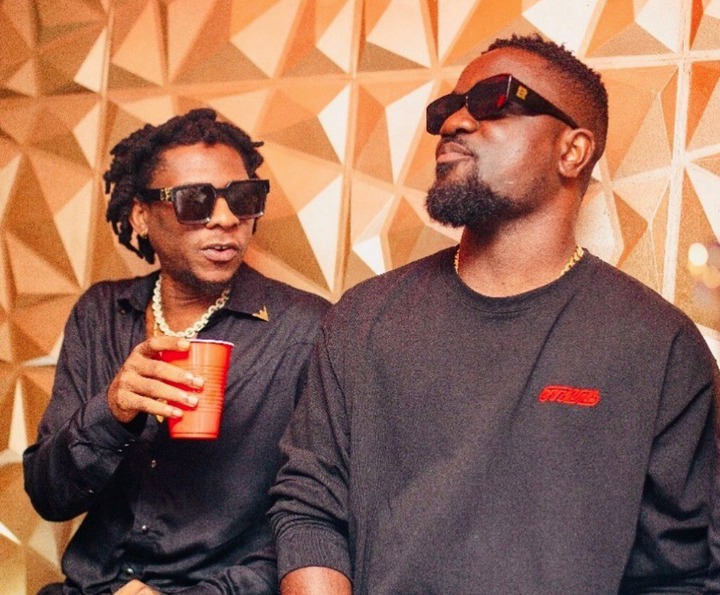 Ghanaian singer and songwriter, Rashid Abdul Mugeez, known by his stage name as Mugeez has stated a reason that could lead to Sarkodie ignoring calls and texts.

Days ago, Sarkodie in a tweet; "Y'all get my brother @casspernyovest a 🇬🇭 passport ASAP !!!!". 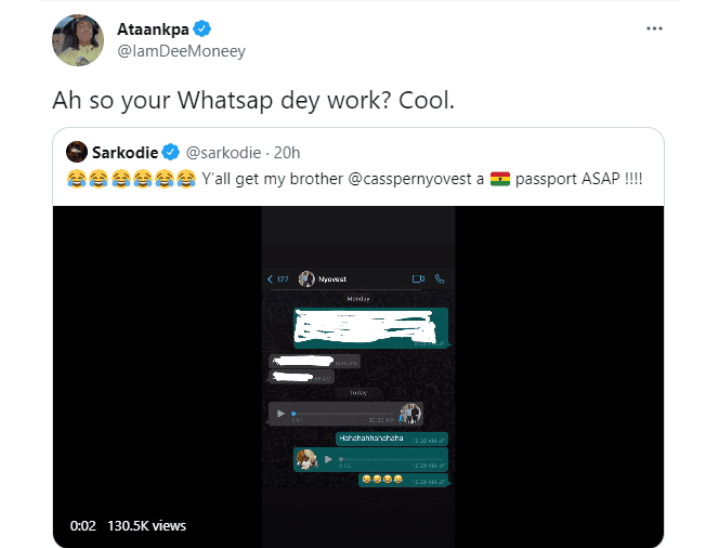 This sparked controversies on the internet. Later Sarkodie tweeted that he will deal with Dee Moneey and Joey B when he comes back to Ghana. He said they don't respect. 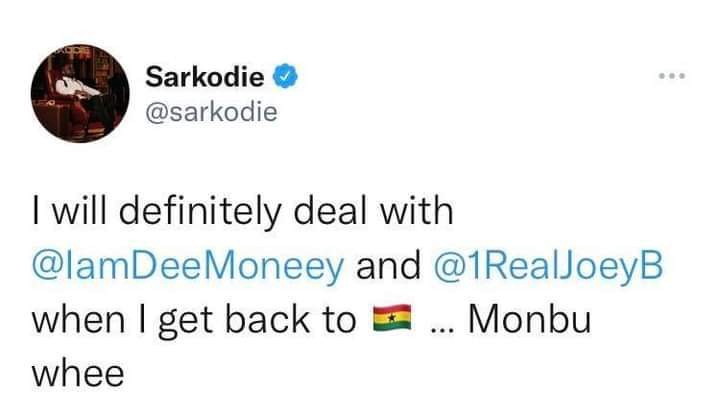 Mugeez of the R2bees group in an interview reveals what could lead to Sarkodie ignoring calls and messages.

They (Paedae and Mugeez) were asked if they hear from Sarkodie. The duo responded 'Yes'. The presenter asked them if they've heard that Sarkodie ignore people's calls and messages.

According to Mugeez, Sarkodie not picking calls shouldn't be anyone's problem. He said maybe Sarkodie has a boil in his armpit that's why he doesn't want to reply messages.