By QhuameDhespite (self media writer) | 4 months ago

Ghanaian actress, writer and producer Lydia Forson is a famous actress who has made tremendous contributions to the growth and development of the Ghanaian Movie Industry

“If he believes that’s his worth, either pay up or move to the next person, it’s the simple. You are the same people that will clown him if he’s in a trotro. At least when he shows his mansion someday you won’t come and ask where he got his money”

This tweet from the actress came after it went viral that Black Sherif couldn’t show up and perform at the Ghana In The Park Show which was  hosted on the 16th of July due to reasons known him.

A member who is part of the promoters and organizers of the show came out to say Black Sherif couldn’t show up at the show because his team were demanding 50,000 Euros as performance fee while them the organizers were only willing to pay 10,000 Euros which his team and him refused.

The actress wasn’t happy with how the promoters were handling the issue as if they want to tarnish the image of Black Sherif and that’s why she came out to made the tweet. The management of Black Sherif haven’t yet come out to clear the air about the reason why he couldn’t perform at the Ghana In The Park Show. 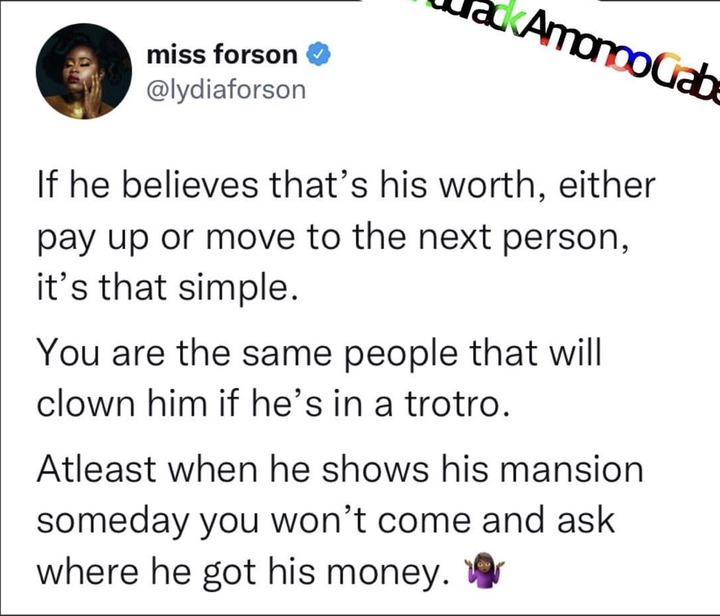 Content created and supplied by: QhuameDhespite (via Opera News )