I Won't Shoot A Skit With Dr. Likee Because Of This Reason - Lil Wayne Reveals

By Exclusive_News_GH (self meida writer) | 9 days 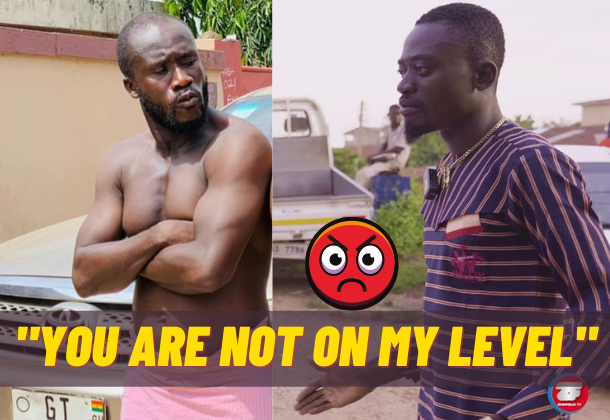 There seems to be an ongoing feud between Dr. Likee and Lil Wayne (Kwadwo Nkansah). Due to Dr. Likee being the new talk of the town in terms of hilarious skits and entertainment, many are speculating that the feud is due to rivalry.

Lil Wayne has however addressed those rumors in an interview. He reveals that he and Likee are on good terms.

Zion then asked him that, if they are on such good terms, why won't he and Dr. Likee shoot videos or movies together.

Lil Wayne then answered saying that he mainly specializes in shooting long movies and series rather than getting involved in skits.

Zion replies saying that seems like a weak excuse as Lil Wayne has previously shot short skits and posted it before. Lil Wayne claps back by stating that, it was for his channel and it was used to build anticipation for his upcoming projects.

Lil Wayne then went on to reveal that at the stage he has reached, he has moved from acting to producing and is more focused on pushing new talents into the spotlight. He concludes that he will act only if the movie is filled with big movie stars such as Agya Koo, Kweku Manu, Mr. Beautiful, and other celebrities.

When asked whether he sees Dr. Likee as a tough rival and whether it is now Dr. Likee's time to shine, he replies with a firm "No" and reveals that he is still in the spotlight and that after him there has not been anyone in the Kumawood Movie industry to take over from where he left off before the industry collapsed.