I Did My Job And Took A Good Sum Of Money: Nikki Reacts To Her Hot Scene With Jim Ike

By King'sNews (self media writer) | 20 days ago

Please tap on the follow button on your top right corner to follow me for more articles. 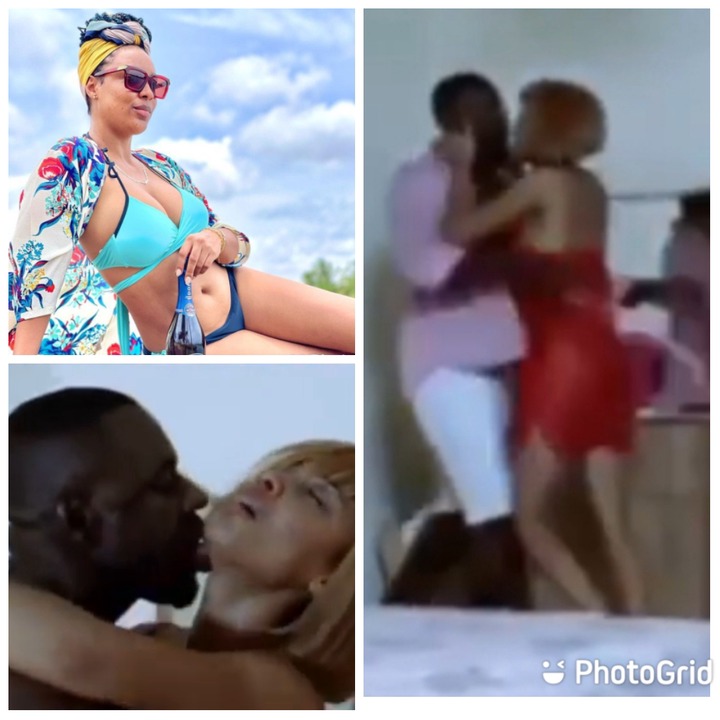 ﻿Ghanaian actress, Nikki Samonas has reacted to the hot scene she was involved with Nigerian Actor, Jim Ike. This hot scene always comes in the mind of Ghanaians to ask questions whenever Nikki Samonas is invited in an interview.

The issue rise up again after Jim Ike made a visit to Ghana and was invited by many media houses in the country for interviews. The Nigerian actor was of course asked about the hot scene and he gave his own side of the story. But at the end of it all, he admitted that something actually happened between the two of them. This brought the whole issue to make another come back trend in the country.

On Saturday night, Nikki Samonas was invited among some other colleagues in the media on the "United Showbiz" program on UTV. In responding to the issue, she said Jim Ike saw some couple of her movies and realized she was a good actress and decided to hook her up for that upcoming movie. Jim Ike's assistance was the one who was mostly engaging in the conversation because at then she and Jim Ike wasn't having each other's contacts until she left Ghana to Nigeria for the movie shooting.

According to her, this hot scene became popular and 'talk of town' because it was the first of it's kind to be made in both Ghanaian and Nigerian movies. Apparently, many hot scenes has emerged after theirs.

She added that, she was given a very good sum of money after that role in the movie and she moved back to Ghana. She however refused to answer whether something really happened between them saying that it was an agreement she had with the producers of the movie not to disclose it especially on air.

Control Your World: 3 Tips To Become A Very Powerful Human Being.

VIDEO: Check Out What This Man Did In Order To Grind A Lady At A Gathering