By edemandyk (self meida writer) | 6 days

Your favorite show the United showbiz hosted by our very own Nana Ama Mcbrown discussed two main topics last Saturday. The first was Pastor Agyin Asare's comment on the movie and the second was Shatta wale state of the industry affairs speech. 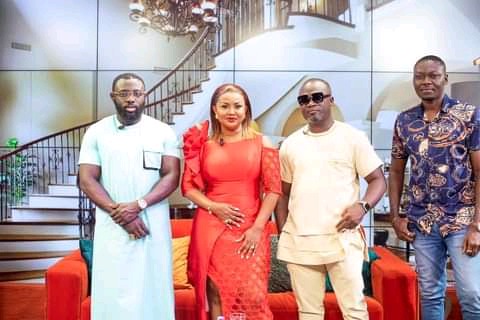 Mcbrown asked Arnold for his opinion on what shatta said in his speech. Arnold started by saying that shatta is the most inconsistent and confused musician in Ghana. His reason for this is that Shatta insulted entertainment presenters, pundits, and bloggers before he left for the USA. He returned from the USA to the same thing he insulted the Ghanaian media men for doing. All the issues he raised in his speech have been discussed by the media for several years.

His comments on Ghanaians not having a particular music genre is very laughable. If you don't know it doesn't necessarily mean we don't have one. Ghanaians are known for Highlife Music.

Dada Halfco has been campaigning for highlife as our homegrown music genre but shatta has never shown public support. All shatta wale's points are old ideas discussed several times on Tv, radio, and news media. Shatta should also show leadership by example. Shatta wants promoters and event organizers to cover the whole country, not just Accra. This same Shatta Wale had his 2016,2018,2019 concerts in Accra. Not a single was hosted in the other regions.

A program introduced in 2016 called Play more GH which was geared toward promoting local music was not supported by shatta, in fact, he even insulted them.

The only reasonable this Shatta said was the 10 percent of the sports budget should be spent on entertainment. The point is good but comparison with sports is not right since government gains good returns from the money invested in this industry.

Salinko also thought shatta did this to create hype for himself but he should check his insulting attitude otherwise people won't pay attention even if he has an important point to make.

Kofas also congratulated Shatta on the initiative he has taken. According to him Shatta might have changed and wants to take action on these industry matters. The trip to the USA has changed him and he wants to share his experience and thus the need for the speech he gave.

Ola Micheals said Shatta wasn't addressing all and sundry but was only addressing shatta movement fans. He did this to make money and hype for himself. I agree with him when he speaks of 10 percent of the sports budget invested into the entertainment industry. Returns obtained from sports are woefully inadequate. If similar amounts of money were invested in the entertainment industry there would be higher returns.