By Allgistz (self media writer) | 1 year ago 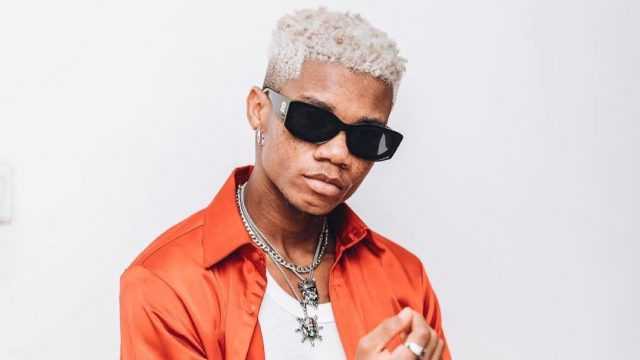 Dennis Nana Dwamena who is popularly known as Kidi states what might have prevented him from winning the 22nd Vodafone Ghana Music Awards (VGMA) Artiste Of The Year Award.

The Lynx Entertainment signee has said he became too proud on the night of the 22nd edition of the Vodafone Ghana Music Awards (VGMAs) and that might have caused his losing out of the ultimate award of the night.

On the night of the 22nd Vodafone Ghana Music Awards (VGMA), Diana Antwi Hamilton made it possible as another gospel icon apart from Joe Mattle to clinch the award.

According to Kidi in his latest interview with Tony Best on Akoma FM’s Entertainment 360 on Saturday, July 31, the famous Highlife and Afrobeat artiste said that it is normal that once nominated, you harbour the belief that you can win the categories and possibly win the ultimate.

But then winning the Artiste of the Year got into his head too much when he won his 3rd award on the night.

He said his confidence on the night after winning the third award became very high and made him thought he has already taken the ultimate award but God, the decider of everyone's faith has shown himself to him (Kidi).

“When I took the first award, I didn’t talk too much, the second too, I spoke less in my acceptance speech, but when I took the 3rd award, it boosted my confidence and at that point, I felt I was so close to winning the Artiste of the Year, the reason I said, ‘I will be back.

“But at the point, I felt God said, ‘my guy, you’re becoming too proud for my liking’. The four you have received is okay, go home with it", he said.

Although many on the night have been blaming their failure on other things, it is obvious that Kidi on his part has found his own being the architect of his predicament on the night.

Content created and supplied by: Allgistz (via Opera News )