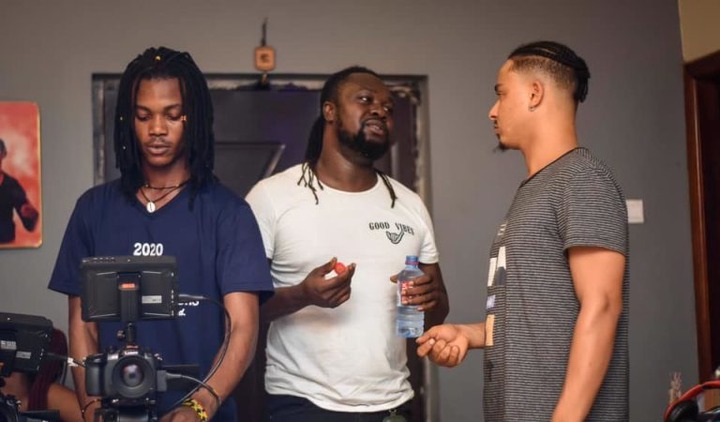 Ghanaian actor, director and film producer, Eddie Nartey has announced that his acting school, Eddie Nartey Academy is set to show the world what they do.

The actor for a long time has been off the screens. Even though the Ghana Movie Industry hasn’t been active as compared to decades ago, some actors are active on social media and getting gigs from other industries.

However, Eddie Nartey decided to groom new actors instead. And now, with his acting academy, he can boast of over 40 new breeds. Currently, he is set to introduce his students to the world with Frema and Woman at War.

“After an amazing journey of two months growing and grooming over 40 upcoming actors, it is now time to show the world what magic we have done. The wait is over!!!” – he stated.

The synopsis of the movies hasn’t been disclosed yet. However, Frema is apparently a love story between Caleb Owiredu Ofori and Audrey Akushika Klico.

Women at War on the other hand featured Umar Krupp, Patience Narh, Lydia Baeta, Isabela Agbo, and Stephen Abebrese. He directed and produced this story by the academy.

According to Nartey, Isabela Agbo “is bringing back the feeling and the sensation of Suzy William back on the screens.”

Both films will premiere at Snap Cinema inside Accra City Hall on the 3rd of September. The time is 6 pm and 8 pm for a cool GHS 30. However, the red carpet session takes off at 5 pm.

Eddie Nartey has revealed it’s been over a decade that he and his colleagues, thus, Majid, Dumelo and the likes took over the industry. However, he wondered about which generation could take over or fit their shoes. The answer compelled him to come up with the Eddie Nartey Academy to give hope and first-hand practice to anyone who wants to act and make movies.