By Still_Unbeatable (self media writer) | 27 days ago

It was a lively discussion on TV3’s The Keypoints as the panelists discussed the ongoing brouhaha regarding the alleged Takoradi kidnapping case. Yesterday, it was revealed that Josephine Mensah who has been at the center of the whole controversy has admitted that she was never pregnant and that it was all a planned thing to make her husband believe that she was pregnant.

Well, on the panel today was Adib Sane, a security expert and Hon. Oye Bampoe Addo, a former Minister for Gender and Social Protection. Both panelists agreed that the police should have taken their time in coming out with the findings because there is more to the case on the grounds. 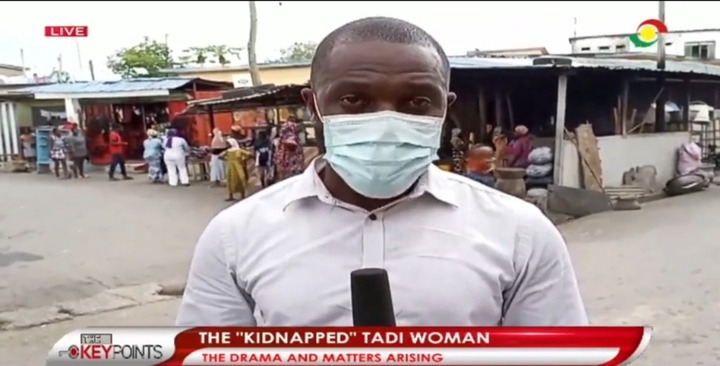 At one point, Dzifa Bampoe, the host tried to play a video to show what residents at Takoradi are saying regarding the whole issue. As the video of the concerns were played, there was no sound. However, the sound at the studio was what was heard. It was clearly heard as Dzifa blasted the police for doing everything possible to protect what the regional minister has said.

“It is interesting because the regional minister made the statement they can’t make him come and apologize for it so their statement has to reflect his” Dzifa said undertone. Adib added that the police fear politicians and so they can’t do much but appease them.

However, with all the evidence at hand, can we still say that the woman was indeed pregnant and the police just clearing the Western Regional Minister? Is it the case of the police intimidating Josephine so that she confesses? Is this the end of the case or the beginning of the end of this brouhaha that has symptoms of the Amina Yutong bus case of 2010?