'The vulture and the little girl' is a famous photograph by Kevin Carter which first appeared in The New York Times. The picture was taken in 1994 during the Sudan(now South Sudan) famine. 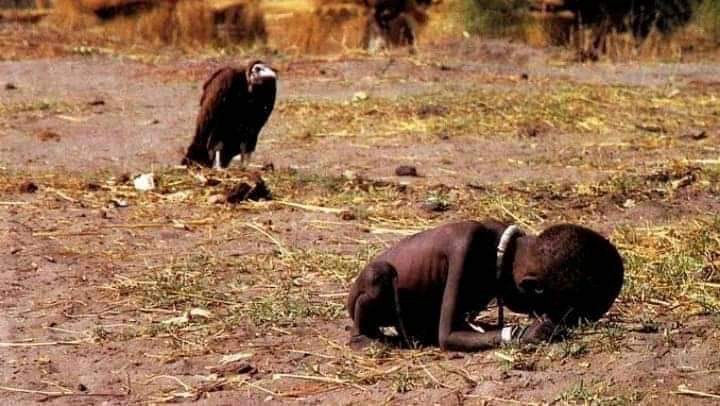 The picture depicts a child crawling towards the United Nations food camp located a kilometer away. The vulture is waiting for the child to die so that it can eat the child. The picture shocked the whole world and no one knows what happened to the child, including the photographer who left the place as soon as the photograph was taken. Three months later, the photographer committed suicide due to depression. 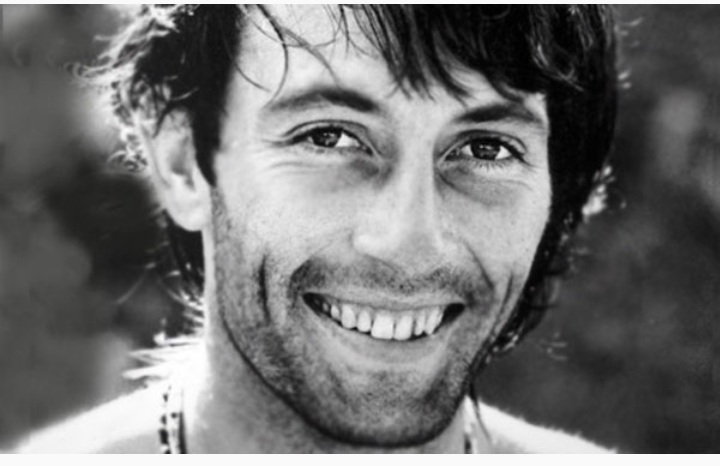 Kevin Carter (13 September 1960 – 27 July 1994)  was a South African photojournalist and member of the Bang-Bang Club. He was the recipient of a Pulitzer Prize for his photograph depicting the 1993 famine in Sudan. He took his life at the age of 33. His story is depicted in the book The Bang Bang Club, written by Greg Marinovich and João Silva and published in 2000.

In March 1993, Robert Hadley of the UN Operation Lifeline Sudan offered João Silva the opportunity to travel to Sudan and report about the famine in South Sudan embedding with the rebels in that area's civil war.  Silva told Carter, who felt it was an opportunity to expand his freelance career and use work as a way to address personal problems. Operation Lifeline Sudan had been having funding difficulties, and the UN believed that publicising the area's famine and needs would help aid organisations sustain funding. Silva and Carter were apolitical and desiring only to photograph.

After flying to Nairobi, the two found out that new fighting in Sudan would force them to wait in that city indefinitely. During this time, Carter made a day trip with the UN to Juba in the south Sudan to photograph a barge with food aid for the region. Soon afterwards, the UN received permission from a rebel group to fly food aid to Ayod. Hadley invited Silva and Carter to fly there with him. Once in Ayod, Silva and Carter separated to shoot photos of famine victims, discussing between themselves the shocking situations they were witnessing. Silva found rebel soldiers who could take him to someone in authority. Carter joined him. One of the soldiers, who did not speak English, was interested in Carter's wristwatch. Carter gave him the cheap watch as a gift. The soldiers served as their bodyguards.

Carter shot an image of what appeared to be a little girl, fallen to the ground from hunger, while a vulture lurked on the ground nearby. He told Silva he was shocked by the situation he had just photographed, and had chased the vulture away. A few minutes later, Carter and Silva boarded a small UN plane and left Ayod for Kongor.

Sold to The New York Times, the photograph first appeared on 26 March 1993, and syndicated worldwide. Hundreds of people contacted the newspaper to ask the fate of the girl. The paper said that according to Carter, "she recovered enough to resume her trek after the vulture was chased away" but that it was unknown whether she reached the UN food centre." In April 1994, the photograph won the Pulitzer Prize for Feature Photography.

In 2011, the child's father revealed the child was actually a boy, Kong Nyong, and had been taken care of by the UN food aid station. Nyong had died four years prior, c. 2007, of "fevers", according to his family.