Dame Deborah James raises ‘incredible’ £1,000,000 for bowel cancer charity through In The Style

By YoungCEO (self media writer) | 1 month ago

Dame Deborah James has raised £1million for cancer research through sales of her clothing line with In The Style. 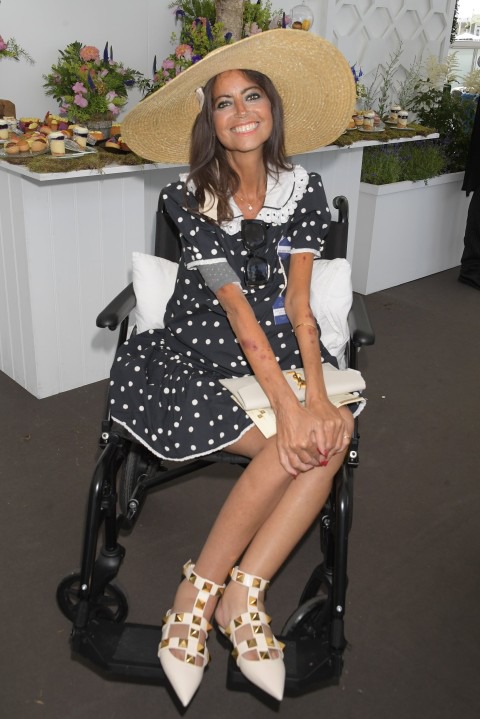 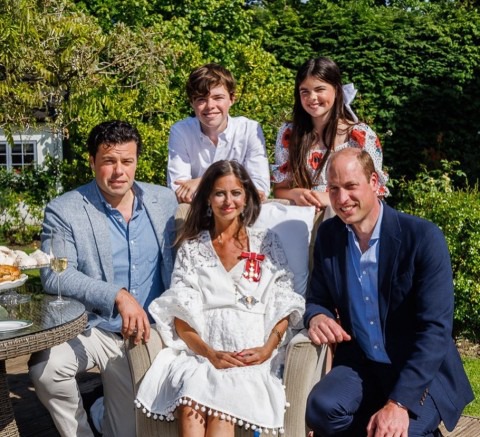 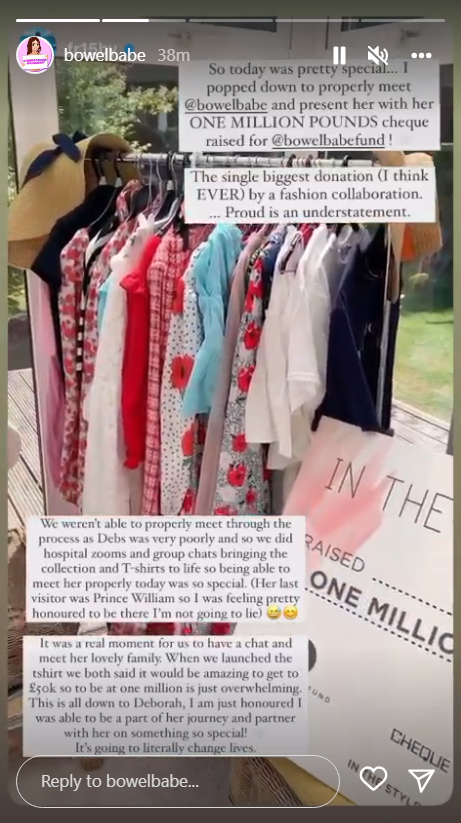 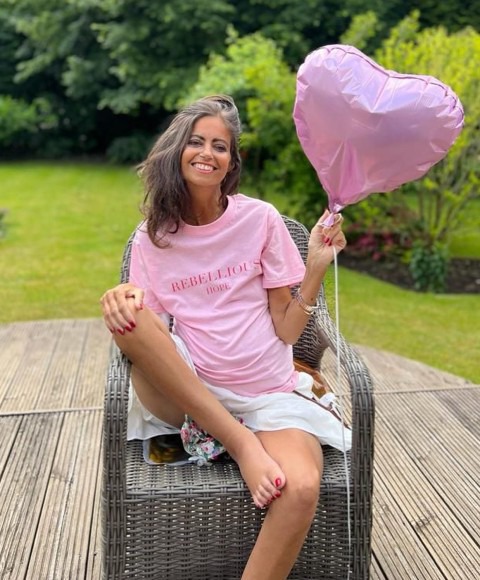 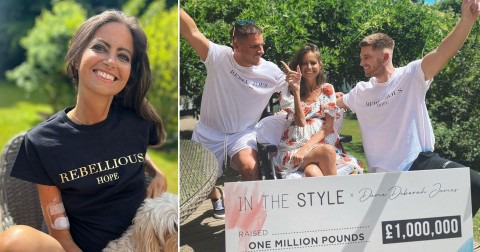 The 40-year-old podcaster, known as Bowel Babe online, shared a photo of her with the fashion company’s founder Adam Frisby and his partner Jamie Corbett, alongside a giant cheque.

She wrote on Instagram: ‘WOW!! ONE MILLION POUNDS. I am honestly so overwhelmed we, through @inthestyle raised over £1,000,000 for @bowelbabefund for @cr_uk!

‘All from sales of the ITS x Dame Deborah James collection and ‘Rebellious Hope’ T-shirts that I designed with @inthestyle. (One million, that’s just crazy).’

She added: ‘I got a lovely little visit yesterday from the @inthestyle founder @fr15by and his partner @thejamiecorbett who brought this lovely cheque and we have had a little toast to celebrate it.’

Musing on their initial goal of £50,000, she continued: ‘I just can’t believe it! What’s funny is when @inthestyle released the first t-shirt we both said how incredible £50k raised would be so for me to still be here and see it’s over £1mil is just so incredible!’

‘Rebellious Hope is what has got me through the last few years and it’s what is keeping me going now! Seeing all your messages, tags and support has just been the best and I am so grateful that we have been able to do this together! Thank you all.’

Her ‘rebellious hope’ T-shirt was the first part of the clothing collection made available, released in May in a variety of colours.

The rest of the collection will include floral dresses that were worn during Prince William’s visit to her house to award her with her DBE in person, Dame Deborah has teased.

In The Style founder Adam Frisby gave a sneak peak at some of the upcoming items in the collection as he shared his first proper visit to meet Dame Deborah (Picture: Instagram/bowelbabe)

The fundraiser was treated to a cake and balloons to celebrate too (Picture: Instagram/bowelbabe)

The £1million from this fundraising effort is in addition to her Just Giving fundraiser for the Bowelbabe Fund, which she announced after revealing that she was no longer able to receive active treatment following her five-year battle with bowel cancer,

She received her DBE from Prince William at home, teasing that her upcoming In The Style dresses were worn (Picture: Graham Prentice/Instagram/bowelbabe)

Dame Deborah has been keeping fans up to date with her activities while receiving end-of-life care, which have included a secret visit to the Chelsea Flower Show to see the rose named after her and a trip to the opera.

She also made it out to Royal Ascot on Wednesday, after previously voicing her surprise at still being alive.

She lit up Ascot on Wednesday (Picture: Getty)

You, Me & The Big C podcast host Dame Deborah James has admirably raised money towards cancer charities after announcing that her own bowel cancer was now terminal.

She is now receiving end-of-life hospice care at home due to her cancer treatment being stopped last month.

With the support of Cancer Research UK (CRUK), Dame Deborah and her family established the Bowelbabe Fund, with all money raised to be allocated to funding clinical trials and research into personalised medicine that could result in new treatments for cancer patients, including projects in collaboration with partners such as The Institute of Cancer Research (ICR) and The Royal Marsden. Donations will also go towards continued support to raise awareness of cancer, such as Bowel Cancer UK's Never Too Young campaign.

At the start of June, the fund had so far raised £6.6million to go towards clinical trials and research into personalised medicine for cancer patients and supporting campaigns to raise awareness of bowel cancer.

She told ITV’s Lorriane Kelly that she was taking life ‘day by day’ in a pre-recorded interview.

The fundraising extraordinaire has also lived to see her final TV appearance on Embarrassing Bodies, where she encouraged people to ‘smash taboos’ by talking about their poo while she was still being treated in hospital.

MORE : Dame Deborah James devastated she won’t get to see her son be a dad as she reflects on final Father’s Day

MORE : Dame Deborah James still can’t get over seeing herself in the news: ‘It’s bonkers and surreal’

Content created and supplied by: YoungCEO (via Opera News )

Asante Kotoko Trip To Turkey On Hold, Club Continues To Embark On Preseason In Ghana