Kuami Eugene: Finally Shows The Face Of His Dad And Celebrates Him On Father's Day

By Ama_Bennie (self media writer) | 7 months ago 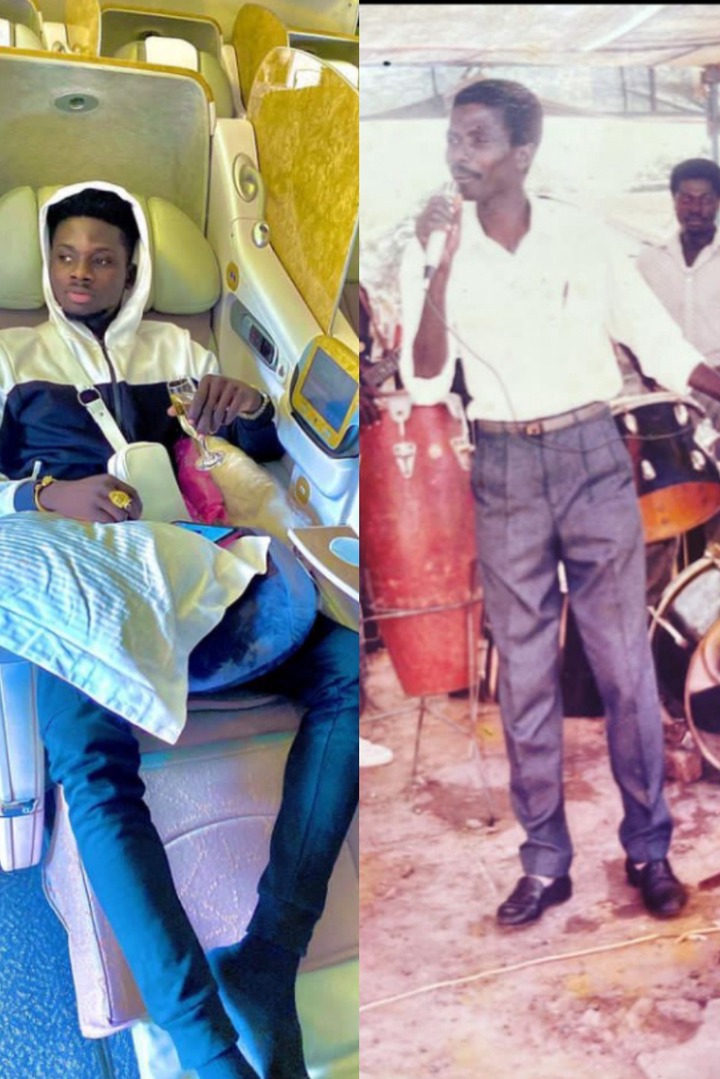 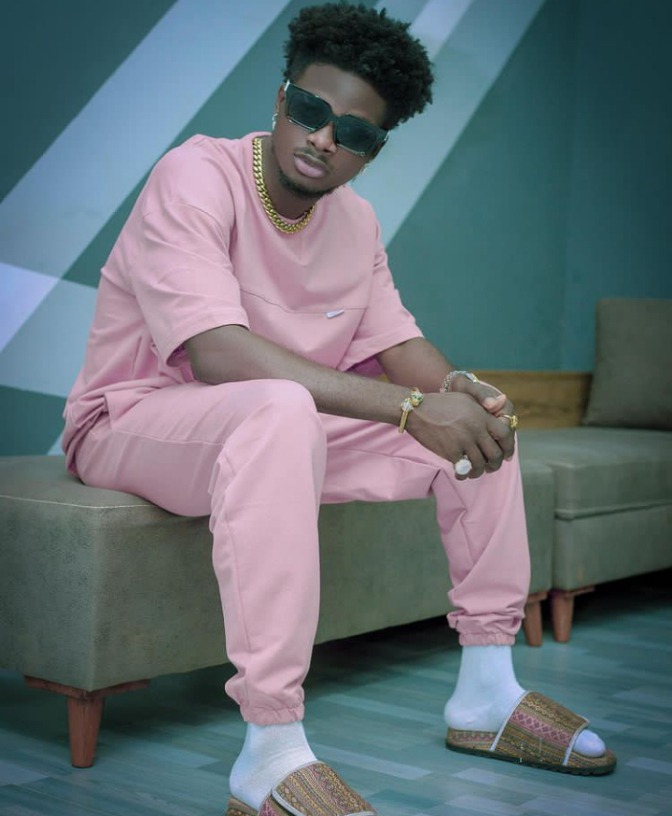 The news about Kuami Eugene's dad started when a man seen in a viral video alleged he is the father of Kuami Eugene. He went on to say that Kuami is called Kofi Boakye and how his mum left with him at a every tender age.

To him, he has been trying all means to get close to his son who happens to be the Rockstar Kuami Eugene but all efforts proved futile. 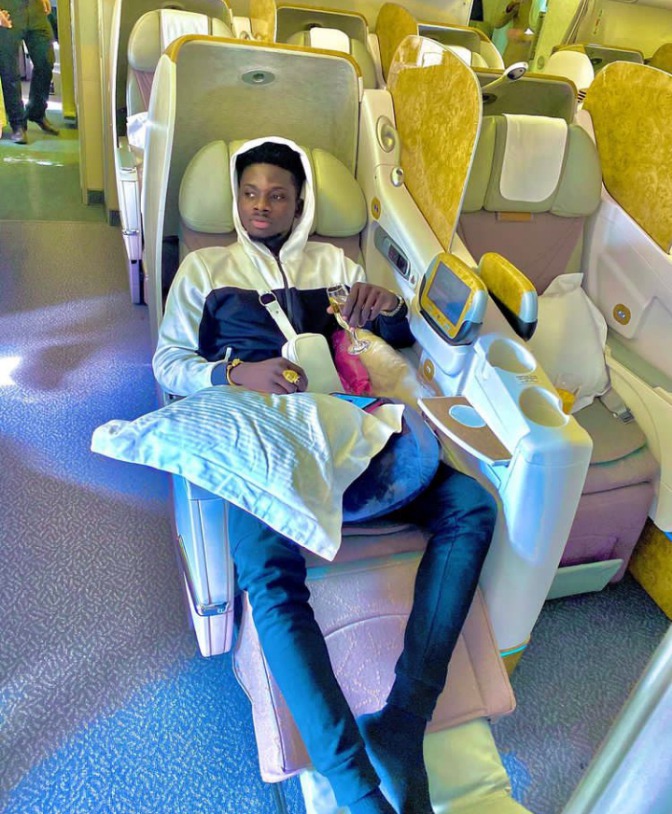 In a recent interview with Kuami Eugene on 'Aggressive Interview' hosted by Kwaku Manu, the Rockstar revealed that they've taken up the case to court because his family does not in anyway knows the man.

Kwaku Manu told him the court might suggest a DNA test to see if the man is really his dad. Kuami replied he is ever ready for it because he knows his real dad.

Today being father's day, Kuami Eugene took to his Instagram, a photo of his dad who is Mr. Alex Marfo, to celebrate him. You could see some resemblance in the photo he posted and his fans are already convinced that he is the real father of the Rockstar.

In his caption, he mentioned how his dad did not want him to do music because he did not succeed in that area. As we all know, no parent would their ward to be where they could not make it. 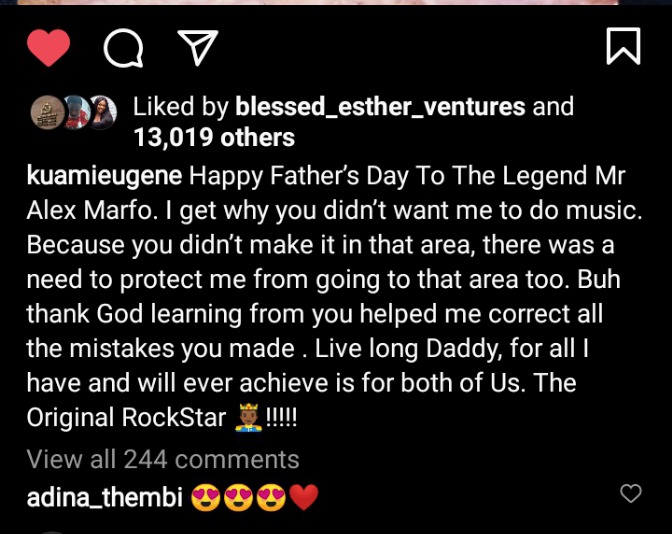 You can see that the Rockstar inherited from his dad as the photo he posted shows his dad in front of a band with a microphone in his hand.