By MosesNews (self media writer) | 25 days ago 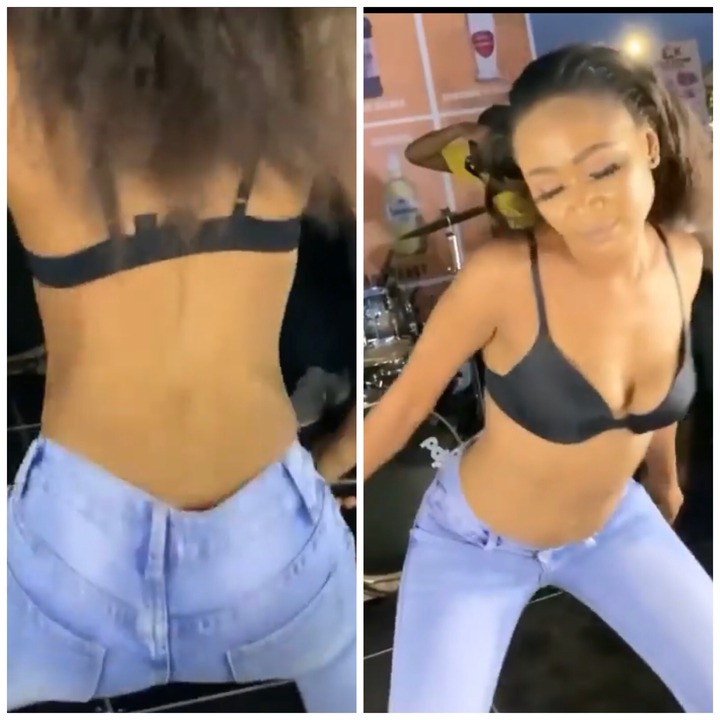 When a person has gone through pains, he or she becomes very careful when similar situation that led to their painful encounter arises before him or her again. As the saying goes, "the housefly that refuses to take advice ends up following the corpse into the grave".

Rosemond Brown, better known as Akuapem Poloo is a Ghanaian actress who is well known by people for her twerking skills on social media. The actress not so long ago went through a lot when she was arrested and jailed for exposing her nude photo in front of her son.

Since the day she came out of prison, many people thought due to her arrest, she will find it difficult to expose any part of her body to the public again. People thought she will not even be seen in short dresses any longer, not to talk of repeating what she did that led to her arrest.

According to a video trending on social media, Akuapem Poloo also known as “sexy” Poloo was spotted on stage twerking and whining her waist dressed in a bra and a jeans trouser only on a platform that seems to be a stage mounted for a programme amid shouts heard from people around.

In the video, you could see the actress doing it again by thrilling her fans with her hot twerking skills and giving some funny skills while close to the ground.

It seems the actress has soon forgotten about what happened to her some months ago which almost caused her a lot of destruction.

Akuapem Poloo is really causing confusion online with her twerking move. Although the actress almost expose herself on stage but she was looking very beautiful and charming.

One could imagine her ever doing such a thing as days after her release from police custody, she was seen in long dresses literally covering every part of her body which made a lot of people believe that indeed she had turned a new leaf.

In life, we need to always learn from past mistakes that cause a lot of harm to us so as not to repeat them in the near future. 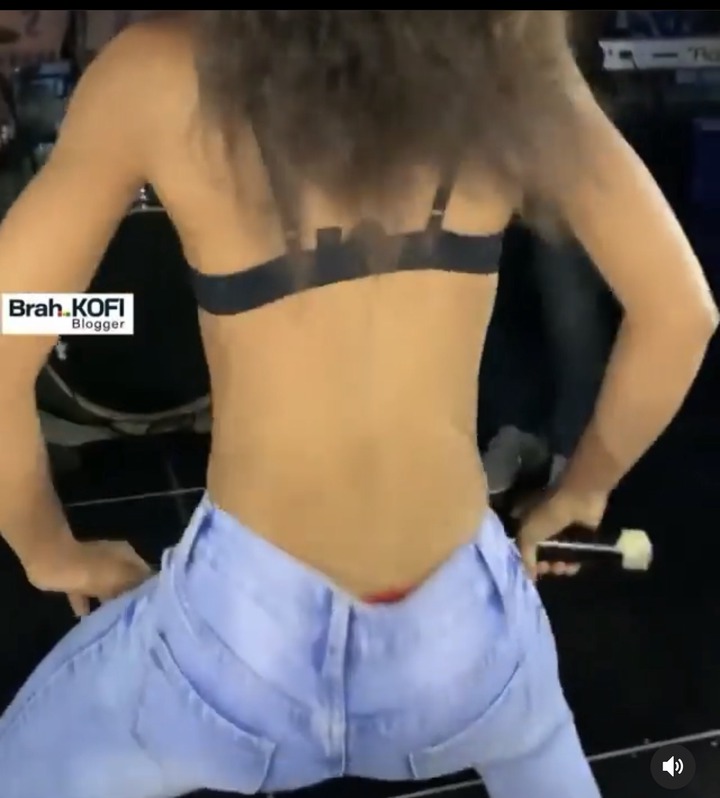 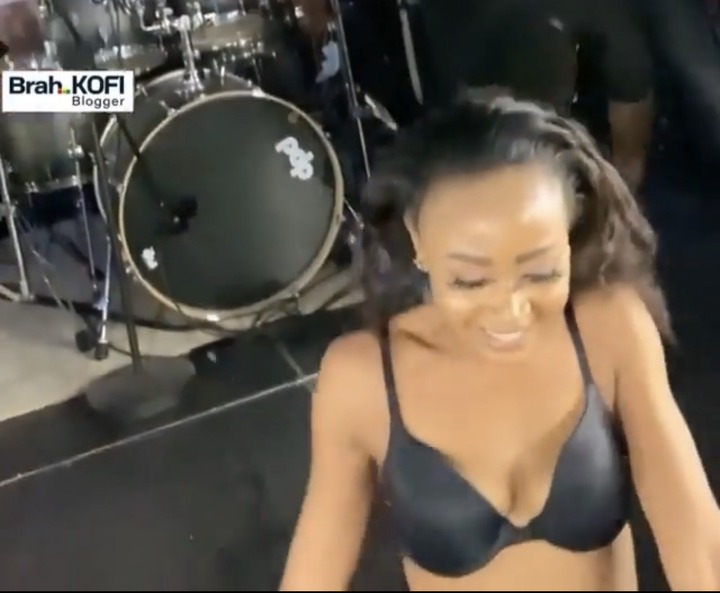