By CELEBFEED (self media writer) | 1 year ago 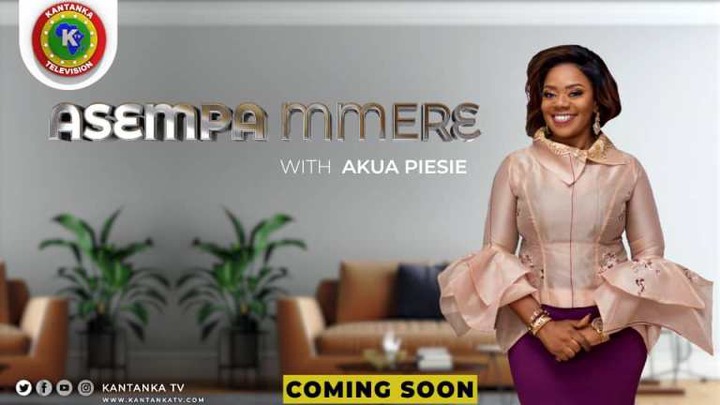 Piesie Esther has been a beacon of hope to many downhearted by establishing her Ministry geared towards helping the less privileged people in the society to get good health, good nutrition, portable water and good education. ... Currently Piesie Esther is promoting her new album titled 'Agye Won Nsem'.

Some popular Ghanaian musicians are born stars and so rose to stardom in no time, but female gospel singer Piesie Esther had a bitter life experience before fame located her.

According to her, after completing school, she had to help her poor mum who went about washing dishes at ‘Chop Bar’ joints and also sell ‘Tea Bread’ to support her.

She said her worst encounter was when after walking and carrying the bread on her head throughout her vicinity the whole day without making any better sales, had to find a place to relax, and as she laid down, a young man approached her, wanting to buy a bread. According to Piesie, she spread margarine in the open bread as requested by the customer.

She had no change to give to the customer who bought the biggest bread from her. The swindler knowing so well that Piesie was a green horn in town, told her to wait as he gets inside his room and get a change for her.

Shockingly for Piesie, the door in which the young man got through was an exit to the other side of the town. The unlucky but ambitious young woman had to roam through all corners to find the trickster who has duped her of her bread and money.

Unlukely for her, she returned to see her bread taken away by the City Guards because the place was unauthorised for traders to sell their things.

The fazed artiste had no option but weep and rain curses on the young man for making her life sorrowful.

“The young man took all what I have sold for that day and made life a real hell for me because that was our livelihood support…. I wept bitterly.”

Piesie Esther narrating how her singing talent was unearthed said, “an Assemblies of God church Pastor admired her talent and told her mother he wants to invite her.

According to her, she turned down the Pastor’s requests many times until one day the man of God ordered his ushers to guard and bring her to the church.

She didn’t resist but had to minister to God. After her song ministration that day, everyone in the church got closer to appreciate her for her uplifting song.

Piesie Esther was told to take charge of the church’s choir and that shot her to the music limelight.

The powerful and strong voiced musician, today is one of the most successful gospel artiste in Ghana.

The show will have uncommon visitors who are pioneers in their own privileges with indepth information and comprehension of the Good news of Christ, social issues and authority.

Piesie Esther has many hit gospel melodies under her sleeves, which incorporates … . 'Mentease', 'Ziba Bek)' and 'Agye won nsam'.