I have watched the Swedru-based Musician, Patapaa's interview on the television station, BRYT TV. It appears he was too aggressive and shouting on top of his voice to prove a simple POINT and using abusive language. That action at that point was needless. 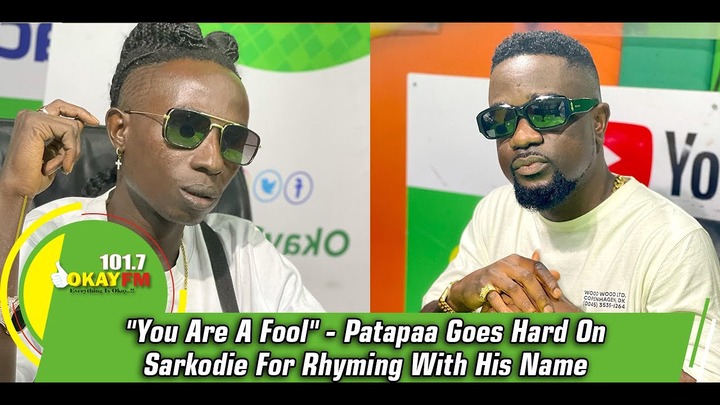 I do not know what you think but it tells me that he is forcing to achieve a stardom. A Star in my view is someone who's lifestyle has a positive impact on the society he/she comes from. So, I have always have issues with people who call themselves Stars in this country. I feel majority of them are not yet there and do not even possess the qualities that qualifies them to have that label conferred on them.

Patapaa was sending a subtle message to Ghanaians that he is married to a sensible woman but needs time to learn to be smart himself. And so, he is certain his wife would reason with him to delete portions of insults in his music, should he compose a song that has such offensive languages within.

But, he (Patapaa) himself is too arrogant to listen to counsel from his better half and so he has refused to let go of an issue that has happened and in bthe past as he's probably been told and wants to express his anger on LIVE television. Needless. That shows how immature he is and surely needs time to learn. He needs to start changing his friends, and the people around him. I guess his wife can help him make some critical decisions as such because I think he used to be a worst artiste and bad at fashion until the lady came into the picture. 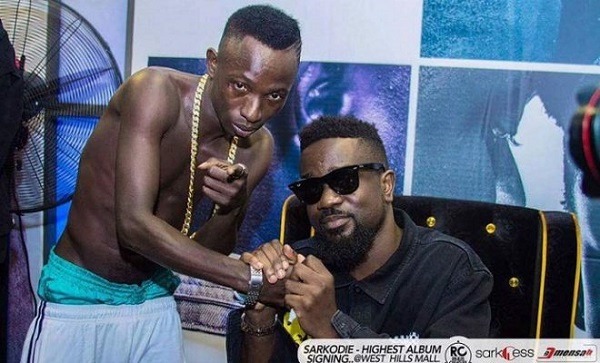 His interview also made me aware that he is not happy with the words Sarkodie used on him during his music. If Sarkodie is to apologize, it would calm tensions. But, I'm not sure of the latter taking this action.

From the behavior of his predessor who also emanates from the Agona Swedru township, he was once like that. It appears that there is this attitude and characters about the upcoming artistes from Agona. They start with those lives and dump the characters later in life after getting the exposure and gaining experience in the industry.

Watching how Kwaw Kese also started, he was 'violent', and appeared so in many of his videos. I think our One Corner hit maker is even better in the way his videos appears to be and did 'f' everyone who came his way. He in a way insulted almost everyone of his competitors in his songs and In fact, he did it to the apex to the extent that, he got a nickname for himself; "King of the Street" from the pioneers of the Music industry.

Abodam was his other name. He behaved and acted like the street god indeed. He belonged to his own world and did his own thing, using his own style and refusing to be like everyone else. 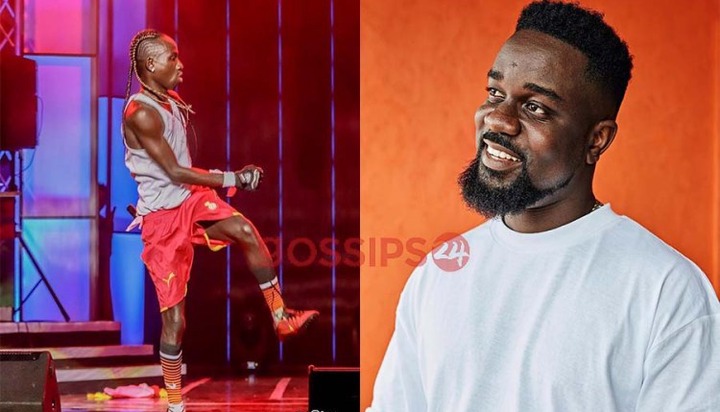 But, in the end, he gained wisdom. He became a better person after his prison experience and he is now sober, looks and sounds more 'gentler' and matured when he speaks than when he came into the limelight.

So, with time, should I say after having and seeing his kids grow, being the spiritual watchman of his family, retrospecting some endeavors like his senior man did, I am believing that he will also tone down.

Then, maybe, he would be able to produce better songs. But until then, I think he is not yet a Star because he has refused to listen to counsel from the bosom of his wife and refuses to be a better version of himself.

Time changes. Times help in redefining standards and age helps in shaping characters. After a few years, maybe in less than a decade, it is likely if only he is consistent with what he does, he may come out with a different, acceptable style and that might sell his brand far better than today.