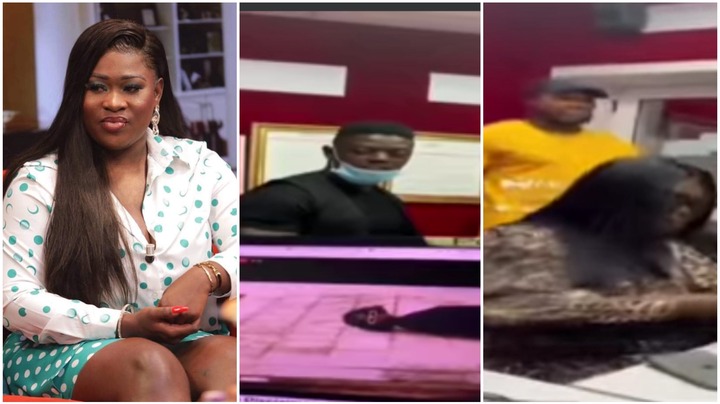 Popular Ghanaian singer, Sista Afia has stated that till now she feels someone is pranking her.

Days ago, it was reported that a 'macho' man entered the studios of Accra FM to demand money Sista Afia allegedly owes him.

Some Ghanaians said Sista Afia allegedly planned the incident with the person.

Speaking on her issue on United Showbiz last night, Sista Afia denies the claim by some Ghanaians that her encounter with a 'macho' man in the studios of Accra FM being a publicity stunt.

She said she won't do certain things to embarrass herself.

According to her, she feels someone is pranking her. She also said she has given the said person an ultimatum.

The 'Jeje' hitmaker said she moves with six men and does not know the person (macho man) who entered the studios of Accra FM during her interview.

She further swore that she doesn't know the person and has not seen him before.

Narrating how the 'macho' man entered Accra FM's studio, she said the person told the security at the entrance that he's a bodyguard to Sista Afia.

She said sometimes she becomes disappointed in some Ghanaians because if this person had wound her how will those people would have reacted.

Sista Afia after learning from the situation says she will tighten her security henceforth.