By MdkBanahene (self media writer) | 2 months ago

The matter chop hot as information start dropping. Before we proceed to the main agenda for more details and gist together with the evidence video on this breaking news, please follow Mdk Banahene if you haven't done so yet in order to become part of us. And you will never miss much on social media by getting a quick notification all the time on the coming articles being it entertainment, trends, gossips, sports and many other related stories.

Ghanaian US-based controversial social media commentator and vlogger, Twene Jonas who hails from the Ashanti Region has allegedly gone missing in the United States of America according to report from his close friend SayDaDon, a rapper who also based in the US. 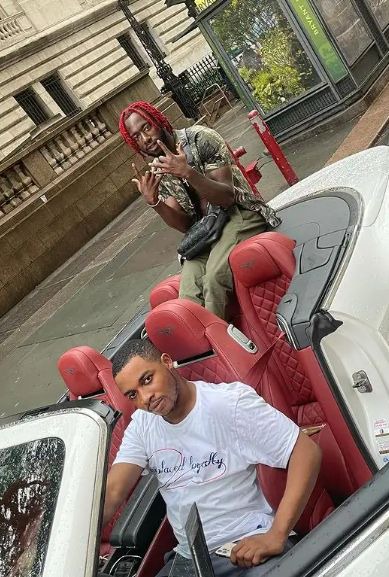 Twene Jonas is noted for attacking the state of affairs of Ghana while blasting the President and other people in leadership positions who sit unperturbed about Ghana’s state.

The videos which he shares from America, on his Facebook handle have really gained popularity as many are the people who gather to watch live and share with others.

From his various commentaries, Ghanaian leaders are corrupt and selfish, according to him, they do not have the country at heart. He attacks such leaders with unprintable words. However, it seems the social commentator has bitten more than he can chew.

Hopeson Adorye and Ernest Kofi Owusu Bempah who happens to be the convenors of the ‘fixing the country’ movement in live video in the United States last week claimed that Jonas has been sacked from his workplace and had gone into hiding after he was marked for deportation. 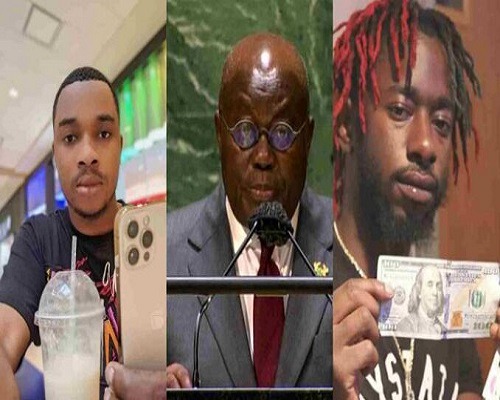 He then call on Prez Akuffo Addo and the NPP to provide Twene Jonas in two days time else he will personally come to Ghana. That is not all, he also shared on his status asking the whereabout of his friend. 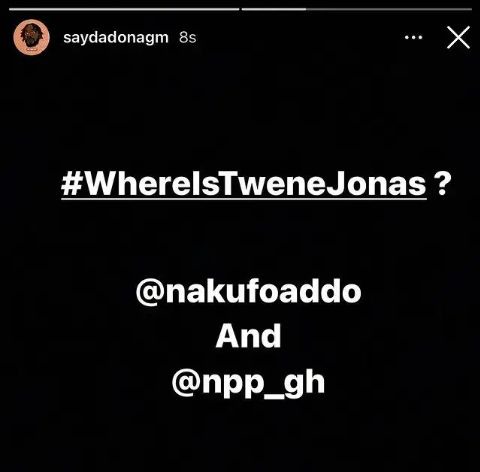