By Tinchie (self meida writer) | 1 months 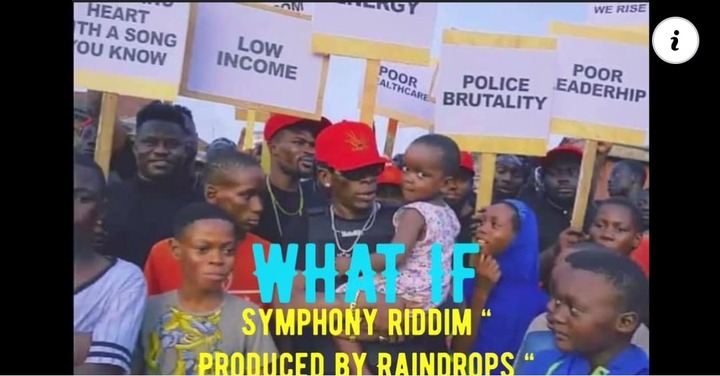 Dancehall artist, Shatta Wale had intensified his argument on the most controversial subject in Ghana; the #FixTheCountry campaign. He had release a fresh song to reiterate his stance on the matter by arguing that the change the youth desire lies in themselves and not with the politicians.

Convincingly, Shatta Wale raises some assumptions as he questioned why brute force would have to be applied in our demands for a better Ghana. In the track titled "What If" and produced by Raindrops and Mr. Logic, the dancehall artiste stressed that it's a two-way side to fixing the country.

He mentioned that as much as the youth expect a fix by the government, they equally need to fix themselves and beleive they have the answers they seek from the government.

He asked "what if politicians don't beleive in us. What if they say no, and we say yes. The county will be in a mess."

"What if I say you have to fix yourself before the country could be fixed? Beleive in yourself," a section of his lyrics read [but in Jamaican Patois].

Shatta Wale arguably has been very much consistent about his argument that the Ghanaian reliance on the government is the major impediment for development. His lamentation yesterday on social media that the campaign by the #FixTheCountry campaigners had been spearheaded by intellectually dishonest persons, whom he felt knows better.

But the reactions to his claim had been very unpleasant. It could be for which reason, that he puts his argument inyo a song so people could appreciate it much better.

Meet The Lady Who Got Married To Her Pet Dog.