Why does Kuami Eugene Call His Mother Queen; Read for some Discovered Reasons

By AJArthurOpare (self media writer) | 19 days ago 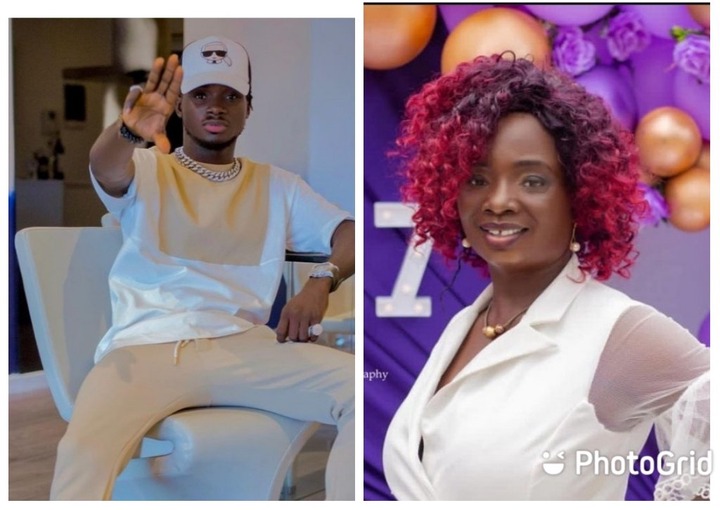 He calls her Queen Juliana Marfo; the woman behind Kuami Eugene, a Ghanaian super talented High-life and Afrobeat Musician. 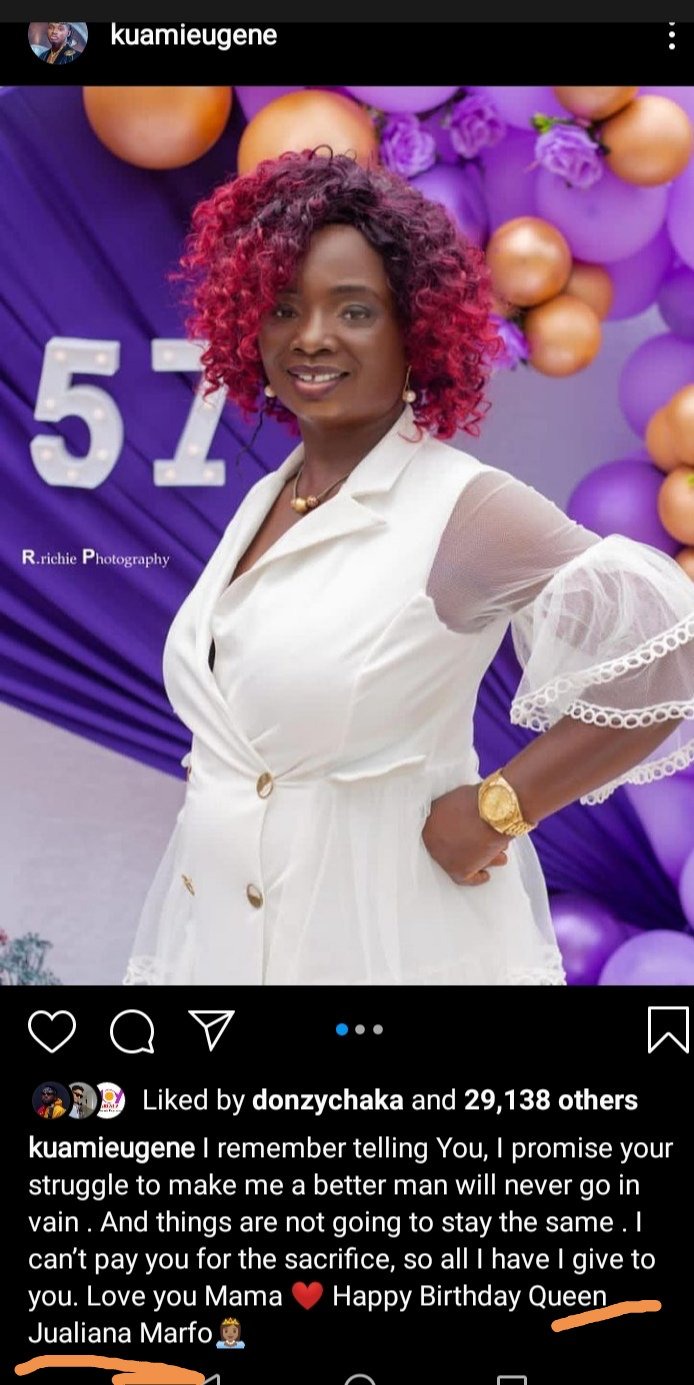 Kuami Eugene has proven on countless occasions, how grateful he is for his mother's sacrifices which has contributed to his success.

Unlike some women who abondon their children when their fathers fail to own up to their responsibilities, Kuami Eugene's mother rallied behind him through thick and thin.

Mrs Juliana Marfo didn't relinquish her responsibilities as a mother despite the challenges she might have faced in raising his son.

Though Kuami Eugene, privately known as Eugene Kwame Marfo, dropped out of his Senior High education along the line.

His mother ensured that he went back to school.

Today, he is not only an accomplished musician, but also a graduate of the then Ghana Telecom University.

These days, we often hear in the news about abondon babies.

Some mothers, are heartless enough to run away and leave behind even a day old baby. 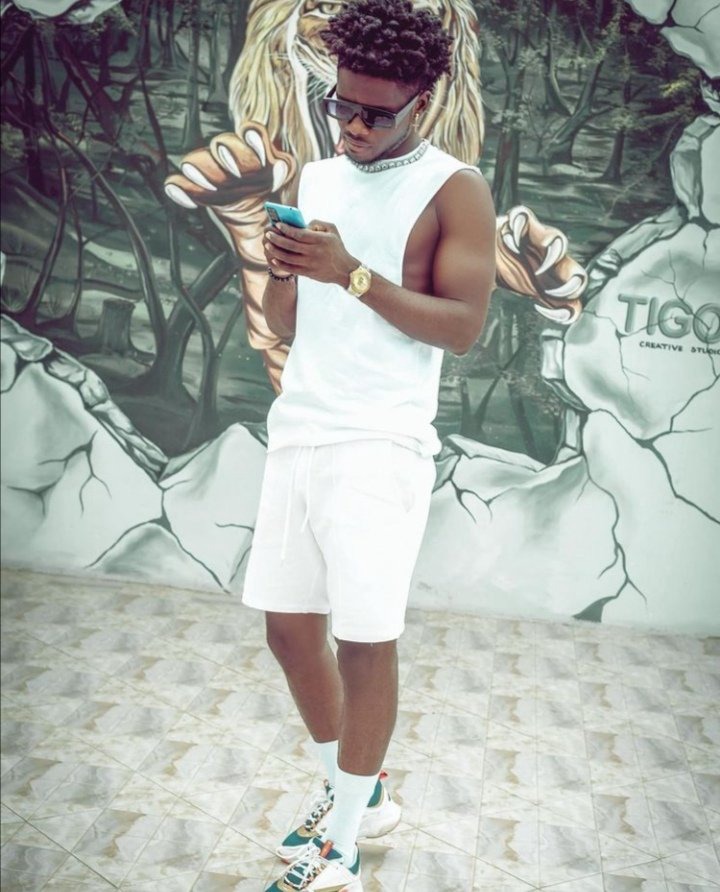 Some mothers are burying their babies alive while others are selling them for money.

Some of these abondoned and sold out children grow up to become hardened criminals who attack innocent people.

Many of these kids could have grown up to achieve greater feat in life like Kuami Eugene, but they did not get a mother or father figure to fight for their welfare.

As a writer who is much passionate about our socital welfare, I campaign that parents must stand by their children no matter the difficulties in their lives. 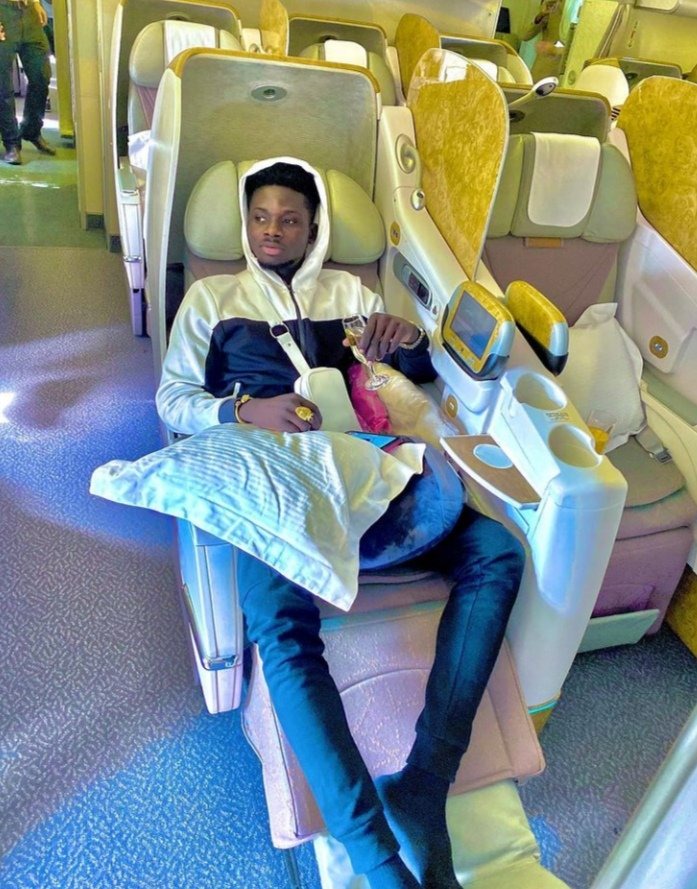 I believe that if parents especially mothers would be empowered to understand the need not to abandon their children in all circumstances, like Kuami Eugene's mother did for him, our society would be a safer place to live. 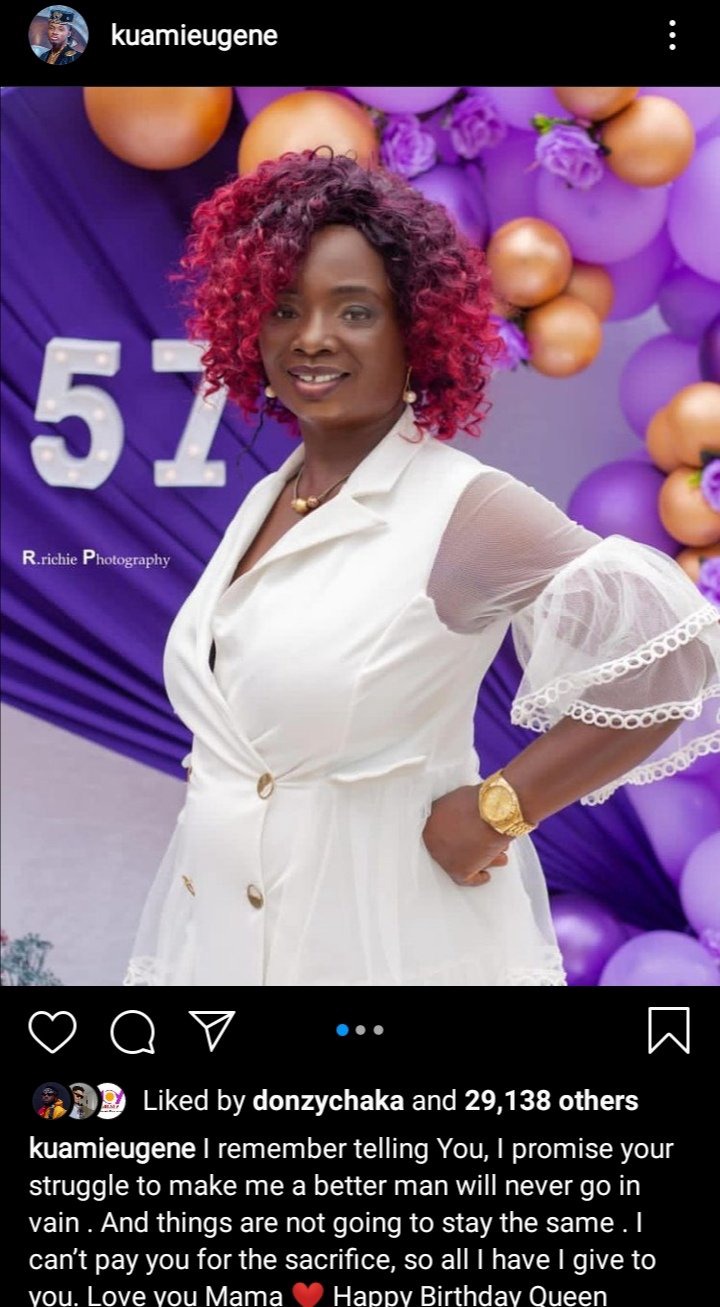 Congratulations Mrs Juliana Marfo, for your unflinching love, selflessness, care and support for your son when he needed it most.