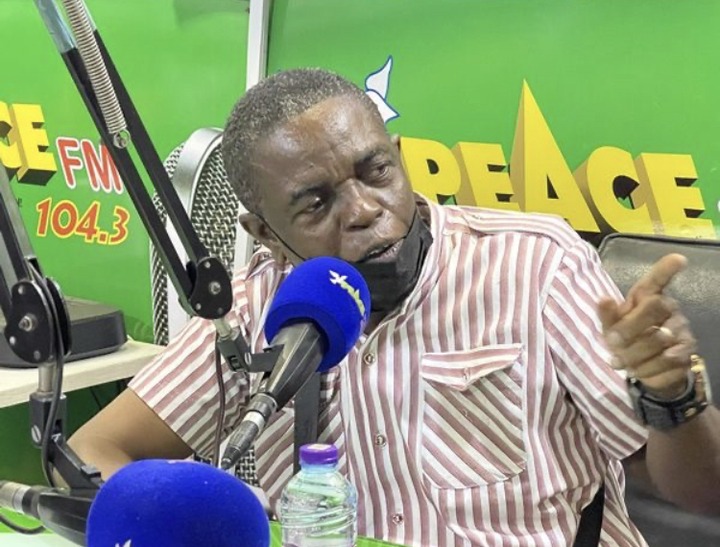 The popularly known journalist and managing editor of the Insight Newspaper, Kwesi Pratt has recently sparked massive stir, debates and arguments across all social media platforms after boldly reacting to the allocated allowances which were to be paid to both Mrs Rebecca Akufo-Addo and Samira Bawumia.

However, recent press statement from the Presidency have made it clear that both the First and Second Lady have rejected their respective allowances and unexpectedly agreed to refund all allowances paid them since 2017.

With respect to this, Kwesi Pratt has however argued that even though both the First and Second Ladies were supposed to be paid their salaries just like cabinet ministers for their respective duties, their allocated salaries shouldn’t be back paid from 2017.

Speaking on the most anticipated “Kokrokoo” show on Peace Fm with host, Kwame Sefa Kayi, Kwesi Pratt unexpectedly argued whilst emphatically stating that, “The arrangement is that, we should pay them as cabinet ministers- the equivalent of cabinet ministers’ salary; that hasn’t happened before. I have no idea that it’s happened before. Also, the arrangement indicates that we should give them backpay from 2017; if we pay them already, why must we give them a back pay from 2017? It simply doesn’t make sense. So, it’s not true that it’s something we do already”.

In conclusion, Kwesi Pratt questioned government whilst emphatically stating that, “just from the point of view of logic is that we do pay already but now we’re saying we should backdate it from 2017, it simply doesn’t make sense. If we already pay them, why should we then start from 2017”.

Do you agree that the First and Second Ladies shouldn’t be paid allowances backdated from 2017 as claimed by Kwesi Pratt? If No, Why?

Content created and supplied by: The_News360 (via Opera News )