By Edoukwah (self media writer) | 20 days ago

Akuapem Poloo has been trending for some days now following her public display of who she is in love and in a relationship with. Barely a week now, the actress and brand ambassador through her post on her Instagram page made everyone see the man he was in a relationship with. He was on the person of AMG Armani. This news came as a surprise to everyone but many people seemed happy for her while others thought she could have hid her lover from public view for a while.

Unfortunately, the unexpected happened. AMG Armani store Akuapem Poloo apart just recently in a video claiming he had nothing to do with the Efiewura series star. The actress replied in a video almost shedding tears. She was really pleading with her supposed boyfriend not to embarrass her like that and that she couldn't even eat. 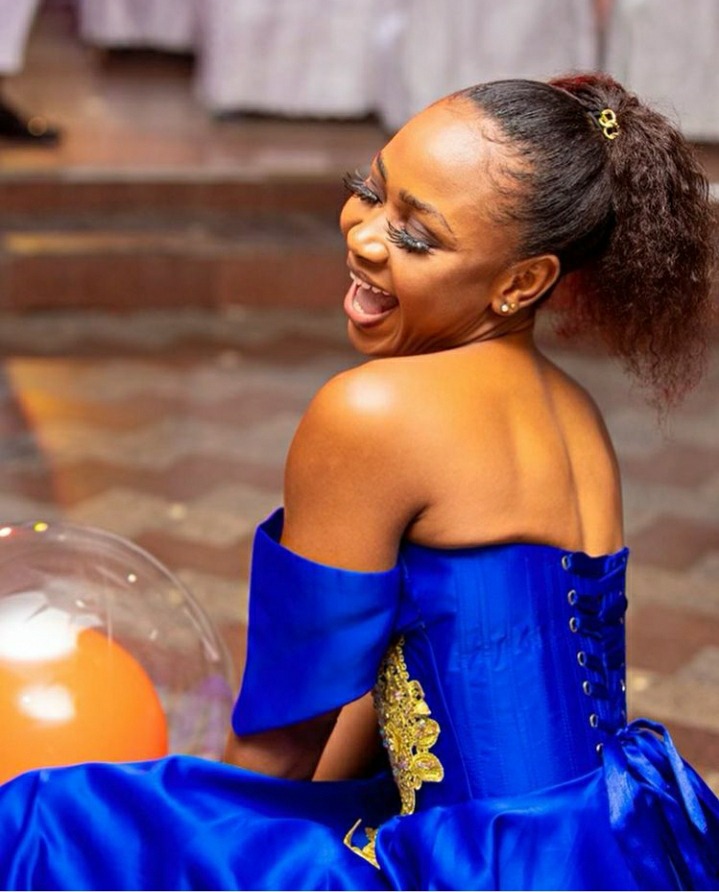 As usual, netizens shared their thoughts. Those who supported Poloo threw their massive weights toward her and Armani's fans also did same for him. They also told Poloo to take down the pictures and videos she posted just as Armani also said.

Something unusual has happened again today. In a conversation shared by Akuapem Poloo on Instagram, Armani was really begging her and asking for forgiveness following what he did to her. He said that the pressure from his people was too much and that compelled him to act the way he did. He also told Poloo that she could have at least asked him before posting those pictures and videos. 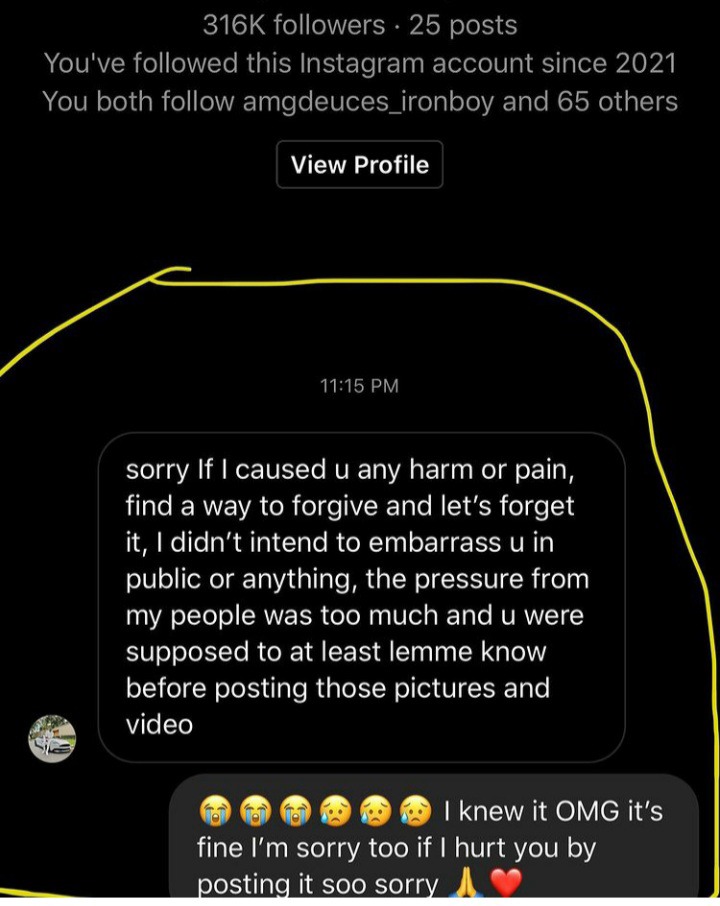 After the actress shared the screenshot on her page, netizens reacted as usual. Most of them are of the view that Akuapem Poloo must learn to be a little secretive and not post everything in social media. In her perspective, she has posted it just to show the world that Armani has apologized for his actions

Take a look at some of the comments below; 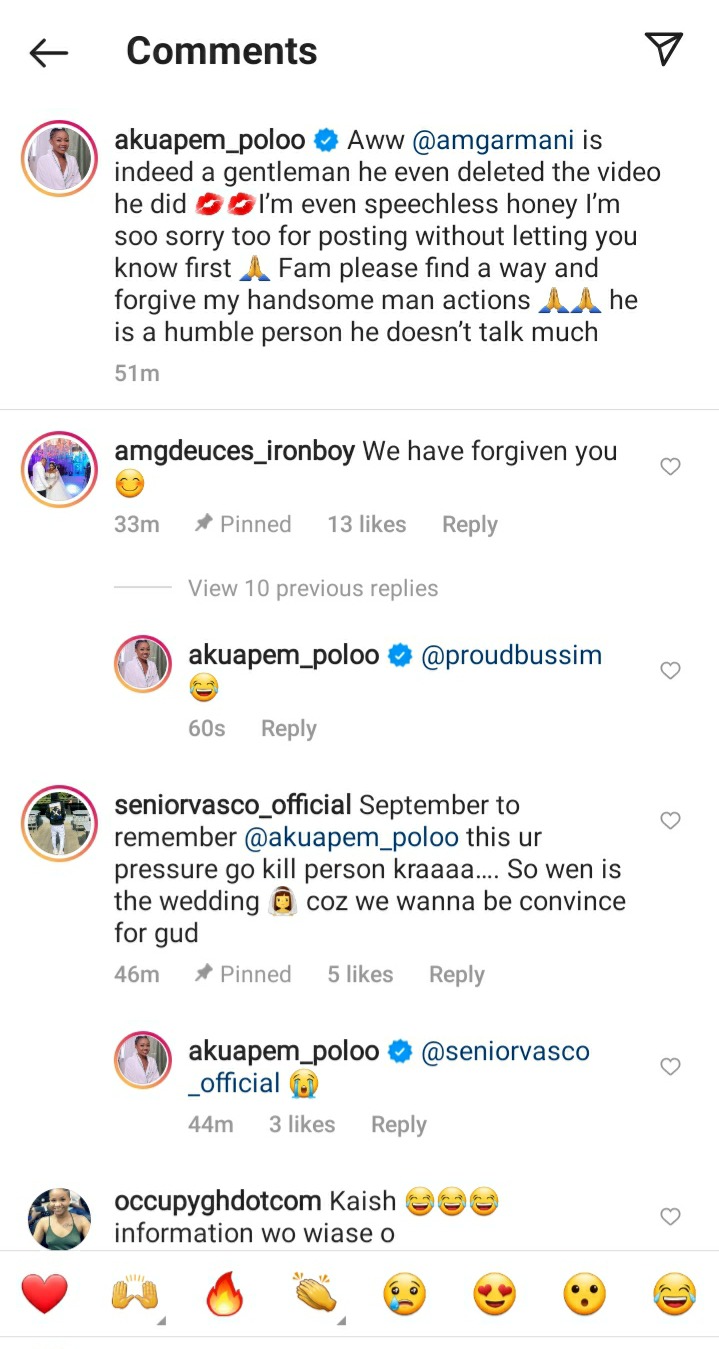 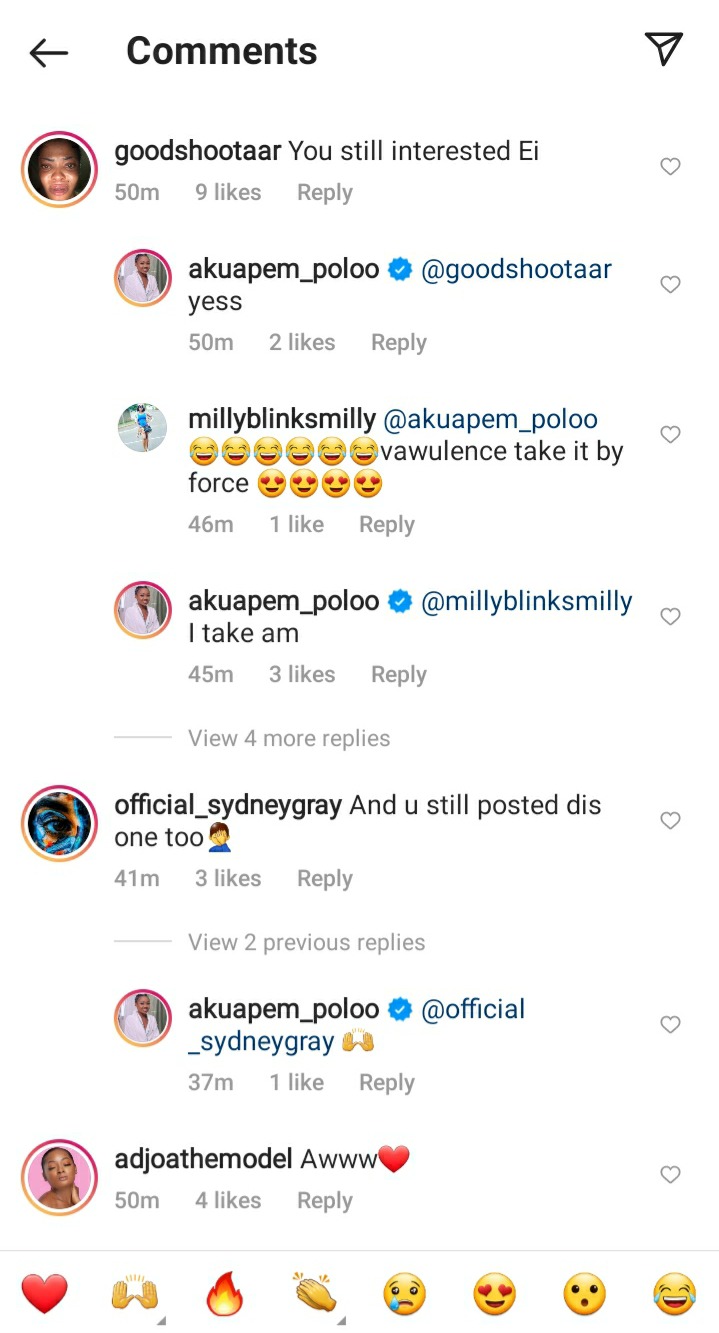 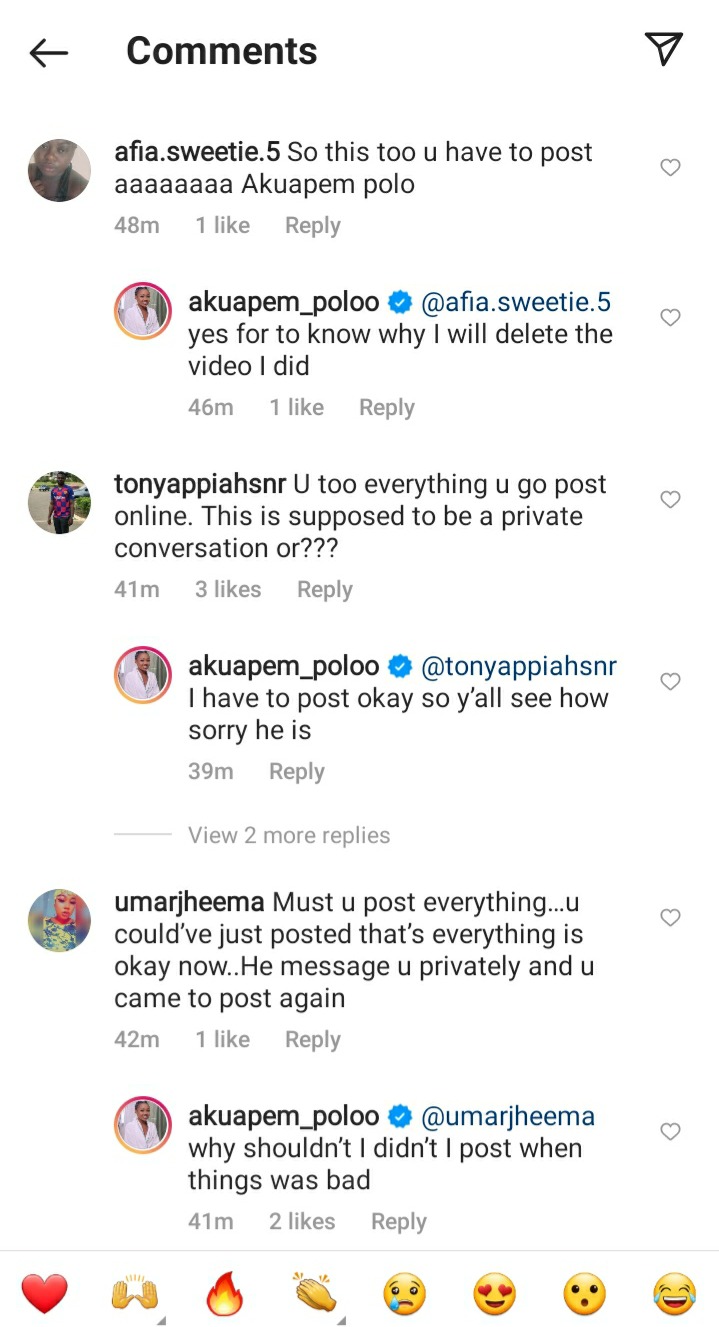 Was it right for Akuapem Poloo to share the screenshot? Kindly bring in your comments.

Shatta Wale Cannot Be Found In His House - The Ghana Police Service Has Some Investigations Ongoing.