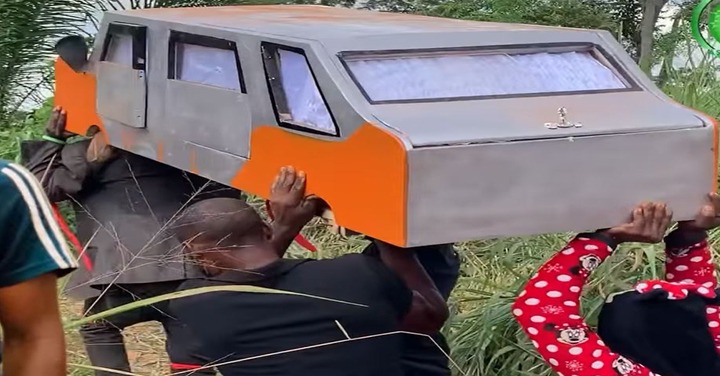 The kind of coffins used for the burial of some persons depends on the profession he was practicing before his passing. Footballers have been buried with football-shaped coffins whilst cinematographers have taken their final journey with camera-shaped coffins. Just recently, an Okada rider died and his coffin was designed like a motorcycle. These practices are very common in Africa traditional settings where the dead are properly given a befitting burial and funeral. Many have opposed the kind of coffin shapes given to individuals after their deaths but others believe that the African tradition must always be upheld.

The community of Asuom in the Eastern Region of Ghana has lost a great personality. He was a driver who many relied upon to take them to their various destinations when they need his services. As hard-working as he was, the young man never disappointed in the execution of his duties. There was a time when he had no vehicle but went ahead to save the life of a pregnant woman who was in labor with a rented vehicle. 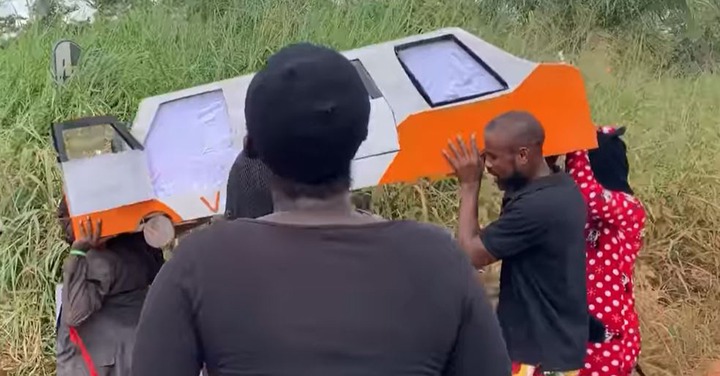 He was indeed loved by many but death did not allow him to live his full life. Abayeta Kelvin, a twenty-five-year-old man who died painfully has taken his final journey. His coffin has become the talk of the town after some young men carried it on their shoulders to the Asuom community cemetery. The coffin has been designed in a vehicle shape and the designer has painted it to suit the kind of work he was doing before his sudden demise. 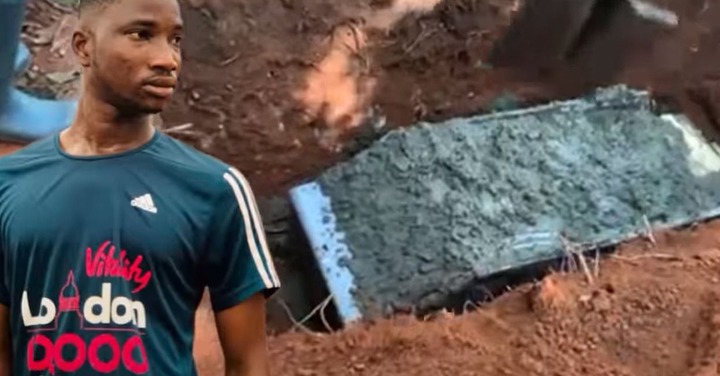 In Ghana, Taxis have similar colors to distinguish them from other vehicles. The yellow color is mostly not missing in vehicles that are being used for Taxis. This was how the coffin of the Taxi Driver at Asuom was designed. The vehicle-shaped coffin is painted nicely with yellow and ash colors. There are windows and doors on the coffin to make many believe that he is being buried with a vehicle. The late young man has been described as a great driver in the community and they believe this is the best coffin to define him as he takes the final journey to eternity.