By josh_nkp (self media writer) | 4 months ago

Media General and 3 Music Network have agreed to work together to broadcast the 3rd Music Awards 2022 on TV3, 3FM and other media conglomerate platforms. 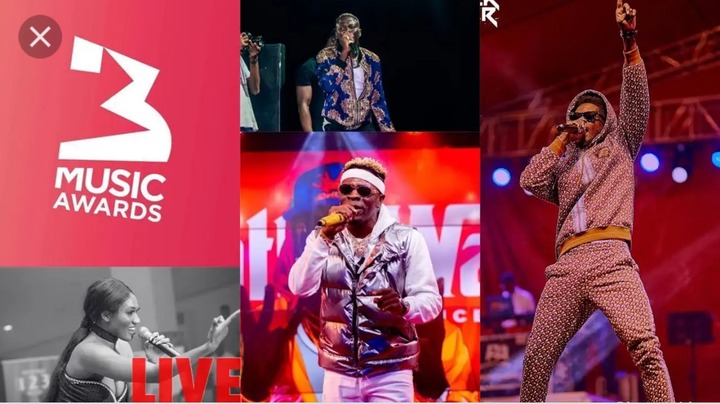 The event, which took place on Saturday, March 26 at the Grand Arena of the Accra International Conference Center, was the fifth time the popular award was awarded.

"We are pleased that after four years without broadcasting the event that began on our platform, the 3 Music Awards have returned to TV3, 3FM and other General Media platforms," ​​said Francis Doku, General Manager of MG Television.

“We have consistently and unequivocally stated that it is our responsibility to manage Channel One in Ghana to ensure the best content and shows find their place on our channel and in line with that philosophy, we have partnered with 3 Music Networks for the "5th edition of the award, " he said.

The General Manager also pointed out that the screening of the 2022 edition of the now highly dominant event for the Ghana Music Industry Awards and Music Festival is the first step in building closer partnerships with the 3 Music Networks for future production and screening with the help of the 3 Music Awards. Their audience and customers.

Meanwhile, 3 Music Networks Founder and CEO Sadiq Abdullai Abu expressed his satisfaction with his management and board's decision to work with Media General to broadcast the 3 Music Awards on their network.

"We made 3 music awards in partnership with Media General, but after the first event we had to part ways due to business reasons, and we are very happy that the conditions were right for the first return home event," said Sadiq Abu.

"We believe this is the first step in a better working relationship with Media General Group for this growing awards program and other upcoming events on the 3 Music Network."

The 3 Music Awards is a music awards ceremony in Ghana, held annually since 2018 to celebrate Ghanaian music. It was created by 3 Music Network with Media3 TV General as a broadcast partner.

This year's 3Music Awards will honor artists and their work in more than 30 categories, including the Grand Prize and Coveted Artist of the Year. The 3rd edition of the 2022 Music Awards will be broadcast live on TV3, 3FM and on TV3 and 3FM's social media pages.

3 Side Effect Of Taking Too Much Gari Soakings.