Meet Nam1's Kid Sister and Her Wealthy and Thriving Business.

Nana Appiah Mensah, who is just 37years old and now obviously a millionaire and popularly known as NAM1 is a Ghanaian businessman known for the Menzgold, gold dealership and investment firm that promised customers a 10 percent monthly returns on their investments and was also the Chief Executive Officer of Zylofon Media which had signed Ghanaian musicians such as Shatta Wale, Stonebwoy., Becca, Joyce Blessing, Kumi Guitar, and movie stars such as Benedicta Gafah, Toosweet Annan.

NAM1 has become a household name in Ghana and sadly, for the bad reason that, his financial company had found innovative ways to dissipate the hard earned investments of ordinary citizens running into many thousands of individuals. 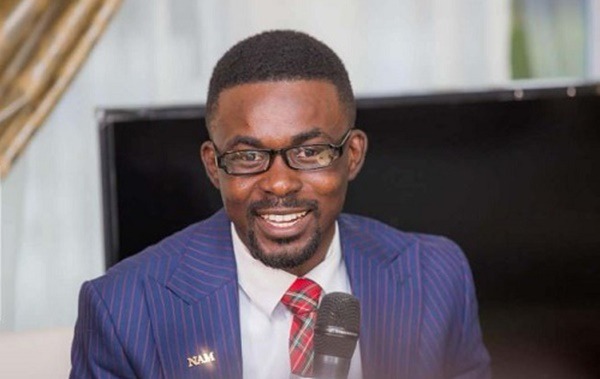 With the case prolonged but in court still, the Circuit Court in Accra handling it has adjourned the trial of Nana Appiah Mensah aka NAM1 to May 27. NAM 1 who goes to court always is seen with a heavy security presence always and interestingly, at the last court sitting on March 2, the court had warned that, it would be forced to strike out the case, as the court is unhappy about the delay on the part of the prosecution to file the necessary documents to commence the trial.

On that day, ASP Sylvester Asare, the prosecutor in the case, again prayed the court, to give them more time be to able to file their witness statement and other documents, as it was the case of the prosecution that, the number of victims involved in the case is over 16, 000 people and therefore more time would be required by the prosecution to do the necessary investigations, hence ASP Asare prayed with the court for time and begged the court not to strike out the case. Many concerned people are of the view that, something fishy may be going on and hence, the delay in prosecuting the man, well judged already by many Ghanaians as guilty of defrauding people.

Well, the information provided above is known to all, but what only few may know is that, her younger sister is a fashion designer and CEO of her own fashion empire called Sima Brew, well associated with leading celebrities in the country. 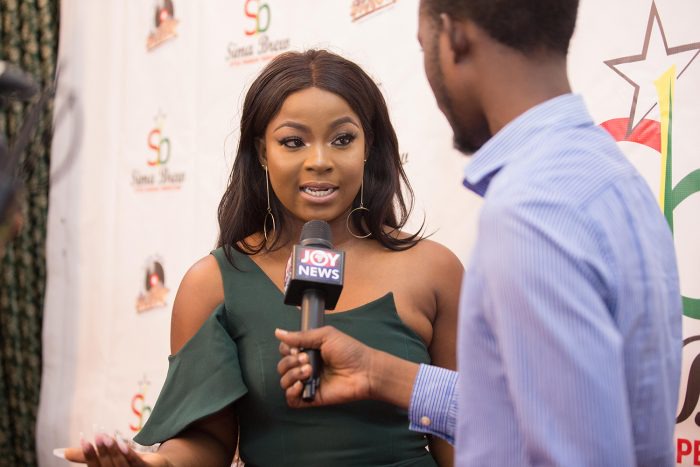 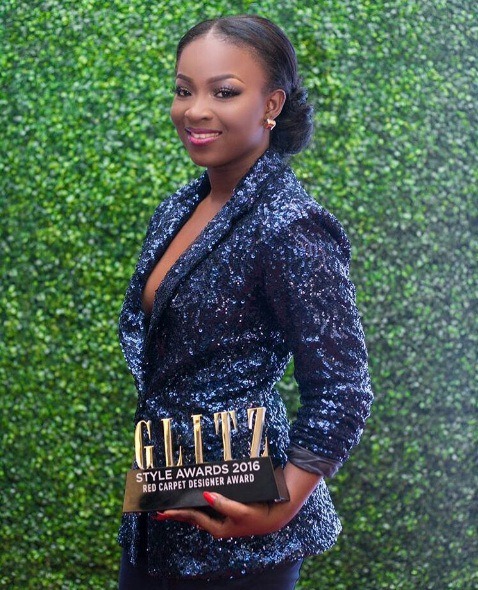 One of Ghana’s celebrated designers who has built a name for herself and her brand Sima Brew, a fast growing fashion design enclave, where aside crafting designer clothes, have also found a space in the fashion training and established its own institution where young people could come and learn what it takes to get into the fashion industry as designer.

"Simabrew is a brand born from the ideologies of creating empowerment to both women and men by adorning an individual in high fashion, bold and unique design. The Simabrew brand has become synonymous with femininity, romance and the essence of a classic soul with a modern twist. Keeping her customers in mind, many of her gowns feature customization beading, detachable necklines, and special corset technology for the perfect fit," according to its own website.

The brand boast of Serwaa Amihere as its latest signed model, in new pictures unveiled online. 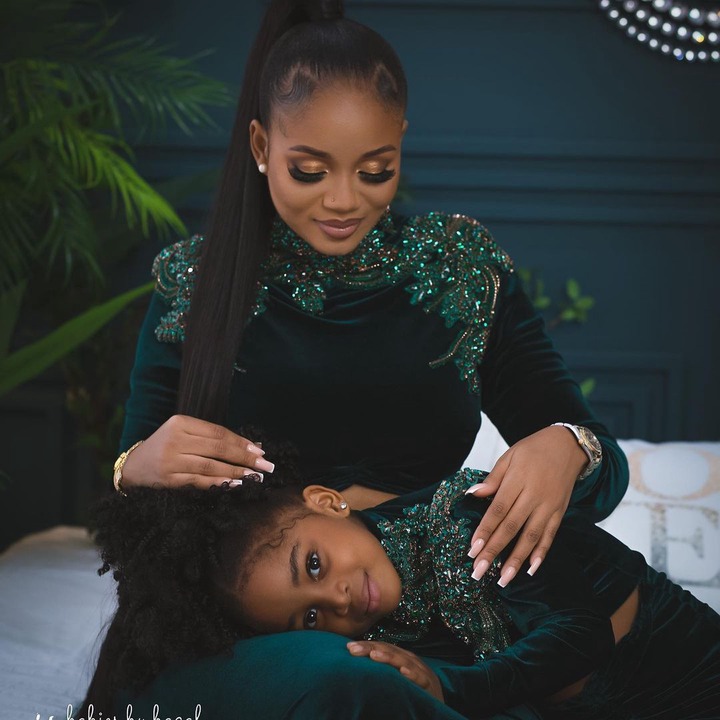 The Sima Brew Brand, doing extremely well, despite the controversies the CEO's biological brother may have been involved have even seen expansion in these last few years, as it has launched the SFBFaculty (Simabrew Fashion Business Faculty), an Institution incorporated in the year 2018 and the Faculty is aimed at producing top notch world class fashion designers with background in diverse arts, culture and design to enrich the world of fashion through creativity, skill, and unlimited imaginations.

SFBFaculty therefore provides a motivating environment where students receive hands on knowledge about different aspects of Fashion Designing industry. Designing being an important career choice of today’s generation, SFBFaculty offers hi-tech course that enables the students to stand out from the crowd in this highly competitive environment. It provides a platform to those who want to make a mark in the industry and have the courage to face the hardships and come out with flying colors. 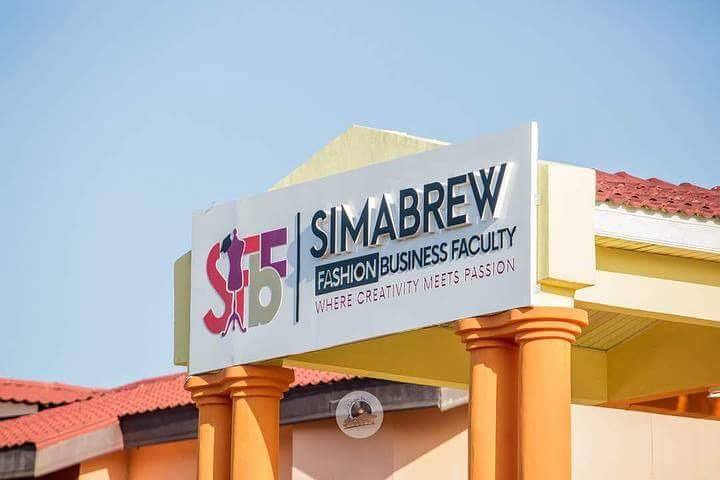 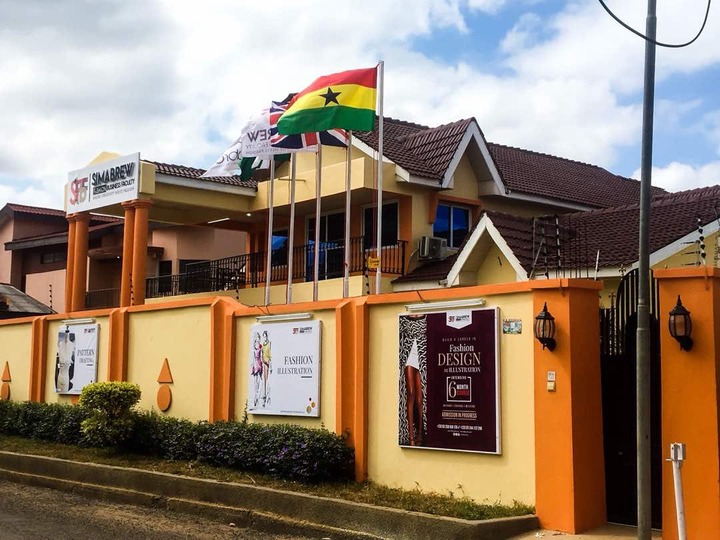 Just prior to starting this training arm of her fashion design brand, she was however hitched in an expensive and glamorous wedding that went viral, with pictures of his big brother, literally spraying cash from a storey building on the new couple, as seen here, https://www.instagram.com/p/Bb8b7u1F_0S/?utm_source=ig_embed Nana Appiah Mensah was seen spraying cash atop of a building, as the young millionaire was surrounded then, by two of his signees, Becca and Zynnel Zuh and poured money to express his joy. 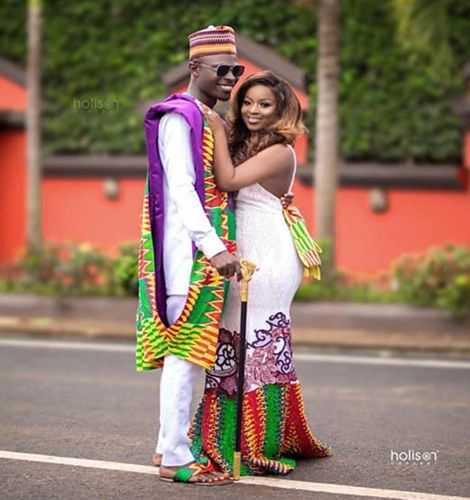