Kanye West Sets Himself on Fire at Album Listening.

By theLaw_pens (self media writer) | 3 months ago

Kanye West wowed fans at a listening party for his upcoming album. The rapper who was seen in a video, appeared on stage all flamed up. He looked like " The Ghost Rider". He was seen within a replica of his childhood house, the " Jesus Walks" rapper was consumed by the flames as an inferno began around him. Jaws dropped as the audience watched in awe according to Daily Mirror. 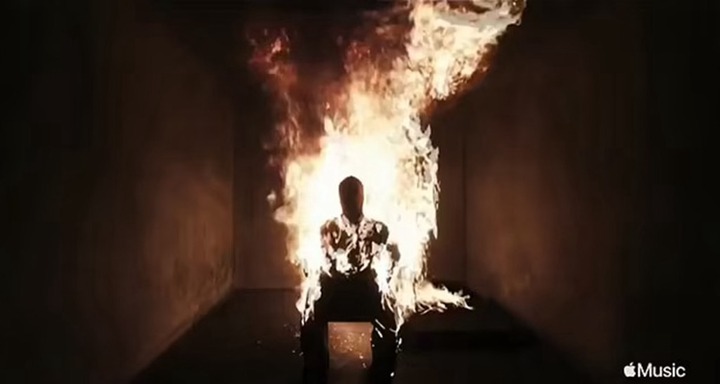 The Grammy award winner then calmly stepped outside of the make-shife house as the fire continued, well he was adorned in protective gears so that gave him some protection.

His estranged wife, Kim Kardashian also joined him on stage. Should we expect her ablaze as well? No. She rather wore what appeared to be a wedding dress and veil as she seems to be reuniting with the father of her four children at the Soldier Field in Chicago. 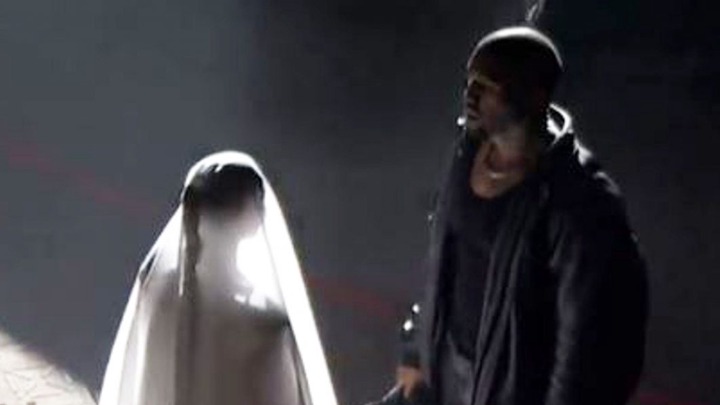 Well, many would take it as a sign of the former couple reuniting, but some media houses have said their sources have revealed that the pair are not back together and still going ahead with their pending divorce. 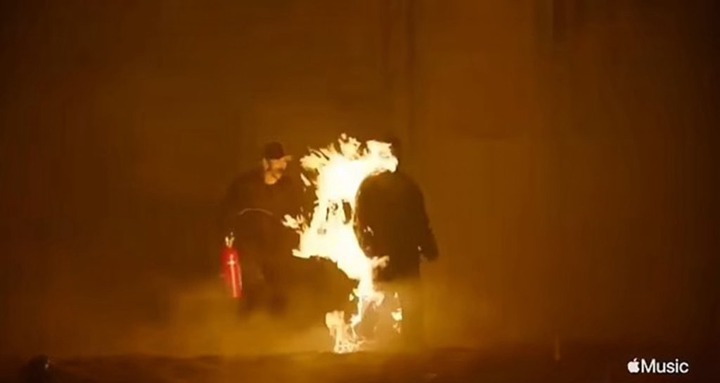 It did not take long when the security around later put out the fire with fire extinguishers.

However, many of Kanye's fans are waiting for his album launch.