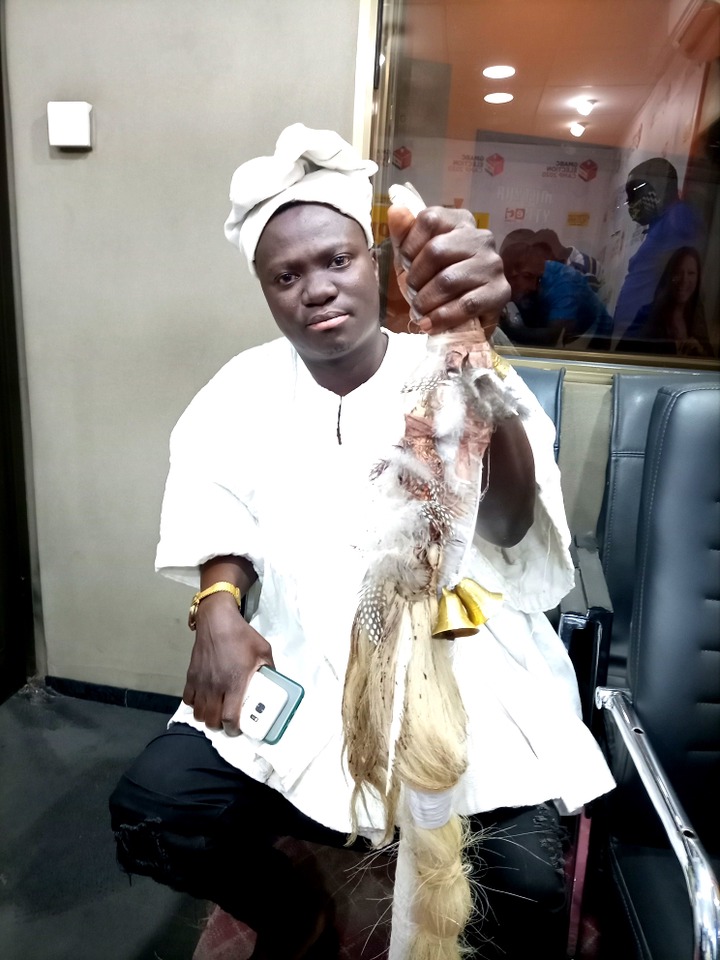 Nana Kwaku Peprah who is also known as Quotation Master or Lucifer or Ayaaba has revealed that war can happen in any country around world and the notion people have that, it was not possible for war to happen in Ghana is an erroneously held view that must be stopped.

"There is no country that war cannot erupt on. When war breaks out, it is not humans that fight but humans who are possessed to fight other humans".

According to him, when war occurs in any country, it is not humans that are fighting but rather it is spirits that possess humans to fight. He added, the reason why war occurs is that, the white people serve high 'God's' that require human blood from time to time.

"So either they create medicines to kill some humans for their 'God's' or look for a country that is low Spiritually to cause commotion. That situation spills blood which satisfies their God's. They see Africans as animals and as such offers us as sacrifices to their 'God's' by triggering war" he claimed.

Kwaku Peprah spoke to Reverend Nyansa Boakwa of Happy FM's 'Nsem Pii' show monitored on 'The Crusader YouTube' channel. He was speaking on the topic 'Bloodshed in Elections'.

Explaining further, he said wars don't just break out easily like that but most times they are spiritually induced. "If not for that, a normal person would kill just three people and would regret and stop but because humans become possessed, one can kill up to a thousand people before stopping".

In ending the conversation with Nyansa Boakwa, he said a foreign country's God is likely to trigger war in our land and all we need to do is sacrifice some cows in some major cities in Ghana to avert such problems.

He added, Ghana isn't different from any other country but sometimes, some spiritualist perform some sacrifices to avert war on our land. We need to be careful and sit up as a country.