Samini, one of the longest standing Reggae Dance hall Artistes in the Ghana Music Industry has thrown a jab at his colleague, Shatta Wale over yesterday's alleged shooting incident. 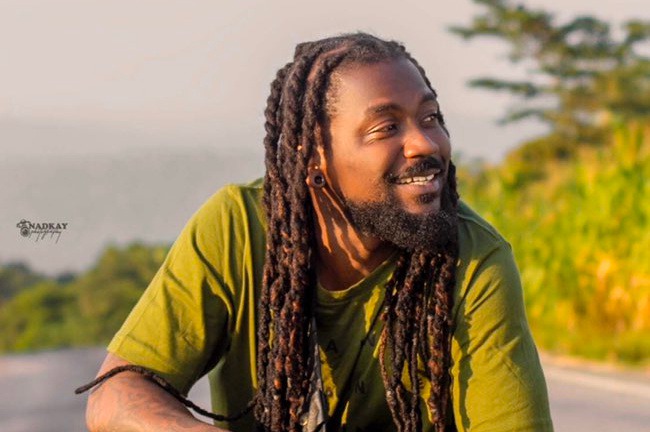 This was seen in a tweet sighted by the Dagaati Musician on social media.

Per his tweet, he said Shatta Wale has Ben fooling way back. But, this time, the Inspector General of Police, Dr. George Akuffo Dampare has refused to laugh at this joke and have decided to get him to account for such an act.

Security Analysts and Lawyers are of the view that Shatta Wale could be charged for causing fear and panic as well as spreading false information.

Around 5.30 to 6.00 pm yesterday, the Personal Assistant of the self acclaimed African Dance hall King, Shatta Wale was reported on tweeter to have been shot. 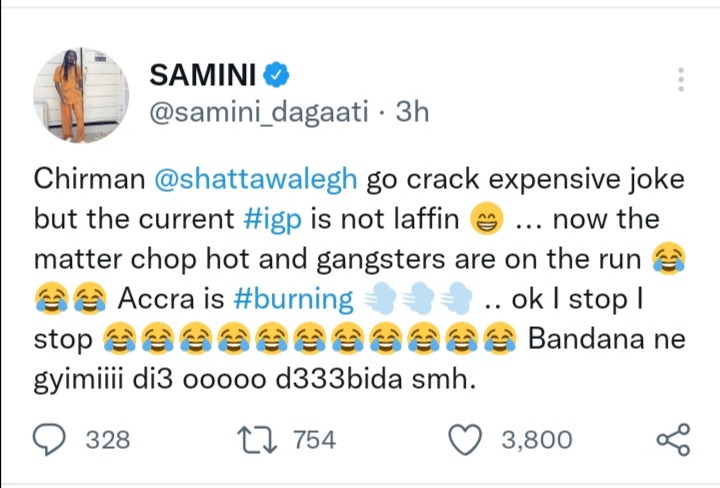 The incident according to the tweet happened around East Legon in Accra. Right after the tweet, the Ghana Police Service also announced of an investigation into the matter, went to his residence, but they were told he is not home.

After 24hours, it appears that the whole shooting incident was staged. This has brought a mixture of feelings among Ghanaians with lots of people criticising the Police Service, SM Boss, and his fans.

Today, Service says it is on a manhunt for the Musician and have told the general public to help them reach the Artiste. Meanwhile, his father, Shatta Capo says, he will do well to hand his son to the Police for further investigations to be carried.