The two have been spending their holiday in Sardinia with Satta's seven-year-old son Maddox according to report. 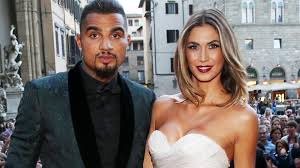 Between 2003 and 2006, Satta was in a relationship with Italian television personality Daniele Interrante.

She later entered in to a relationship with Italian footballer Christian Vieri.

In April 2011, their relationship ended because of his alleged infidelity with Sara Tommasi.

In October 2011, Satta was photographed entering a hotel late at night with American basketball player Kobe Bryant, and leaving early in the morning.

In April 2014, Satta had a child with her fiancé, called 'Maddox Prince', then in June 2016, they married. The pair separated in January 2019, before reuniting later that year.

In December 2020, they announced their divorce on social media.