The recent circulating photo that has sparked massive stir, debates and arguments across all social media platforms is the one above as the popularly known dancehall artist, Shatta Wale was caught kneeling before the Inspector General of police, Dr George Akufo Dampare in a recent meeting.

Not long ago, the dancehall artist, Shatta Wale alongside Medikal were arrested for unlawful acts which saw them remanded in police custody after being arraigned at the Accra circuit court by Ghana police service.

After the popular dancehall artist was successfully granted bail, he took the privilege to storm one of the meetings organized by the Inspector General of police, Dr George Akufo Dampare that saw all industry players including musicians, actors and just to mention but a few all present at the most anticipated conference.

Unexpectedly, Shatta Wale caused another scene which later led to the halt of the meeting in the presence of top industry players amongst others.

However, the recent circulating photo that has raised lots of concerns amongst Ghanaians was when the dancehall artist, Shatta Wale was caught kneeling before the Inspector General of a Police. Dr George Akufo Dampare as it came as a huge surprise to most Ghanaians especially fans and followers of the award winning musician. 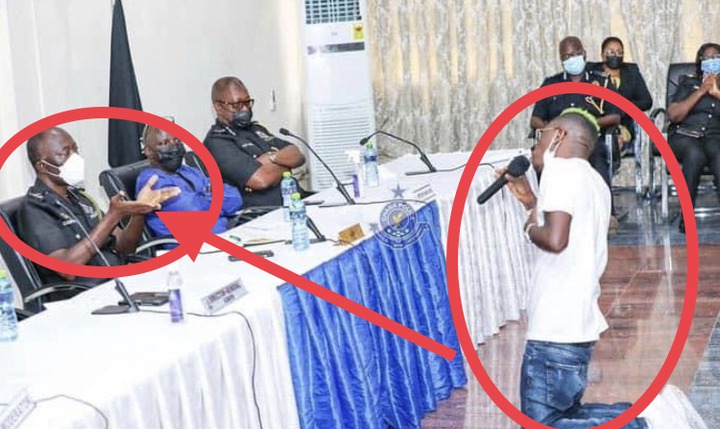 From the above photo, we can clearly notice the Inspector General of police, Dr George Akufo Dampare was undoubtedly surprised to witness Shatta Wale’s behavior during the most anticipated meeting considering his body language in the above photo.

Upon the unexpected photo of the dancehall artist, Charles Nii Armah Mensah kneeling before the Inspector General of Police, Dr George Akufo Dampare popped up online, most Ghanaians took the privilege to share their immense opinions and thoughts on IGP Dampare’s reactions upon seeing Shatta Wale kneel before him during a recent meeting.

Below is a look at some of the comments that cane through as individuals shared their respective opinions and concerns over the alarming issue. 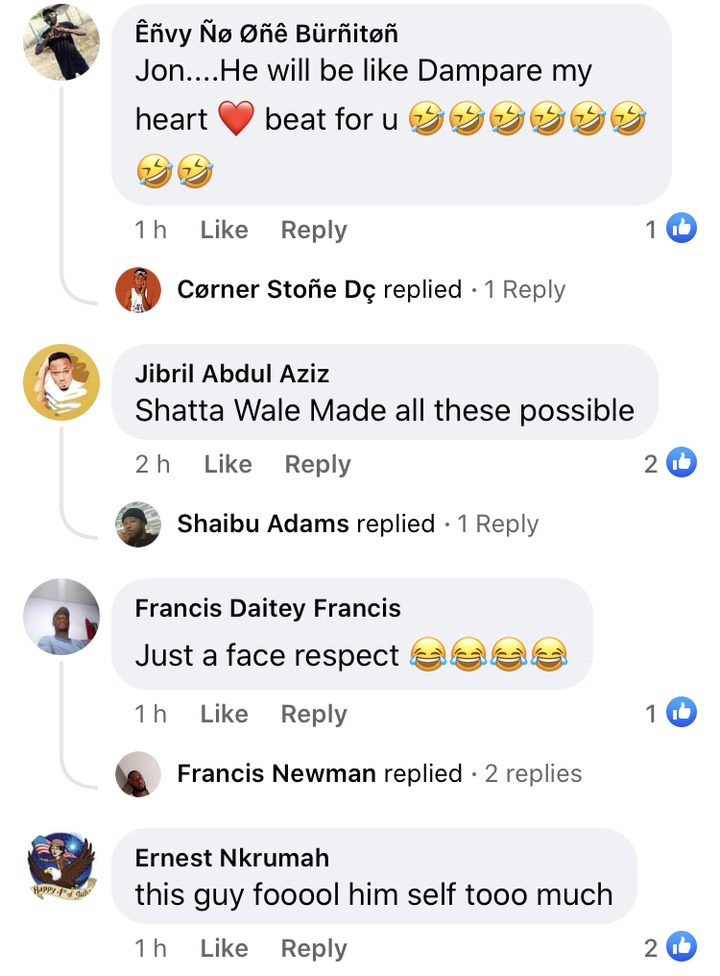 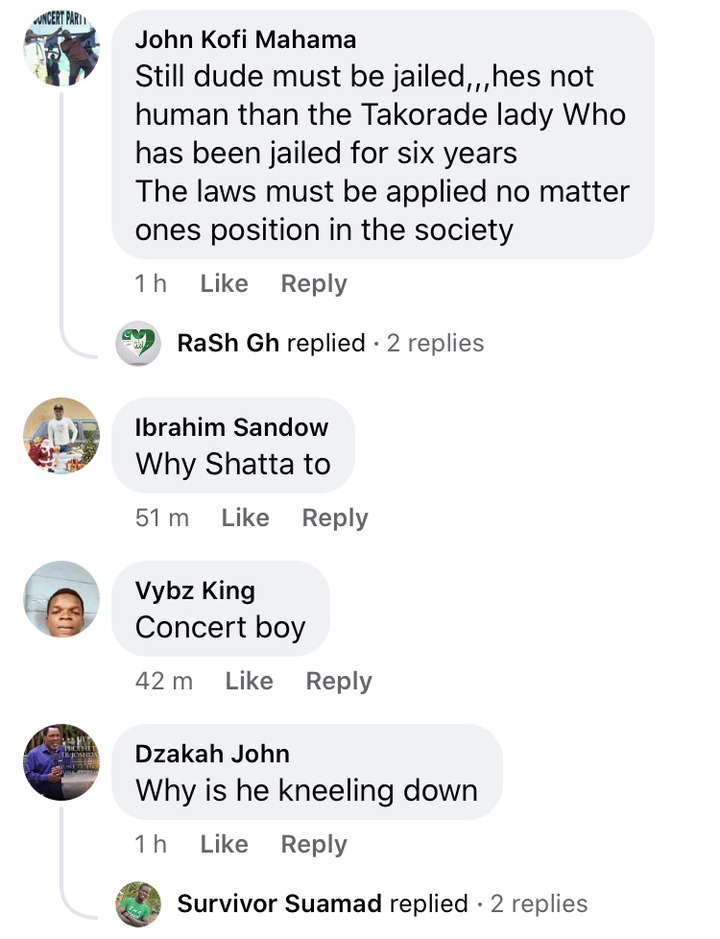 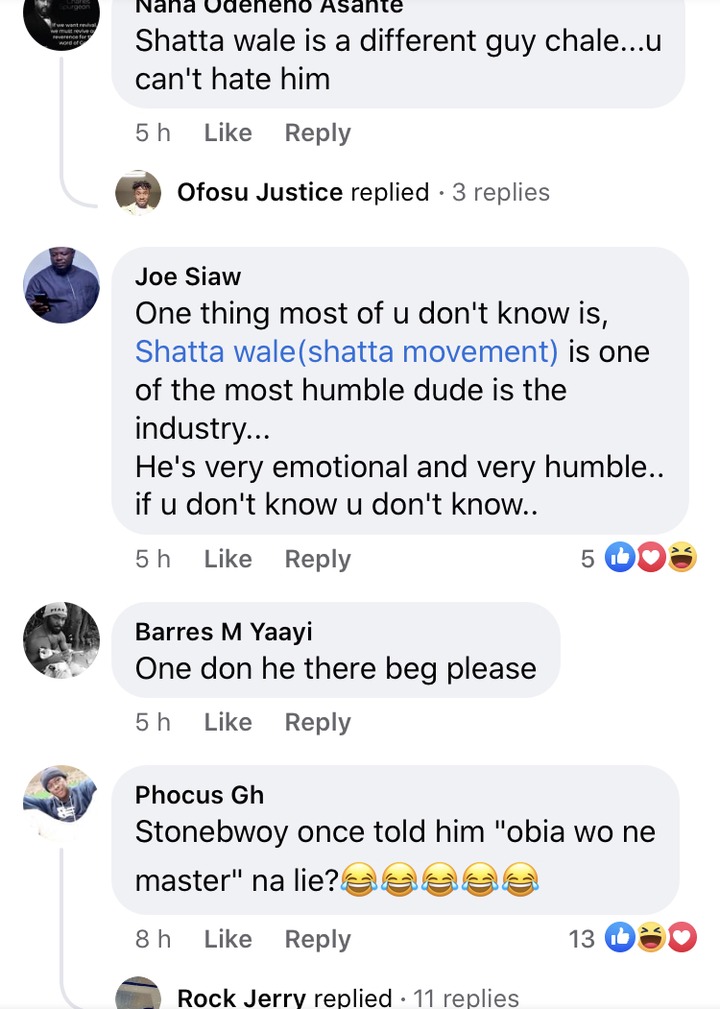 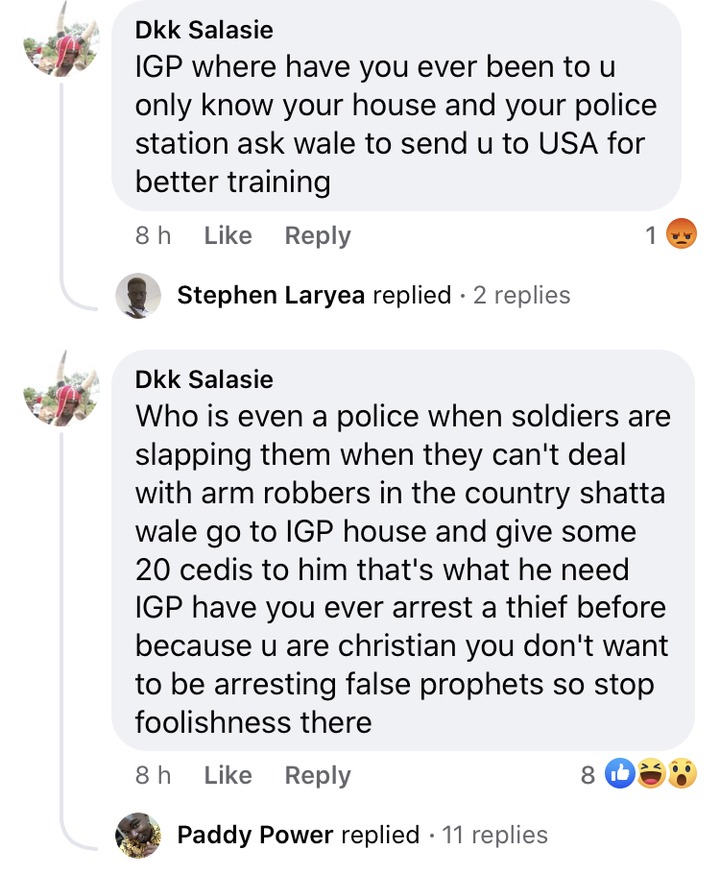 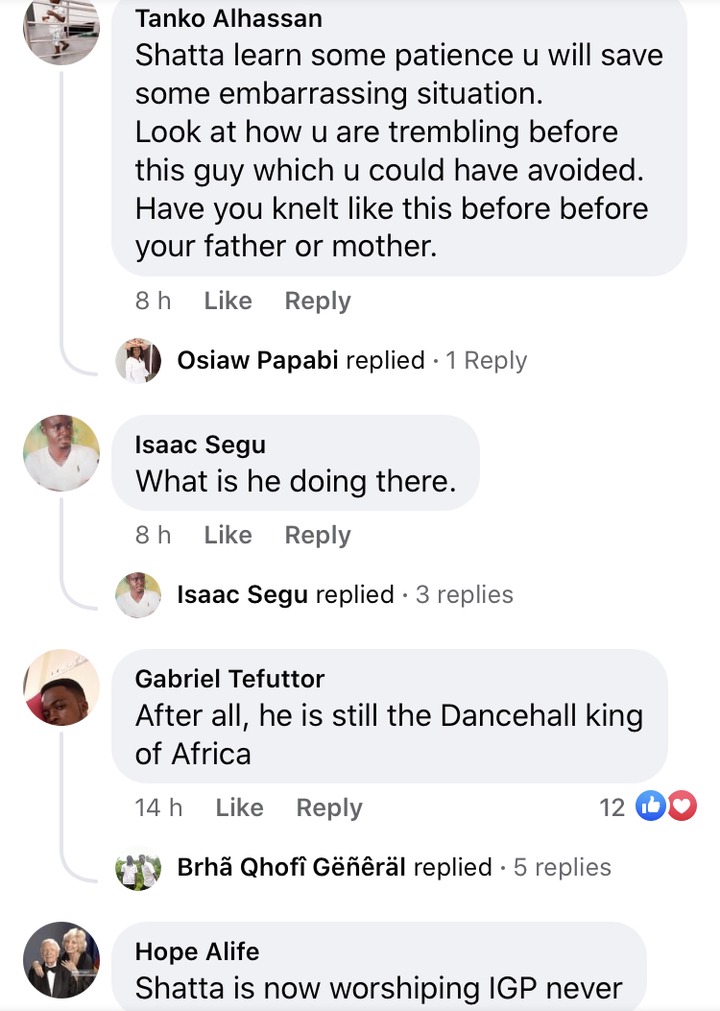 From the above comments, we can clearly notice that most Ghanaians were disappointed in both IGP Dampare for arresting and jailing the dancehall artist aside blaming Shatta Wale for causing his own arrest whilst others stated otherwise.

What are your thoughts on the unexpected photo as Shatta Wale was caught kneeling before the Inspector General of Police, Dr George Akufo Dampare even though most individuals claimed otherwise?