Date Rush Everyone deserves Love but not everyone get Love. When it comes to Date Rush Show, 5G-News would not bring you only what happened but how and why it happens.

Last night was Date Rush Season 5, episode 1, every episode is into 2 part.

Question for the Show: Do you think cooking should be a major factor in considering your partner? To those ladies bragging of beauty please add cooking.

Evance said what he needs is beautiful woman who is faithful.

Prince said he cannot go with a woman that cannot Cook, others also share their opinion although.

The Lady on stage was Nana Akua, in her first profile video, she said she is a student in media and journalism, she is single and looking a date, she is the indoors girl types. You know what she mean right!!

Decision time, 1 rush went off remaining 9 rushes on. Philip said the lady look like a church girl, he put off his rush because he don't like indoors girls type.

Second profile video, she was dating and later find out the man was a married man and that was why she ended that relationship.

Decision time, and 1 rush went off remaining 8 rushes on.

Third profile video, She wants to be a famous TV presenter, she wants a respectful man, and a man that would take care of herself and her parents.

Decision time, and 5 other rushes went off remaining 3 rushes on.

Some guy said the distance from Kumasi to Accra is what they don't like, though she made it a point that, she is from Kumasi but she is not staying there. Well, some other put off their rush because looking at how to take care of a lady and her parents hmmm, that was when she clearly stated that, any guy who love her should love her parents in the same way not necessarily money.

Her question to the two guys; What if I tells you I have a baby? Evance said it may happen he too he can't give birth, he would adopt that child so she should ask another question that doesn't seems to be a question to him and Rockson also said he would still love her.

Second question, What if you found out I'm a stickly?

Evance said sickly don't live long, if unfortunately she die he was single before he met her so he will be single again. And Rockson also said if she is a sickly, she will definitely and that ends it. The dangerous answer Rockson gave could be the reason She chose Evance over Rockson. 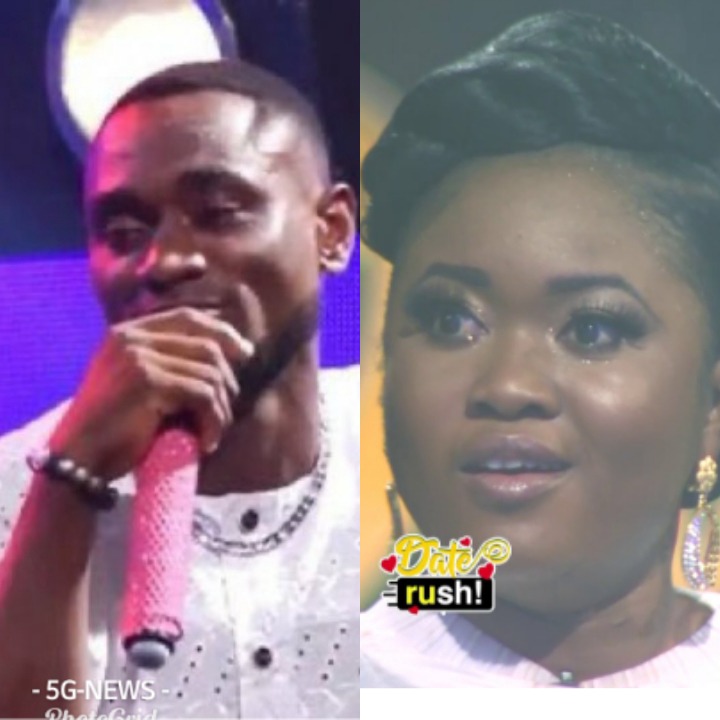 Date rush fans said this Love no Balance, because they see Evance to be Fatima in a man form eeei Ghana!!

Thank you for reading!! Stay tune for part 2 "Aunty Martha"