The National Science and Maths Quiz mistress Dr. Elsie Effah Kaufmann has a very lovely family. The Mistress is blessed with two lovely children; a boy and a girl of which few knowns about.

In a photo making waves on social media after the 2020 edition of the National Science and Maths Quiz came to an end, it sees the Mistress posing for the camera with her two lovely children and Ghanaians can’t stop talking about it.

From the looks of the children, it is believed that the lady is the oldest followed by the boy who looks like her mother. 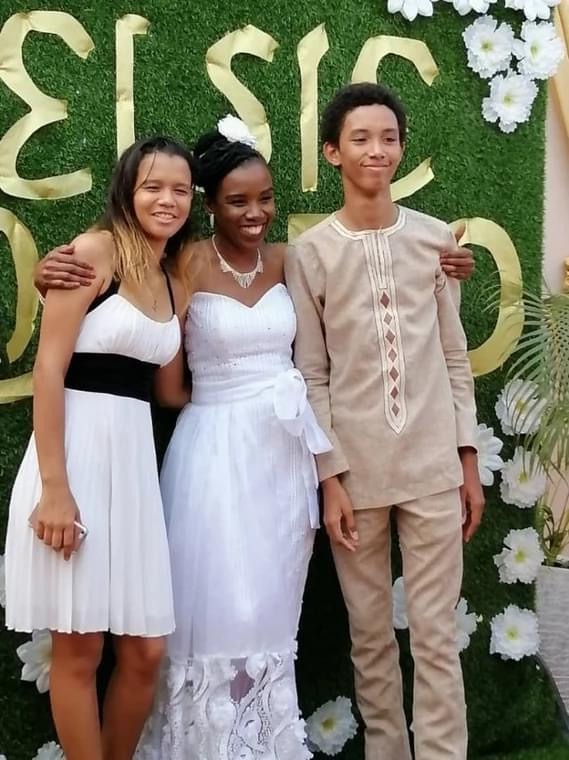 Dr. Elsie Effah Kaufmann who is a Ghanaian academic, biomedical engineer started hosting the NSMQ in 2006 after Marian Ewurama Addy was the quiz mistress from 1993 to 2000 and Eureka Emefa Adomako from 2001 to 2005.

However this year’s edition of the NSMQ has got a lot of attention following reactions on social media especially twitter as compared to previous edition. This year was trolls upon trolls..lol

Elsie Effah Kaufmann also got her portion as she was heavily trolled as during one of the enthralling contests, she said ”zelo” instead of zero while giving out a question.

In the video which has gone viral, Mad. Elsie while reading one of her routine questions said ”five point zelo(5.0)” referring to ”five point zero”.

However, Legon Presec came out the champions of this year’s edition of the NSMQ making them win the trophy 6 consecutive times.