By OEntertainment (self media writer) | 4 months ago 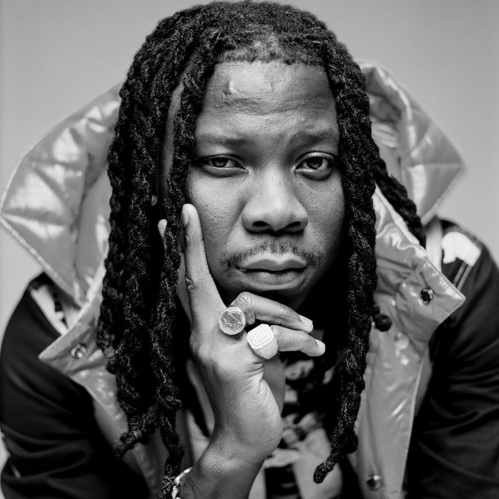 Ghanaian dancehall artiste Livingstone Etse Satekla also known as Stonebwoy has said his concert ‘Ashaiman to the World’ has changed the perception people have about Ashaiman.

According to him, being a musician has helped calm the bad tag put on the name of the Ashaiman community, he was speaking in an interview in Accra.

Ashaiman, a suburb in the Greater Accra Region is known for its crimes and violence is the place the musician was raised. 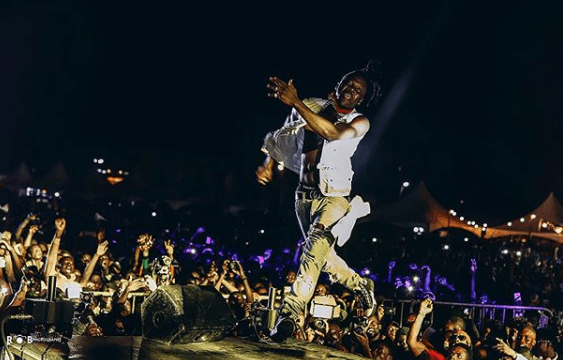 Stonebwoy said Ashaiman being a place he knows well has elevated and he also being a musician has in one way erased the bad perception people had about the town.

“Perception is reality to somebody so there was a need to change that thing, so when I was growing up and doing music, I always had the dream to do something to push the name,” he said.

He said lots of people who are doing very well in the industry were also raised in Ashaiman but due to the bad name they couldn’t help erase the stigma.

“Now everyone is happy to say, ‘Oh, I used to live in Ashaiman’ because things have changed, all because of the love people have for my brand,” he said. 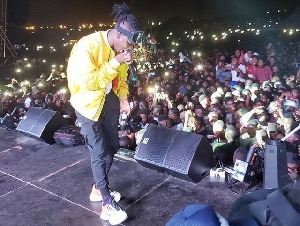 He said the burden of most of the people in the town are actually on his shoulders because he has dedicated everything to make the town a better place.

“It has changed our name. I travel to America and other places and I hear people calling out ‘Ashaiman to the World!’ Money can’t buy this.”

“There’s also the glory it brings to us and the businesses it brings to Ashaiman is uncountable,” he elaborated citing financial houses that have now been established in the township: “As I speak now, there is no bank that doesn’t have a branch in Ashaiman. Every bank is thriving, from Barclays to Stanbic to GT, and it tells you there’s something going on over there, ” he added.

“This event brings market to people because people will rent things, some people manage the traffic and parking for tips, it brings business value also, so it’s a thing that trickles down to a lot of people to gain some stuff,” he concluded.

1Gad as he’s affectionately called, also prompted people who think he’s making money for himself because of the numerous brands associated with the concert that it’s not the case.

“What I get is to sit and watch and be happy and know that I’m representing a community which is part of the legacy that I have to leave,” he shared.

The 'Ashaiman to the World' music festival starts on Monday, 3 September, 2022.