Captain Smart Should Stop The Bragging; He Was Fired- Daddy Fred Insists Daddy Fred of the Announcer Newspaper has advised radio broadcast journalist, Captain Smart to stop bragging about his exit from the Angel Broadcasting Network (ABN). According to him, the broadcaster should be ashamed for having propagated an agenda that he resigned from the media house because his employers wanted to 'gag' him.

He insisted that the truth exposes Captain Smart and that it would be appropriate for him to stop bragging about he leaving Angel Broadcasting Network. 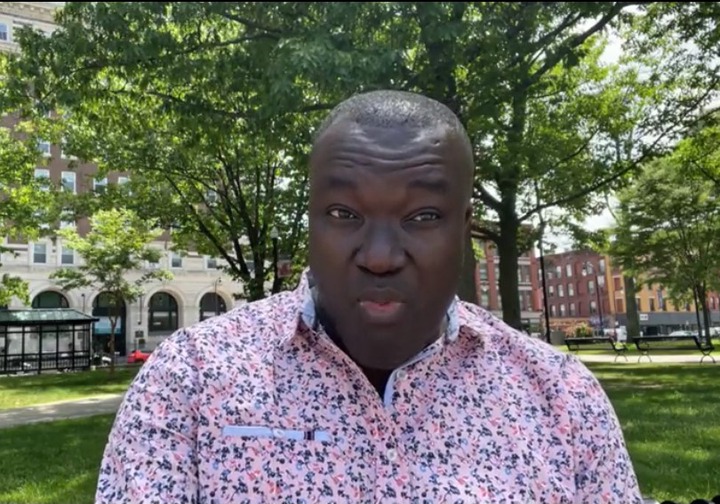 "I said this. He was just twisting facts. You cannot go into someone's work environment and make yourself bossy over ethics and regulations. Come out and say the truth that you were fired. It wasn't any suspension. The bragging won't help you. stop it.

"You cannot disrespect the authority and advise of the employer. He had spared you with some caution and yet you felt you were bigger than that? You see how your own colleague exposed you? He came out to expose you," Daddy Fred stated.

He continued that, should Captain Smart remain untruthful to his former employer "as he currently is attempting to disgrace him", the car the company bought for him would be confiscated, and possibly an arrest made on him for taking a property that isn't his.

"Now the car you have is not registered in your name and the employer could cause your arrest. It was simply your own indiscipline that caused your own doing."

Daddy Fred noted that Captain Smart will suffer some credibility crisis if he does not make amends with Dr. Kwaku Oteng, the Chairman of Angel Group of Companies.

Watch the video of these claims via the link below.