I'm giving you two days to show me where Twene Jonas is, else I will come to Ghana myself - S. D Don

By Naycha (self media writer) | 3 months ago 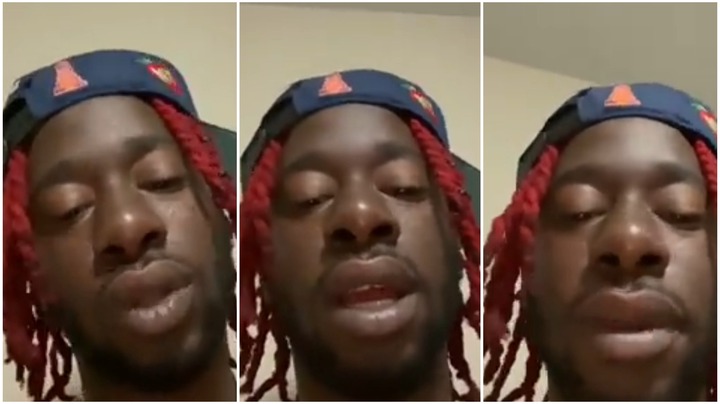 American artiste, Say Da Don, who is a friend to Twene Jonas has sent a message to the president of Ghana and the New Patriotic Party (NPP).

A couple of days ago, NPP's Hopeson Adorye did a live video from the United States of America. He stated in the live video that, the freedom fighter, Twene Jonas has lost his job and also revealed more secrets about Twene Jonas.

The video sparked controversies on the internet as many goes hard on the politician for the comments he made in the live video.

Twene Jonas' friend, Say Da Don has sent a message to the government of Ghana. According to Say Da Don, he has called Twene Jonas on phone but he can't reach him. He also went to Twene Jonas' house but didn't see his friend.

Say Da Don further stated that, he has been getting messages from people that Twene Jonas has been arrested and he's giving the the government two days if he doesn't hear from Twene Jonas he will come to Ghana himself.

"I have a message for Nana Addo and the NPP. Listen! Listen fucking clearly."

"I haven't heard Twene Jonas all day. Been calling his phone but no answering. I went to his house he's not there."

"I need you guys to tell me if you have Jonas ina.. you have two days to let me know, come live let me know of Twene Jonas is arrested or not."

"If you guys don't let me know, am coming to Ghana myself. Don't play no fucking games. I will come to Ghana myself, Say Da Don. Don't fucking play with me", he stated in the video. 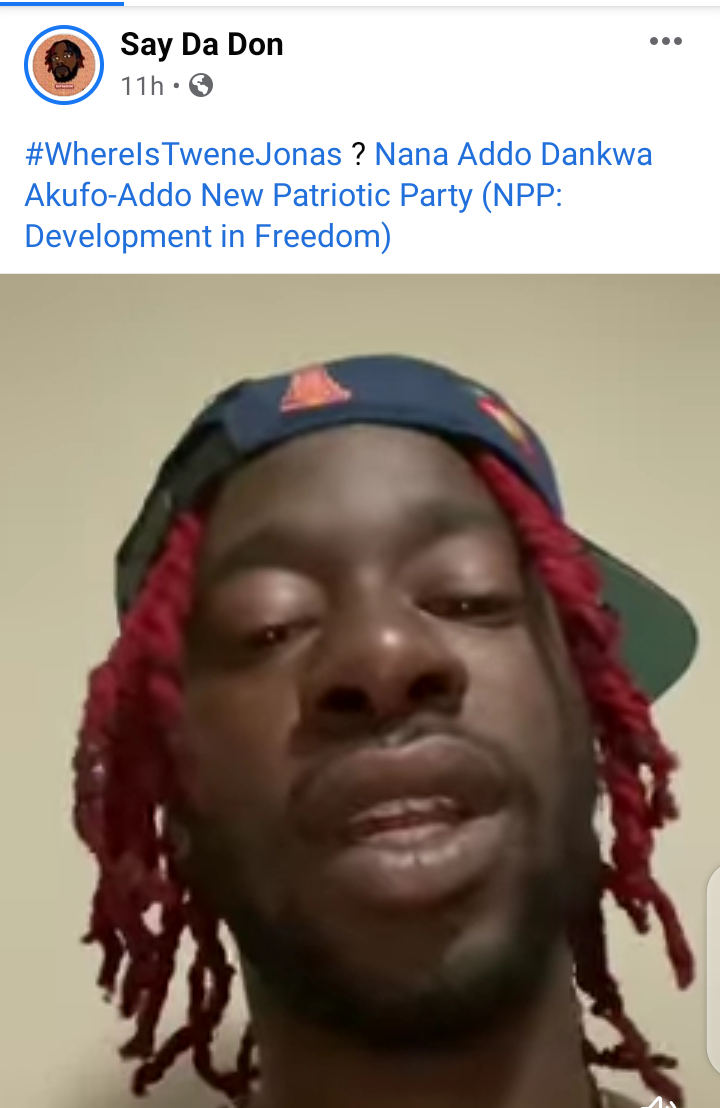