By Knucqlex (self media writer) | 25 days ago 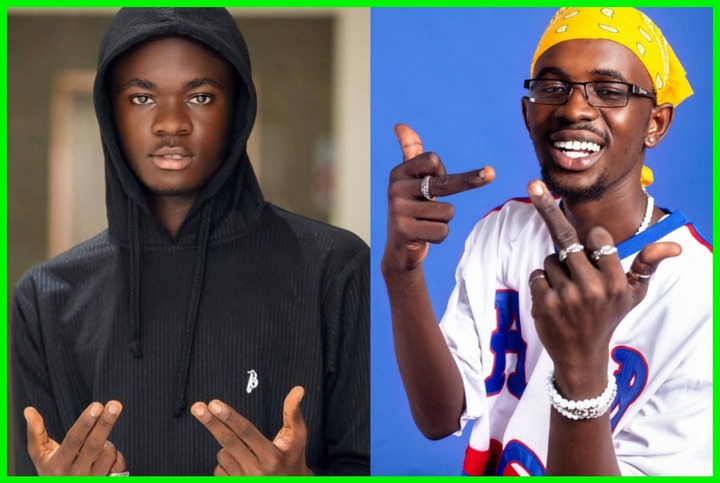 This year's Afrima would be really fascinating because we are seeing most of our beloved musicians holding the same nominations. Which Ghanaian musician do you think will be winning it this year? Though we are happy most of our upcoming musicians made it to the list, am not really happy because I didn't see some musicians who I thought would have made it to the list.

Let's get back to the bright side, Sarkodie, Gyakie, Stonebowy, Yaw tog, Black sherrif, Kidi, Diana Hamilton and Kuami Eugene made it to the list. 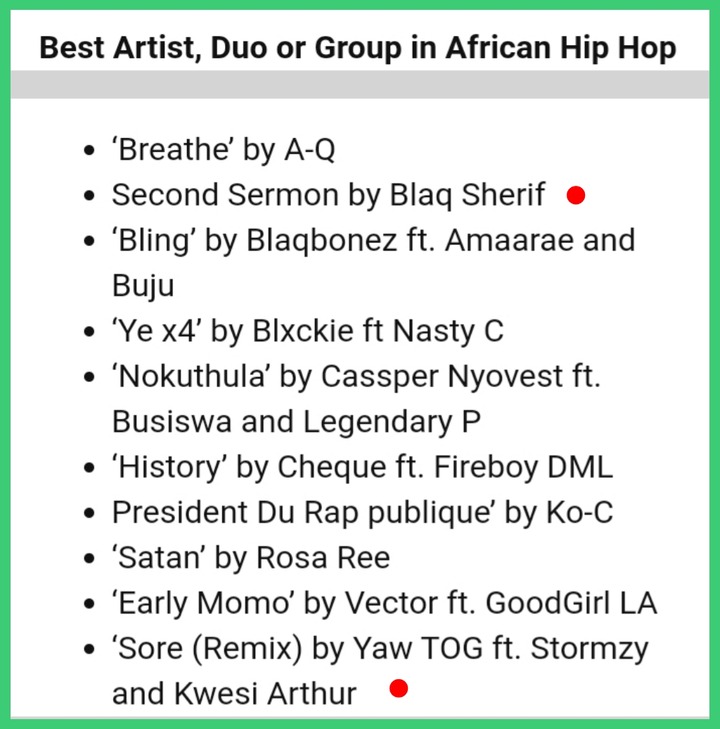 Who else were you thinking would have made it to the list? Yaw Tog and Black sheriff are the only two teenagers here. Yaw Tog who's real name is Thorsten Owusu Gyimah who made to the global bill board when he had the chance to make remix with UK's finest rapper, stormzy. Though Yaw tog is schooling, his song went viral because so far so good,yaw togs sore remix had had 5 million views on YouTube. 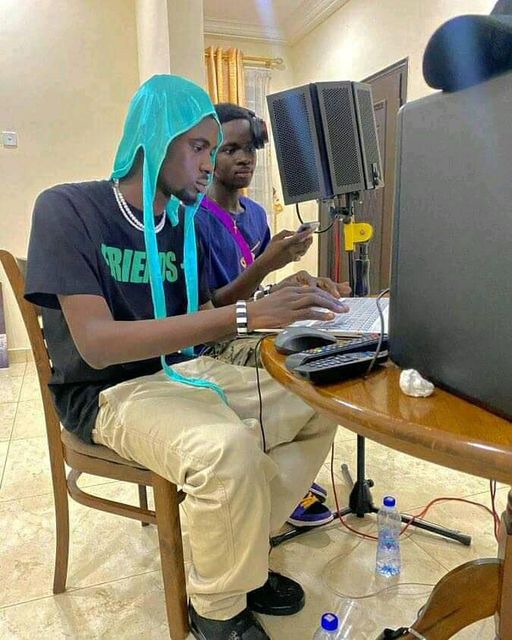 This is really marvelous because he is just 18. Many acknowledged him and said he would take Ghana music to the next level. Not so far, Black sherrif also broke through, despite he been a teen also(2019), he had to work harder to get to where he wanted to get to but I guess he's hard work payed off because,though he has sung some couple of songs a while ago, he released a second version of his first sermon titled "second sermon".

The second sermon was really accepted because, it also had 6million views on YouTube in just two months. These two teens have a bright future, they need the be more hard working and consistent. These two are cool friends because they support each other's music. 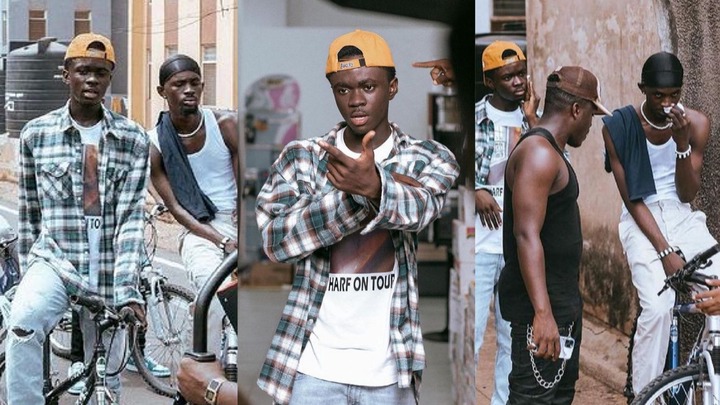 In this year's Afrima, black sheriff had the same nominations yaw tog whiles yaw tog also had two nominations. Be sincere, who do you think is good enough to be the best among yaw tog and black sheriff? Don't forget they are not the only ones who had that nominations, few other musicians in other countries also did so, let's hope one of our owns win it. Yaw Tog o Black Sheriff? Who do you go for?

As always" we see differently"

I will donate 100 bags of cement to the chief to complete the school if the president is saying so.