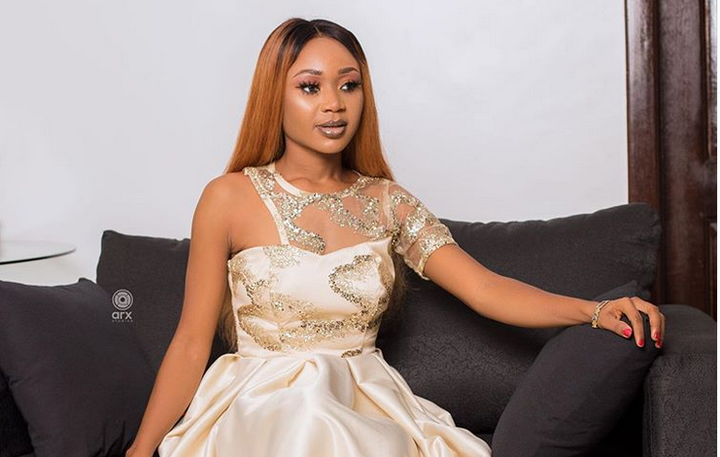 A celebrity is a person, who is within the field of entertainment and sports and who has a prominent profile and commands some degree of public fascination and sway in day-to-day media. The term is often synonymous with wealth, implied with great popular appeal, fame in a particular field, and is easily recognized by the general public.

Most persons who are known as celebrities in our dear mother land cannot be termed as such because they don't command the wealth that is normally associated with celerity status.

But in Ghana, most persons who attain some little popularity are called celebrities. Some of these persons are living in rented apartments and don't necessarily have the wealth that celebrities across the world have. Yet still most of them are referred to as such.

To put the Akuapem Poolo's matter into perspectives, it is only expedient I enumerate some few examples of celebrities who have had a brush with the law outside Ghana.

Lil Wayne is a popular American rapper who has had some criminal record. His first arrest was in New York City in 2007, his second was in Idaho in 2008- both were for possession of weapons and drugs.

In 2007, O.J. Simpson was arrested and charged with armed robbery and kidnapping in Las Vegas, Nevada. After being found guilty in 2008, OJ was sentenced to thirty three (33)years imprisonment, which he's still serving.

Again, George Michael, an English songwriter and singer was arrested in 2006 for possession of C Class drugs - beginning his long string of drug related arrests. As a result of the first few charges, George Michael faced community service and was banned from driving for two years.

In 2002, R Kelly a popular R & B singer was accused of being with an underage girl after a video of them surfaced. This was the start of a long string of events in which police discovered evidence that showed R. Kelly had sexual relationships with at least fourteen different (14)minors. In 2008, a jury found R. Kelly not guilty.

Another important celebrity who has also had some problems with the law has been Mike Tyson. He had been in good standing with the law until 2007 when he was accused of possession of narcotics. For this, he was sentenced to twenty four hours in jail, 360 hours of community service, and three years of probation.

The above notwithstanding, some celebrities in Ghana have drawn wide condemnation unto themselves for either making unsavoury comments or for exposing certain parts of their bodies which was found not to be proper within the Ghanaian context.

The one that easily comes to mind was the 2019 scuffle between the Stonebwuoy and Shatta Wale that nearly marred the otherwise beautiful 2019 VGM Awards.

The story has is that, there was a confusion which came about as a result of Shatta Wale and some of his militants who decided to mount the stage when Stonebwuoy had been called upon to receive the award for Dance Hall Artiste of the year.

The appearance of Shatta Wale on the stage aroused a misunderstanding which resulted in a scuffle making Stonebwuoy pull a gun on stage on a live televised VGMA 2019.

With this uncouth behaviour from Stonebwuoy, the only sanction that was announced by Charterhouse was an indefinite ban of the two dancehall artistes from the VGMA's. Couple with this, they were to return their awards they had won during the event back to Charterhouse.

Before the current Akuapem Poloo debacle, somewhere in 2017, a beautiful actress by name Christabel Ekeh splashed her nude pictures on social media.

When she was asked why she did that, she said that was her way of introducing her new self to the world. As usual, the there was the normal public outrage and public opprobrium but no legal action was taken against her.

I think this is what might have emboldened actress and socialite Rosemond Brown to have splashed her nude pictures with her son on the internet.

When this matter came up, as usual those of us who had problems with it, spoke about it and those who felt it was normal, saw nothing wrong with it.

Widely known as Akuapem Poloo, Rosemond Brown was found guilty of posting a nude photo of herself and her seven-year-old son on June 30, 2020, his birthday.

During the court proceedings, she pleaded guilty to all three charges on Wednesday and was convicted on her own plea by the court though she had initially pleaded not guilty.

Reading the judgement in court, the judge, Christina Cann, bemoaned the spate of nudity on the Ghanaian social media space.

According to her, the punishment meted out to Rosemond Brown must serve as a deterrent to others who might want to emulate her example.

Prior to her sentencing on Friday, 17th April, 2021, some celebrities had started a campaign '#freeakuapem poolo' on social media seeking to get the attention of the judge to acquiesce to their demands for either a lesser punishment or better still forgiveness.

Celebrities such Sakordie, Akumaa Mama Zimbi, Hajia4Real, Efya, DKB, Bridget Otoo and others were part of the campaign to free Akuapem Poolo.

In as much as I respect some of these celebrities, I find their campaign and plea hypocritical and a reflection of who we are as Ghanaians and the main reason why our society has sunk into the abyss of moral decadence.

The judge in my humble view, has done very well to put Akuapem Poolo into her place and that should serve as a strong warning to all celebrities that, no one is above the law.

The fact that, they have some considerable amount of fame and wealth does not give them the temerity to behave in ways that are debauched and affects the cultural sensibilities of us as a people.

Indeed, some of us don't care a hoot about what anyone does with his or her life but, once you decide to put your life out there in public, it has consequences on others and must always be inconformity with the law and cultural ethos of Ghanaians.

We are a communal people and what each one does has repercussions on another and as such they must take a cue from the disgraceful experience of Akuapem Poolo.

This is a good example and must put all celebrities in their toes to appreciate that, there are laws in Ghana and same can be binding on all of us irrespective on ones status.

Some Celebrities around the world have been jailed for wrongdoing and Akuapem Poolo wouldn't be the last and all of us must take a cue from it.