By Papa_Yaw️ (self media writer) | 2 years ago 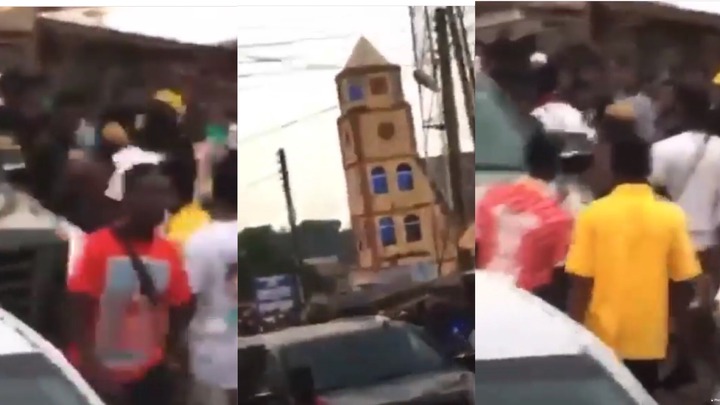 According to report and a video fast trending on social media via Instagram, it’s said that the people of Krofrom in Kumasi, the capital of Ashanti Region have attacked Shatta Wale over what he did to his former best friend who is late, Junior US.

It could be recalled that, after the sudden death of Junior US, a Ghanaian living in the US came out to slam Shatta Wale for allegedly owing his friend Junior US who was shot dead in the US.

According to him, Shatta Wale is owing Junior US after collecting money from him to perform at his birthday party.

In a video which went viral as at that time, the gentleman expressed his disappointment at the Shatta Movement boss.

Talking to the host, he said "do you see the guy who was shot here, his $10,000 is with a big artiste in Ghana." Of which he made it known that the big artist was Shatta Wale.

However in the recent video which suggest Shatta wale has been attracted in Kumasi, it is said that the reason for his attack is for taking Junior US’ 10,000 US dollars and even refusing to go to his funeral or refund his money after his sudden death.

Content created and supplied by: Papa_Yaw️ (via Opera News )