Sam George, MP for Ningo Prampram clashed with a Presidential Staffer in the studios of GHOne. The duo were hosted by Serwaa Amihere, host of the station’s morning show. Miracles Aboagye admitted that indeed the galamsey menace has gone too far. He noted that something has to be done to curb the tide of destruction of river bodies. According to Dennis Aboagye, the laws have to deal with those found guilty of galamsey whether it is John Mahama or Sam George. 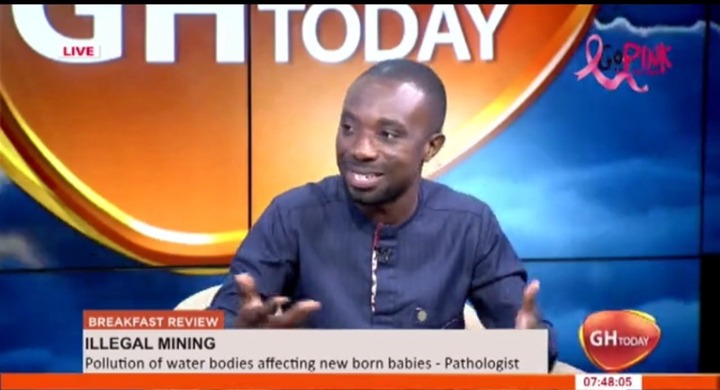 Sam George however wasn’t pleased with some of the comments of Dennis Aboagye. According to Sam George, the government has failed and called on the President Akufo-Addo to admit that he has lost the fight against galamsey. Sam George questioned why no kingpin has been jailed so far and doubted the genuineness of the government to fight galamsey.

He told Dennis who happens to be the Director of Local government, Decentralization and Rural development to tell his boss the president that he should wake up and deal with his party people. He stated that until the president investigates and prosecutes those around him involved in galamsey, there isn't any fight at all.

“When you get back to your boss in the Jubilee House, tell him the truth. He has failed. He should start an investigation because Wontumi says he has him in his pocket” Sam George said.

Sam explained that NPP party people like Wontumi are operating illegally and yet the president pretends as though he has no idea. Sam added that he gets appalled when some NPP communicators blame John Mahama for failing to halt galamsey. He opined that because John Mahama couldn’t do it all that was why he was replaced with Akufo-Addo and as such there is no need for the NPP to turn around to blame John Mahama.